How does correlation work in text mining?

When we are done in pre-processing the text (removing stop words, stemming, lower case) then creating a term document that has TF-IDF as weight.

How can I decide what correlation test to do between my terms and the target variable?? I want to know what terms are affecting my target. My target variable is continuous from 1 to 100.

For example, when I used Pearson correlation it did not making sense to me as I am not sure what is an increase or a decrease for a word used.

Edit: I did a scatter plot for the function score and TF-IDF for the term "word". Since the TF-IDF is sparse and has alot of zeros , the plot didnt seem to be linear or make sense... how can I proceed if I want to find the correlation ? 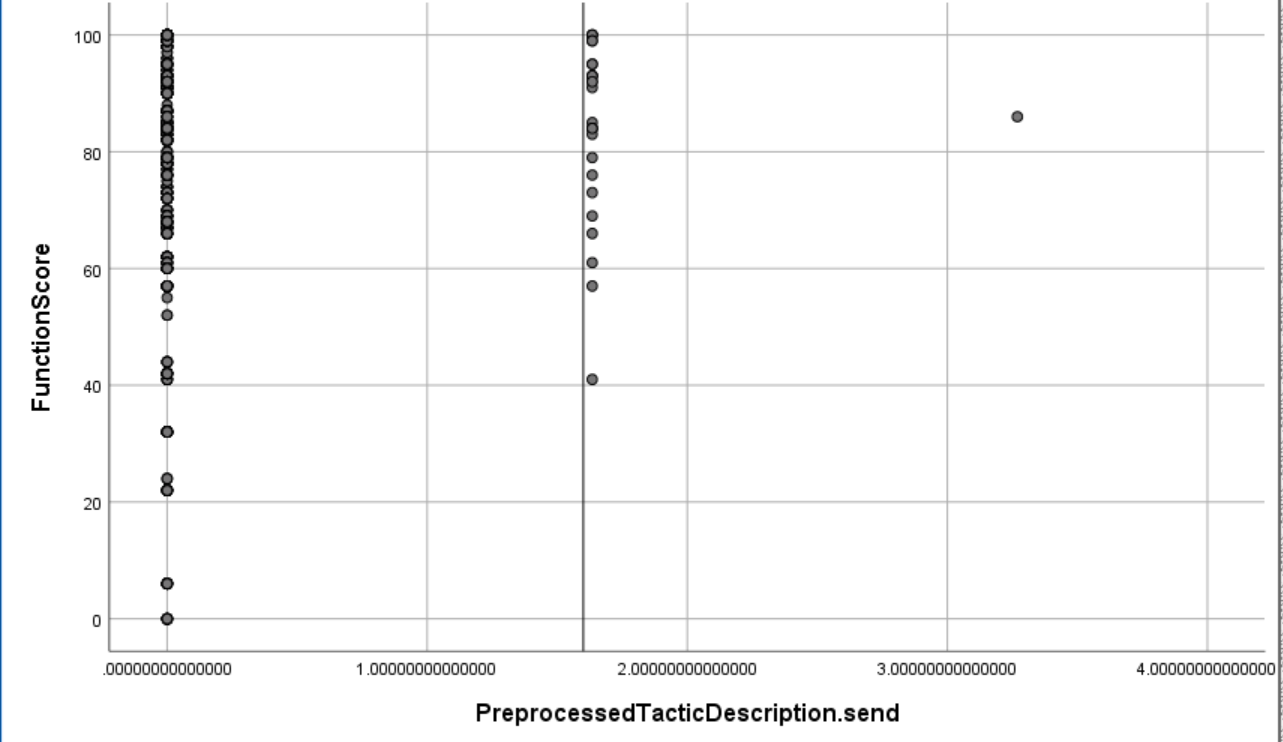 Pearson correlation is normalized covariance. Square the Pearson correlation to get the coefficient of determination, denoted $R^2$ or $r^2$ and pronounced "R squared". $R^2$ is the proportion of the variance in a dependent variable that is predictable from the independent variable(s). In other words, $R^2$ relates an explained fraction. For example, if $R^2=0.8$, the word used would explain 80% of the variance of the thing you are correlating to.

The sign of the correlation coefficient indicates how the dependent and independent variables relate. For example, a negative correlation means that decreased word usage suggests an increase in what you are measuring.

There are likely better things to look at to do what you want to do, but this answers your question and is a good start.

Not the answer you're looking for? Browse other questions tagged correlation text-mining sparse tf-idf or ask your own question.

12
Incremental IDF (Inverse Document Frequency)
1
Software or libraries to create doc-term matrix
0
What is the minimum training set size required for a given number of features for document classification?
0
I have an easy Text mining frequency question
3
Dimensionality reduction (PCA) for plotting text documents on a graph
3
How to prepare a dataset for text classification
1
TFIDF for feature selection method for unlabeled text documents ?
0
Analysis using text
2
Tf-idf for text classification: On what should IDF be calculated?
0
Why does TF-IDF use the count of the most common word in the document instead of total count of all words in the document?