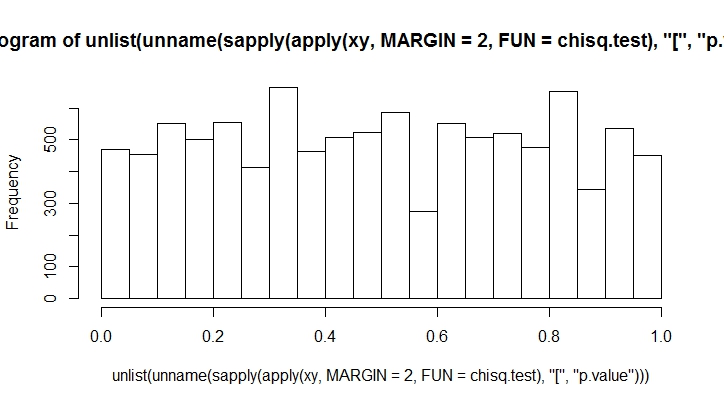 Not the answer you're looking for? Browse other questions tagged hypothesis-testing chi-squared-test goodness-of-fit uniform-distribution dice or ask your own question.

1
Super noob requesting help testing dice balance
0
How to do an equidistribution test?
0
Statistical test for a random die roll?
13
Testing random variate generation algorithms
5
Verifying that a random generator outputs a uniform distribution
11
Designing a test for a psychic who says he can influence dice rolls
6
Chi-squared distribution for dice not returning expected values?
3
How to estimate the likelihood function for random generator of three events?
1
Test to prove a random selection

1
Reading the chi-square table
0
Distribution of simulated chi square statistic vs theoretical
23
How many times must I roll a die to confidently assess its fairness?
2
How to interpret the results of a chi square and p-values of a distribution uniformity test
4
Fairness of 6 sided die NOT using Chi Square Test
5
How to test if two events with unknown probabilities are different or not