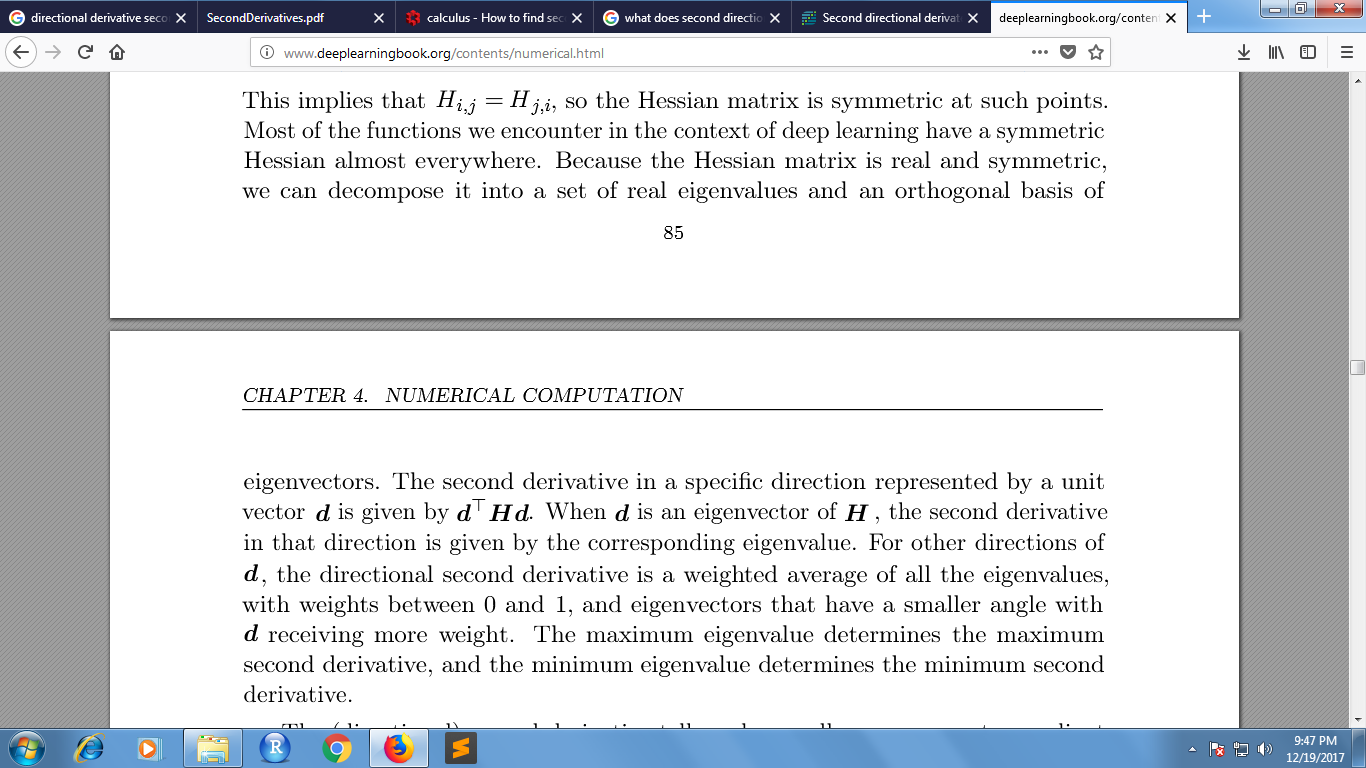 Not the answer you're looking for? Browse other questions tagged deep-learning eigenvalues derivative or ask your own question.

6
PCA: Eigenvectors of opposite sign and not being able to compute eigenvectors with `solve` in R
6
Why does the direction with highest eigenvalue have the largest semi-axis?
0
How to interpret eigenvectors in PCA analysis?
2
How to get the eigenvalue expansion of the covariance matrix?
2
How to translate eigenvectors and eigenvalues to the number of clusters in spectral clustering?