Forgive me if these two things are completely unrelated but I often find myself confusing one for the other. From my understanding, for example in a Gaussian mixture distribution you mix $n$ Gaussian distributions and each Gaussian is multiplied by a scalar that determines the "amount" that the Gaussian makes up the mixture.

For a multinomial distribution, if I'm rolling a $k$ sided die $n$ times then I get a distribution over the probability of each of the $k$ sides (maybe I have this wrong?).

This at least to me seems like both a mixture and a multinomial consist of multiple distributions. Is the key difference then the scalar factor in the mixture?

There are two key components to a mixture, a kernel with parameters $\theta$, represented by a pdf $p(x|\theta)$, and a mixing distribution $p(\theta)$. The mixture of the this kernel and mixing distribution is given by $p(x)=\int p(x|\theta)p(\theta)d\theta$. In the case of a $k$ component Gaussian mixture model, the kernel $p(x|\theta)$ is a Gaussian pdf (where $\theta$ can be either the mean, the variance, or both the mean and the wariance if you want to infer them both), and the mixing distribution is the weighted sum of point masses at $k$ values of $\theta$, i.e. $g(\theta)=\sum_{i=1}^{k}\pi_i\delta_{\theta_i}(\theta)$, where $\delta_{\theta_i}(\cdot)$ is a point mass at $\theta_i$, the parameter of the $ith$ component of the mixture, and $\pi_i$ is the mixing proportion of the $ith$ component (where the $\pi_i$ add up to 1 so that $g$ is a valid pdf). You can verify through properties of integrating over point masses/dirac delta functions that this leads to the standard representation of a $k$ component Gaussian mixture: $p(x)=\sum_{i=1}^{k}\pi_ip(x|{\theta_i})$.

In essence, the difference is that multinomial is sum of (catagorical) independent random variable, while mixture model is not (well, that's why it has a term). 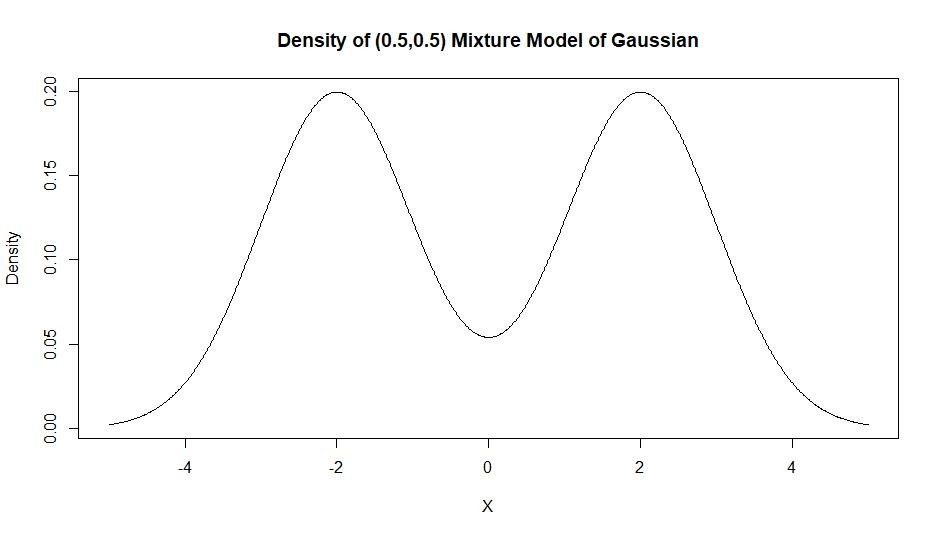 Sum of independent random variables can create a distribution that is completely different. Consider the following two cases:

Calculating the densities in this cases might be challenging. Two common techniques are convolution and multiplying moment generating functions. 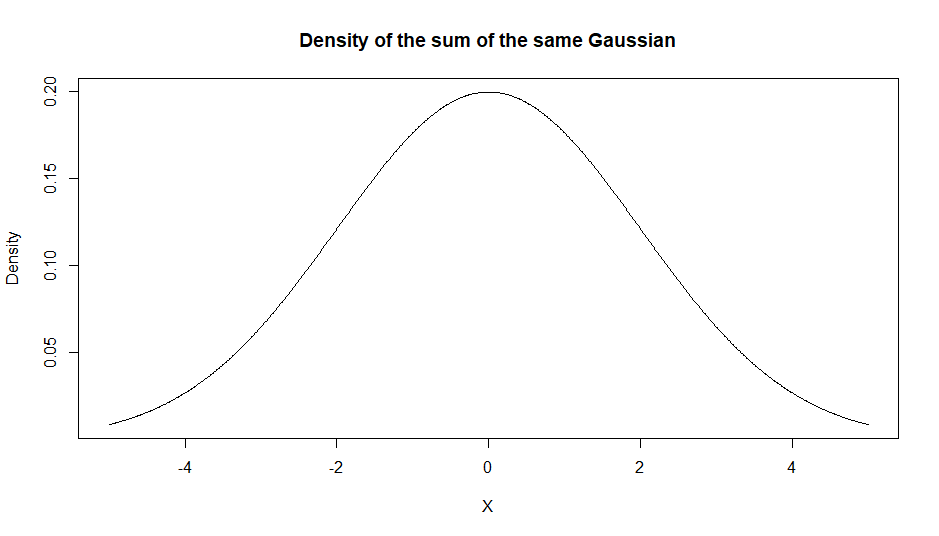 Now, suppose $Z_1,\ldots,Z_K$ are $K$ different random variables with (possibly distinct) Gaussian distributions. Let $Y$ be yet another random variable with the following property: $Y=Z_j$ with probability $p_j$ for each $j=1,\ldots,K$. Then, $Y$ has a Gaussian mixture distribution.

Not the answer you're looking for? Browse other questions tagged distributions or ask your own question.

3
Does the probability of multiple independent events follow a normal distribution?
2
Can a dice-roll experiment involving re-rolls and “negative successes” be modeled as a distribution?
0
Finite mixture model from empirical distributions
1
Fitting distribution to data with heteroscedastic errors
1
How would you create a process (Gaussian, Dirichlet)
17
What is a distribution over functions?
1
Question about sums of Gasussian Mixture models