Why does this set of data have no covariance? 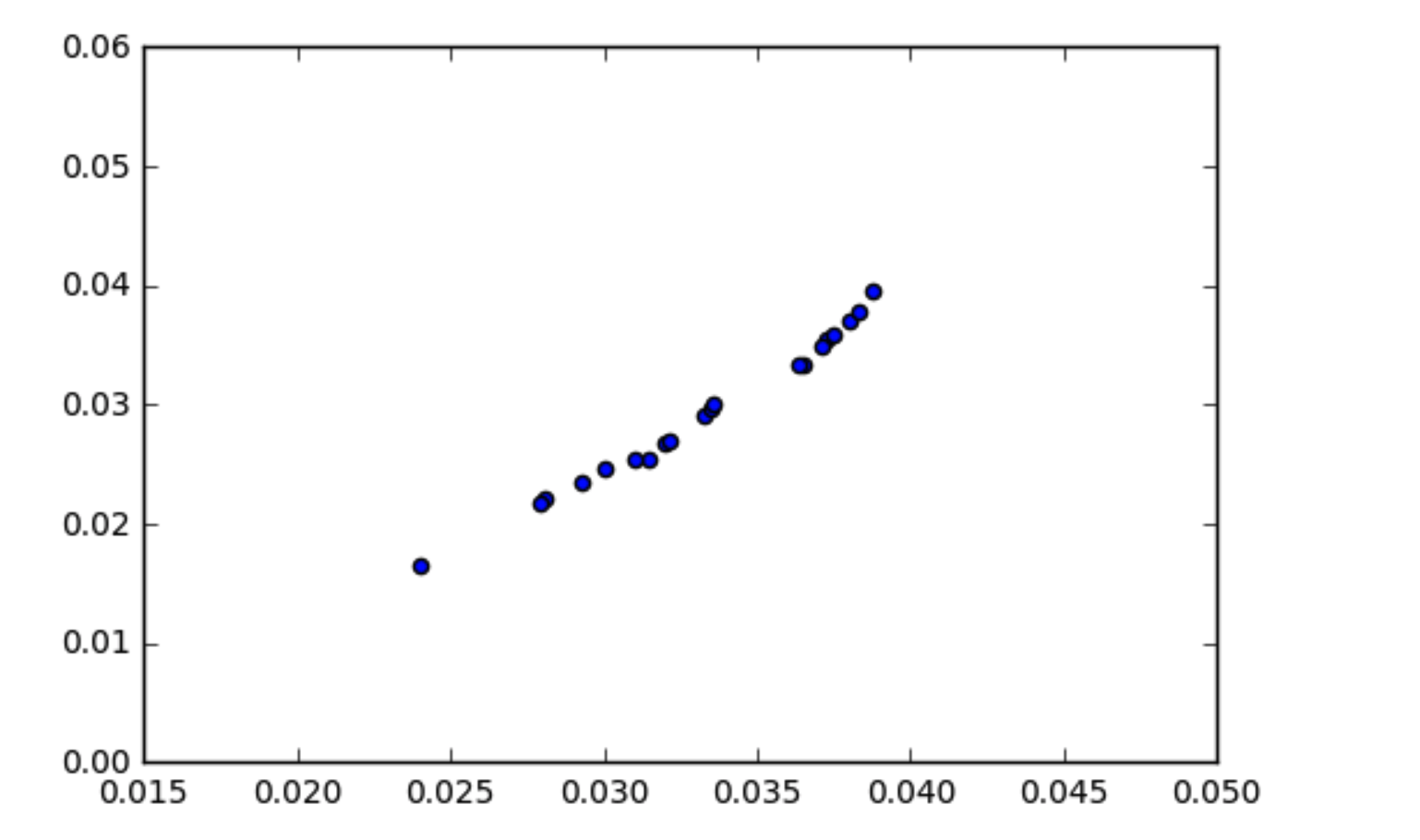 The magnitude of covariance depends on the magnitude of the data and how close those data points are scattered around the mean of that data. It's easy to see when you look at the formula:

In your case, the deviance of the x1 and x2 data points to the mean of x1 and x2 are:

Now if you multiply those two vectors with each other you obviously get quite small numbers:

Now take the sum and devide by $n-1$ and you have the covariance:

That's the reason why the magnitude of the covariance doesn't say much about strength of how x1 and x2 co-vary. By standardizing (or normalizing) the covariance, that is dividing it by the product of the standard deviation of x1 and x2 (very similar to the covariance, i.e. 2.609127e-05),

you get the high correlation coefficient, of $r=0.99$, which confirms what you can see in your plot.

Let's talk about what can be seen from a quick glance at the plot and some reasonableness checks (these are the sort of things one can do as a matter of course when looking at data, simply being armed with a few basic facts):

The ranges on both variables are on the order of 0.02 (roughly) so the variances should be no more than about half that, squared, or about $10^{-4}$.

Consequently, the observed values of the variances in your output make sense; they are both less than that, but more than a tenth of it.

From that very rough analysis, nothing looks surprising.

Indeed, if we say they're not so far from uniform, the covariance would be bounded by something nearer 1/12 the product, rather than 1/4 -- i.e. for roughly uniform variates with those ranges it would be less than about $2.9\times 10^{-5}$ -- but not a lot less because the correlation is high.
[These variates aren't uniform - they're left skew - but it's close enough for our present purposes.]

So just from looking at the range of each variable and the rough sense of the marginal distributions and correlation in the plot, I'd expect the covariance to be a bit less than $2.9\times 10^{-5}$. It is actually about $2.6\times 10^{-5}$.

(Not so bad for a quick back-of-the-envelope calculation starting with ranges to two significant figures!)

Not the answer you're looking for? Browse other questions tagged python descriptive-statistics covariance or ask your own question.

24
What does a non positive definite covariance matrix tell me about my data?
12
Principal Component Analysis and Regression in Python
4
I have my data set, now what?
0
math behind polynomial regression
5
What's the added value of SD line over regression line when examining association between 2 variables?
2
Covariance for Random Variables vs. Sample Data
0
Fitting Gaussian mixture model with constraints (eg. mu1<mu2) in Python