Is it possible that two Random Variables from the same distribution family have the same expectation and variance, but different higher moments?

I was thinking about the meaning of location-scale family. My understanding is that for every $X$ member of a location scale family with parameters $a$ location and $b$ scale, then the distribution of $Z =(X-a)/b$ does not depend of any parameters and it's the same for every $X$ belonging to that family.

Say $X$ and $Y$ come from the same distribution family (where with family I mean for example both Normal or both Gamma and so on ..). Define:

But can they have different higher moments?

My attempt to answer this question is that if the distribution of $X$ and $Y$ depends on more than 2 parameters than it could be. And I am thinking about the generalized $t-student$ that has 3 parameters.

There is apparently some confusion as to what a family of distributions is and how to count free parameters versus free plus fixed (assigned) parameters. Those questions are an aside that is unrelated to the intent of the OP, and of this answer. I do not use the word family herein because it is confusing. For example, a family according to one source is the result of varying the shape parameter. @whuber states that A "parameterization" of a family is a continuous map from a subset of ℝ$^n$, with its usual topology, into the space of distributions, whose image is that family. I will use the word form which covers both the intended usage of the word family and parameter identification and counting. For example the formula $x^2-2x+4$ has the form of a quadratic formula, i.e., $a_2x^2+a_1x+a_0$ and if $a_1=0$ the formula is still of quadratic form. However, when $a_2=0$ the formula is linear and the form is no longer complete enough to contain a quadratic shape term. Those who wish to use the word family in a proper statistical context are encouraged to contribute to that separate question.

Here, is an example of how the shape parameter figures into it. The generalized error density function and here, is an answer that appears to have a freely selectable kurtosis. 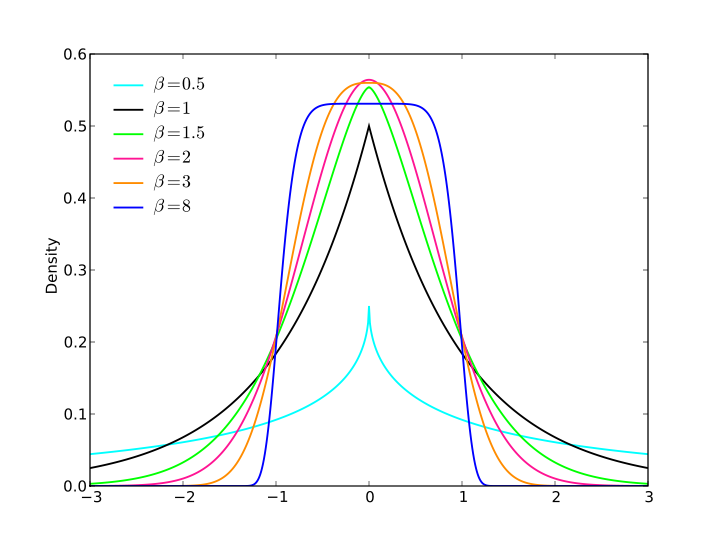 That is, if we want to vary higher order moments, and if we want to maintain a mean of zero and a variance of 1, we need to vary the shape. This implies three parameters, which in general are 1) the mean or otherwise the appropriate measure of location, 2) the scale to adjust the variance or other measure of variability, and 3) the shape. IT TAKES at least THREE PARAMETERS TO DO IT.

We can argue this many ways. My opinion is that a normal PDF is a sub-selected form of a Student's$-t$ 's PDF, but that a normal PDF is not a sub-selection of a gamma PDF even though a limiting value of a gamma PDF can be shown to be a normal PDF, and, my reason for this is that in the normal/Student'$-t$ case, the support is the same, but in the normal/gamma case the support is infinite versus semi-infinite, which is the required incompatibility.

If you want an example which is an "officially named parameterized distribution family, you can look into the generalized gamma distribution, https://en.wikipedia.org/wiki/Generalized_gamma_distribution. This distribution family has three parameters, so you can fix mean and variance and still have freedom to vary higher moments. From the wiki page, the algebra do not look inviting, I would rather to do it numerically. For statistical applications, search this site for gamlss, which is an extension of gam (generalized additive models, in itself a generalization of glm's) which have parameters for "location, scale and shape".

Another example is the $t$-distributions, extended to be a location-scale family. Then the third parameter will be the degrees of freedom, which will wary the shape for a fixed location and scale.

There is an infinite number of distributions with mean zero and variance one, hence take $\epsilon_1$ distributed from one of these distributions, say the $\mathcal{N}(0,1)$, and $\epsilon_2$ from another of these distributions, say the Student's $t$ with 54 degrees of freedom rescaled by $\sqrt\frac{1}{3}$ so that its variance is one, then $$X=\mu+\sigma\epsilon_1\qquad\text{and}\qquad Y=\mu+\sigma\epsilon_2$$ enjoy the properties you mention. The "number" of parameters is irrelevant to the property.

Obviously, if you set further rules to the definition of this family, like stating for instance that there exists a fixed density $f$ such that the density of $X$ is $$\frac{1}{\sigma^d} f(\{x-\mu\}/\sigma)$$ you may end up with a single possible distribution.

I think you are asking whether two random variables coming from the same location-scale family can have the same mean and variance, but at least one different higher moment. The answer is no.

Since the question can be interpreted in multipe ways I will split this answer into two parts.

The problem with case A can be easily answered/demonstrated by many families with a shape parameter.

The problem with case B is more difficult since one and a half parameters seem to be sufficient to specify location and scale (location in $\mathbb{R}$ and scale in $\mathbb{R_{>0}}$), and the problem becomes whether two parameters can be used to encode (multiple) shapes in addition as well. This is not so trivial. We can easily come up with specific two parameter location scale families and demonstrate that you do not have different shapes, but it does not proof that this is a fixed rule for any two parameter location scale family.

A: Can two different distributions from the same 2 parameter distribution family have the same mean and variance?

The answer is yes and it can already be shown using one of the explicitly mentioned examples: the normalized Gamma distribution

where $\gamma$ is the incomplete gamma function.

B: Can two different distributions from the same 2 parameter location-scale distribution family have the same mean and variance?

I believe that the answer is no if we consider only smooth families (smooth: a small change in the parameters will result in a small change of the distribution/function/curve). But that answer is not so trivial and when we would use more general (non-smooth) families then we can say yes, although these families only exist in theory and have no practical relevance.

For a location-scale family that can be generated in such way we have:

So translation and scaling can convert a single distribution into a location-scale family. The question is whether the reverse is true and whether every two parameter location-scale family (where the parameters $\theta_1$ and $\theta_2$ do not necessarily need to coincide with the location $\mu$ and scale $\sigma$) can be described by a translation and scaling of a single member from that family.

For particular two parameter location-scale families like the family of normal distributions it is not too difficult to show that they can be generated according to the process above (scaling and translating of single example member).

One may wonder whether it is possible for every two parameter location-scale family to be generated out of a single member by translation and scaling. Or a conflicting statement: "Can a two parameter location-scale family contain two different member distributions with the same mean and variance?", for which it would be necessary that the family is a union of multiple subfamilies that are each generated by translation and scaling.

A contrived example occurs when we make some mapping from $R^2$ into $R^3$ (cardinality-of-mathbbr-and-mathbbr2) which allows the freedom to use two parameters $\theta_1$ and $\theta_2$ to describe a union of multiple subfamilies that are generated by translation and scaling.

which may be considered a two parameter location-scale family (albeit not very useful) that can not be generated by translation and scaling of only a single member.

A less contrived example, than using this tan-function, is given by Whuber under the comments of Carl's answer. We can have a family $x \mapsto f(x/b + a)$ where flipping the sign of $b$ keeps the mean and variance unchanged but possibly changing the uneven higher moments. So this gives a bit more easily a two parameter location-scale family where members with the same mean and variance can have different higher order moments. This example from Whuber can be split into two subfamilies each of which can be generated out of a single member by translation and scaling.

If we try to make a single smooth two parameter distribution family (smooth: a small change in the parameters will result in a small change of the distribution/function/curve) by somehow making a composition of two or more families that are generated by translation and scaling, then we get into problems to have the two parameters cover both the variation of 'mean' and 'variance', as well as the third parameter 'shape'. A formal proof will have to go along the same lines as the answer to the question: Is there a smooth surjective function $f:\mathbb{R}^2 \mapsto \mathbb{R}^3$? (where the answer is no in the case of smooth, ie. infinitely differentiable, functions although there are continuous functions that would do the job such as Peano curves).

but these need to be multiple valued functions and these can not make continuous transitions, the different values from $f_{\theta_1}(\mu,\sigma)$ for a particular $\mu$ and $\sigma$ are not continuous, and will not be able to model a continuous shape parameter.

I am actually not so sure about this final part. We could possibly use a space-filling curve (such as the Peano curve, if only we knew how to express coordinates on the curve to coordinates of the hypercube) to have a single parameter $\theta_1$ completely model multiple features like mean and variance, without giving up the property that a small change of the parameter $\theta_1$ is equivalent to a small change of the function $f(x;\theta_1)$ at every $x$

Not the answer you're looking for? Browse other questions tagged probability distributions mathematical-statistics random-variable moments or ask your own question.

24
Why isn't Akaike information criterion used more in machine learning?
15
Definition of family of a distribution?
4
Why does the von Mises-Fisher distribution need two parameters?
3
What are the properties of the "unfolded" gamma distribution generalization of a normal distribution?