Copula for non-standard distributions in R

I'm trying to model a bivariate distribution using copulas in R. See image below for the pairs plot of the data. Variable 1 can be modeled nicely using a gamma distribution, but variable 2 fails miserably. I think the only way variable 2 could be modeled is by a customized piece-wise distribution? 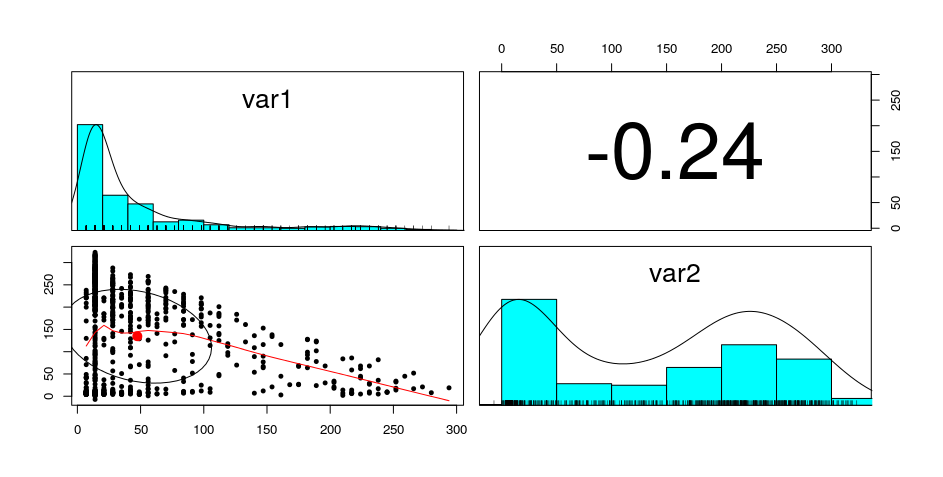 See the histograms below: 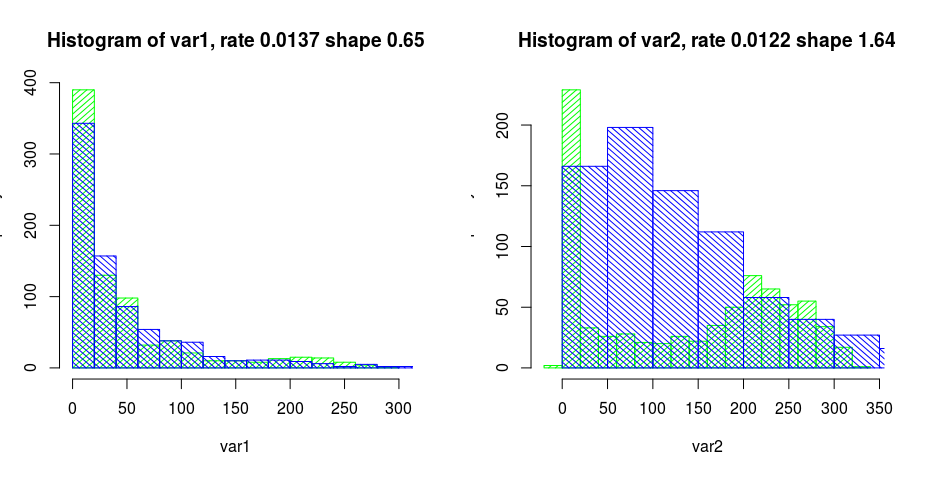 I've been folling the tutorial here:

Which produced the following plots: 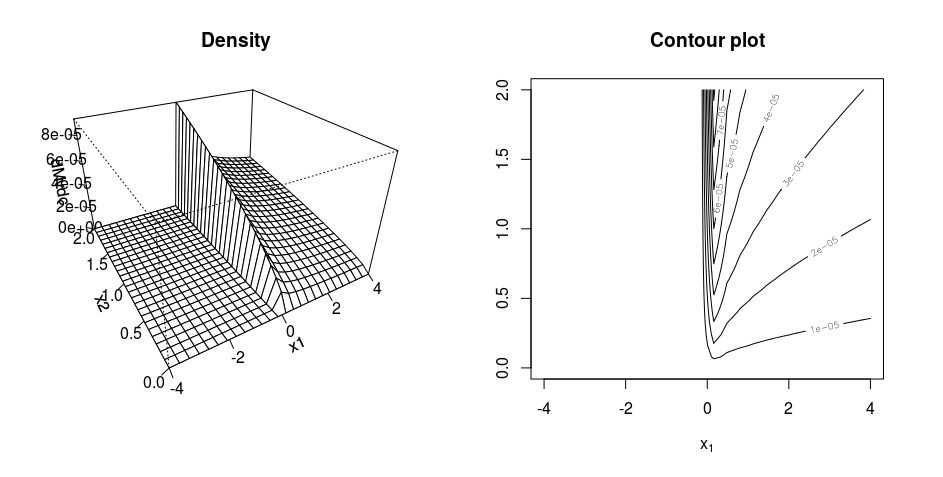 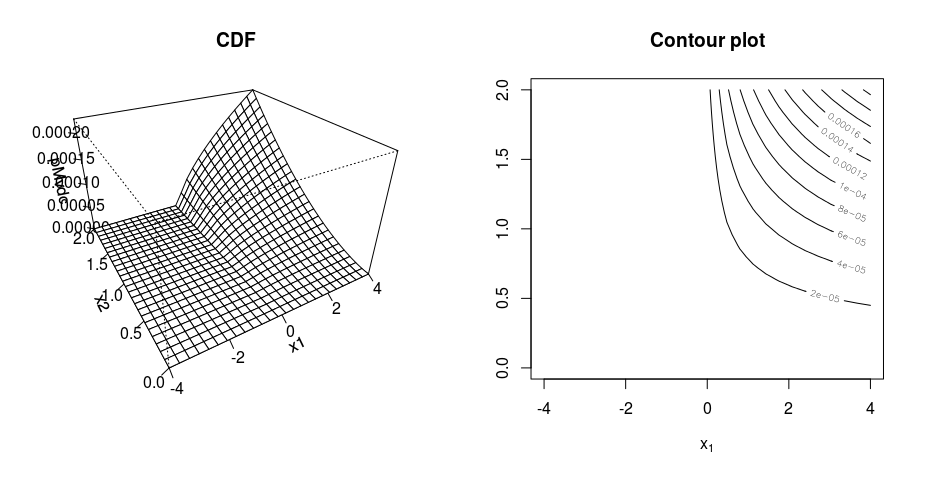 Another problem is that I'm not sure what to do about var2's distribution! It's obviously not correct using gamma, but it is not a negative binomial or some other standard distribution either, and I think the margins field in the function mvdc only accepts strings of the standard distributions. Is there any way of defining my own distribution as input into the mvdc function?

About the perspective and contour plots looking strange: It's true that the maximum of the density is not at $(0,0)$, but also you are plotting only a tiny part of the distribution. Try different xlim and ylim arguments, e.g., 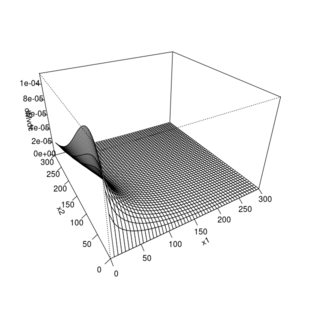 About custom marginal distributions for the copula model: That's possible simply defining a density function dsomething, a distribution function psomething, and (if you need sampling) a quantile function qsomething in the global environment of R. Here is an example with a Gaussian mixture distribution; I made up some parameter values: 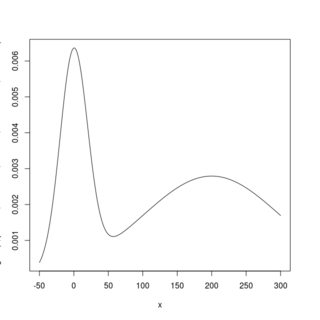 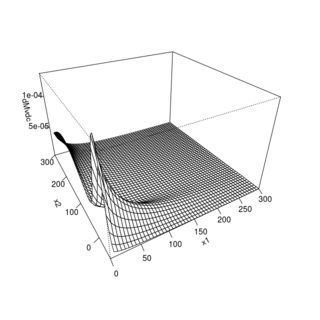 Not the answer you're looking for? Browse other questions tagged r distributions joint-distribution copula bivariate or ask your own question.