Why do we need density in estimation and cumulative distribution in transformation?

In statistic, when we want to find the estimation of the model parameters, do we only work with the density function?

Why do we need to work with density function instead of Cumulative distribution function?

Why we do not use density in transformation and use it in estimation?

What are the benefits of density function over the Cumulative distribution function and ecdf and vice verse?

I guess that what you mean is maximum likelihood estimation scenario, where we consider some value $\hat \theta$ as the best guess for $\theta$ if it maximizes the likelihood function:

Imagine a simple model, where we want to estimate the mean of normal distribution with known standard deviation $\sigma$, say that instead probability density function you used cumulative density function and tried to maximize $\prod_{i=1}^n F(x_i|\mu)$, then no matter of what your data is the perfect choice for $\mu$ is $-\infty$ since $\Pr(X -\infty \le x) = 1$ for any $x$, so the function reaches it's maximum at such value. 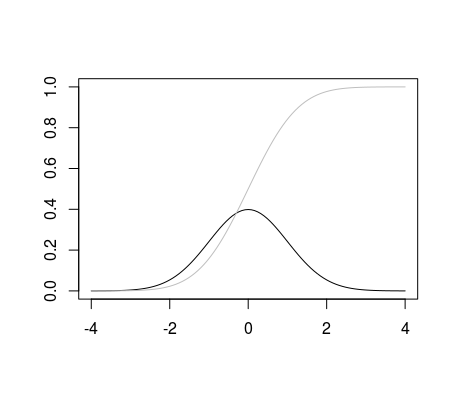 Not the answer you're looking for? Browse other questions tagged maximum-likelihood pdf cdf ecdf or ask your own question.