Now the results of the ANOVA does show significant interaction of test and body region, however there is no significant main effect of region (p=0.86) - how can that be...? For both tests, the regions have clearly different measurement values. Help appreciated

This is sometimes called a cross-over interaction, and if you plot the data you will immediately understand why: 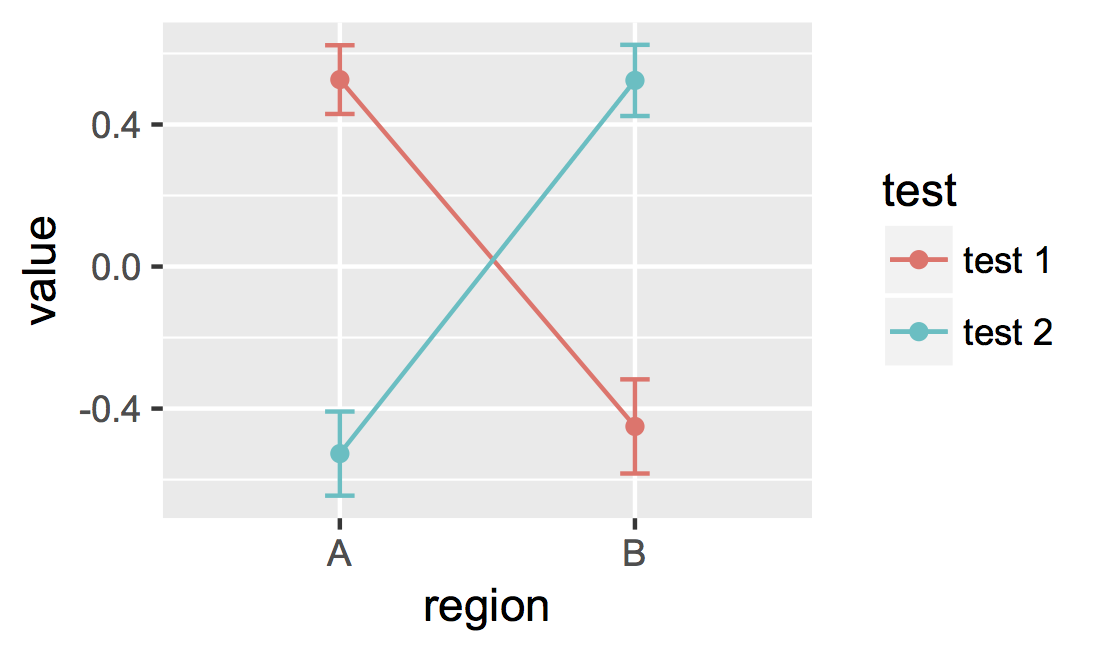 Edit: A main effect of "region" would indicate that there is evidence for a systematic difference between measurements taken in region A and B, regardless of the test used (test 1 vs. test 2). Plotting the same data from the above figure without considering the factor "test" makes it clear that there is no evidence for such difference in the data. 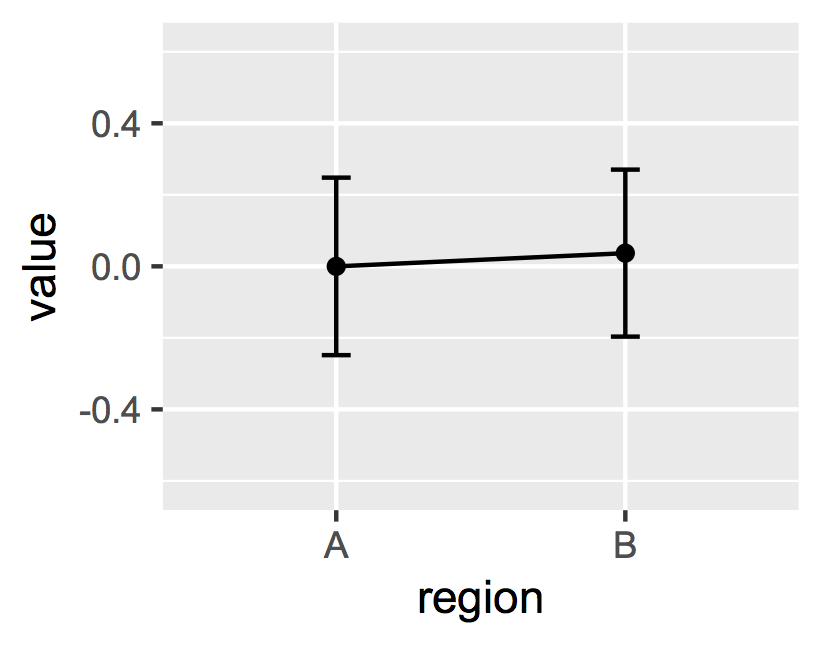 8
General approach for non-parametric two-way ANOVA
4
Can I trust the result of a one-way ANOVA with many treatments each with very few replicates
0
Is conducting an ANOVA comparable to several pairwise comparisons?
1
Different (Welch's) ANOVA tests and post hoc contradict paired tests. Which one to accept?
1
Confusing main effect in mixed design ANOVA
0
Simple main effects and separate t-tests