Help needed with my box plot

I decided to give box and whiskers plots a try with my data. However, the produced box plots look a bit abnormal. I have not been able to find such cases online. For example, my "T" value has no box at all, while the median of "R" value is actually the same as first quartile. Is this normal? I'm not sure I want to include it in my class presentation like that. 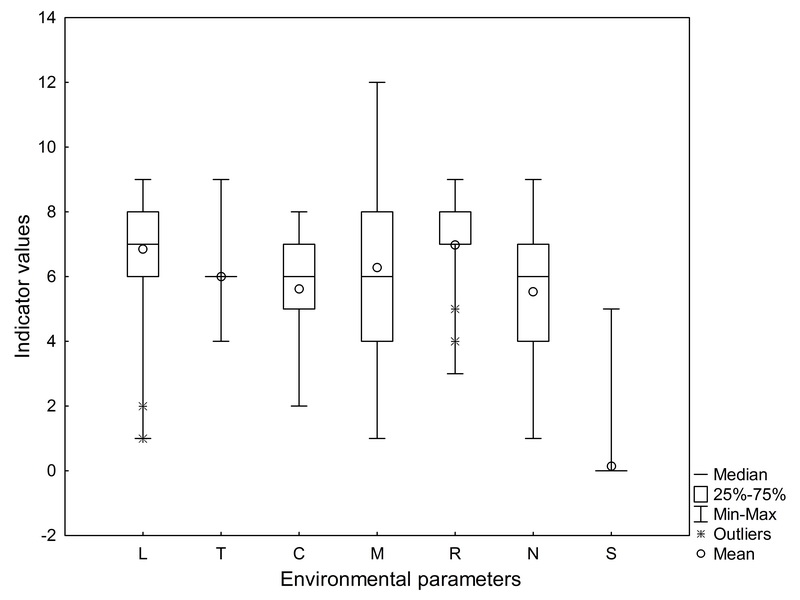 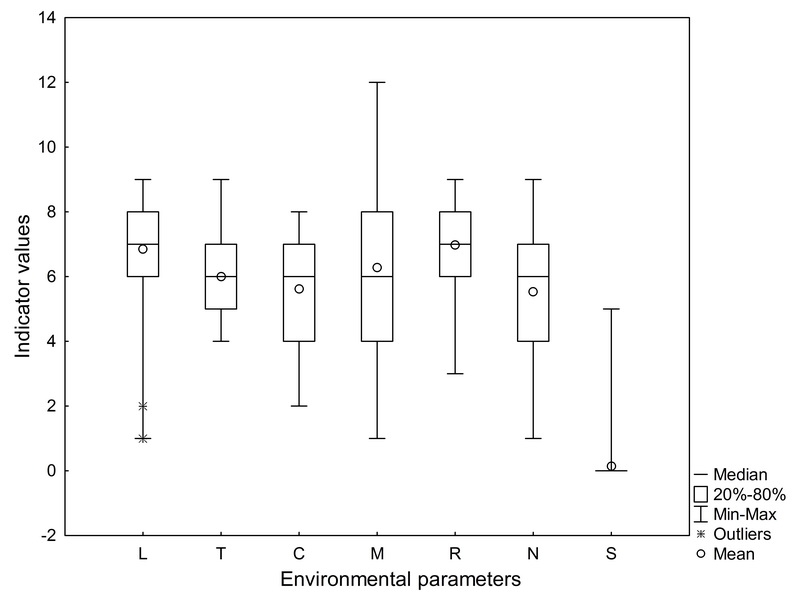 @BioXX explains the main point clearly: with data like yours, all small integers, ties of two or more of minimum, median, quartiles and maximum are likely, with inevitable side-effects that boxes and/or whiskers may be of zero length and thus not visible as such.

You would in broad terms get similar problems with other quantile summaries with your kind of data. Using quartiles as box ends rather than say 20 and 80% points is largely a convention, but you would certainly need to explain and justify something different.

I would go further and say that a box plot is not especially useful for such data, not least because important detail is either hidden altogether or cryptic at best. Some kind of histogram or bar chart display is not only much simpler and easier to explain, but considerably more useful in showing the data directly. Here is a token example. 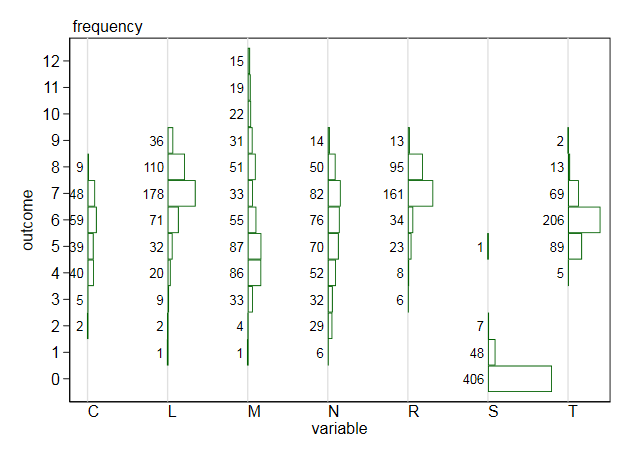 I've not addressed the missing values in your data. This is just every recorded value, regardless of whether there is a recorded value for other variables in the same observation.

Whether the bars should touch is partly a matter of taste, and partly a matter of ideas about the variables. Anyone wanting to see the points as measured on an approximate continuum might well be happy with touching bars; anyone wanting to emphasise the discrete or even ordinal nature of the data might prefer gaps. Here we have precisely no information on what the variables are.

A more subtle variant might be to use square root scale for the counts, a rootogram in J.W. Tukey's terms.

Not the answer you're looking for? Browse other questions tagged boxplot .

3
Boxplot interpretation: is it correct that a boxplot is missing a whisker?
2
Have I presented this Mann-Whitney U test appropriately?
0
How can this boxplot be transformed suitably?

8
How to interpret a box plot?
5
Interpreting weird box plot with reversed whiskers
3
Box plot with just two values does not have its whiskers in R
12
Confused by location of fences in box-whisker plots
1
Robust statistic for representing small dataset with outliers and representing them graphically
0
box plot analysis.
7
Missing quartile in boxplot
1
Maximum possible outliers for a Box-Whisker-Plot