How to interpret this logistic regression table?

As someone without much statistics training it can be very annoying to come across tables like this one (supposedly explaining the relationship between various individual level characteristics, such as age, class and perceptions of immigration rates, and the tendency to vote to leave the EU) in academic papers/books: 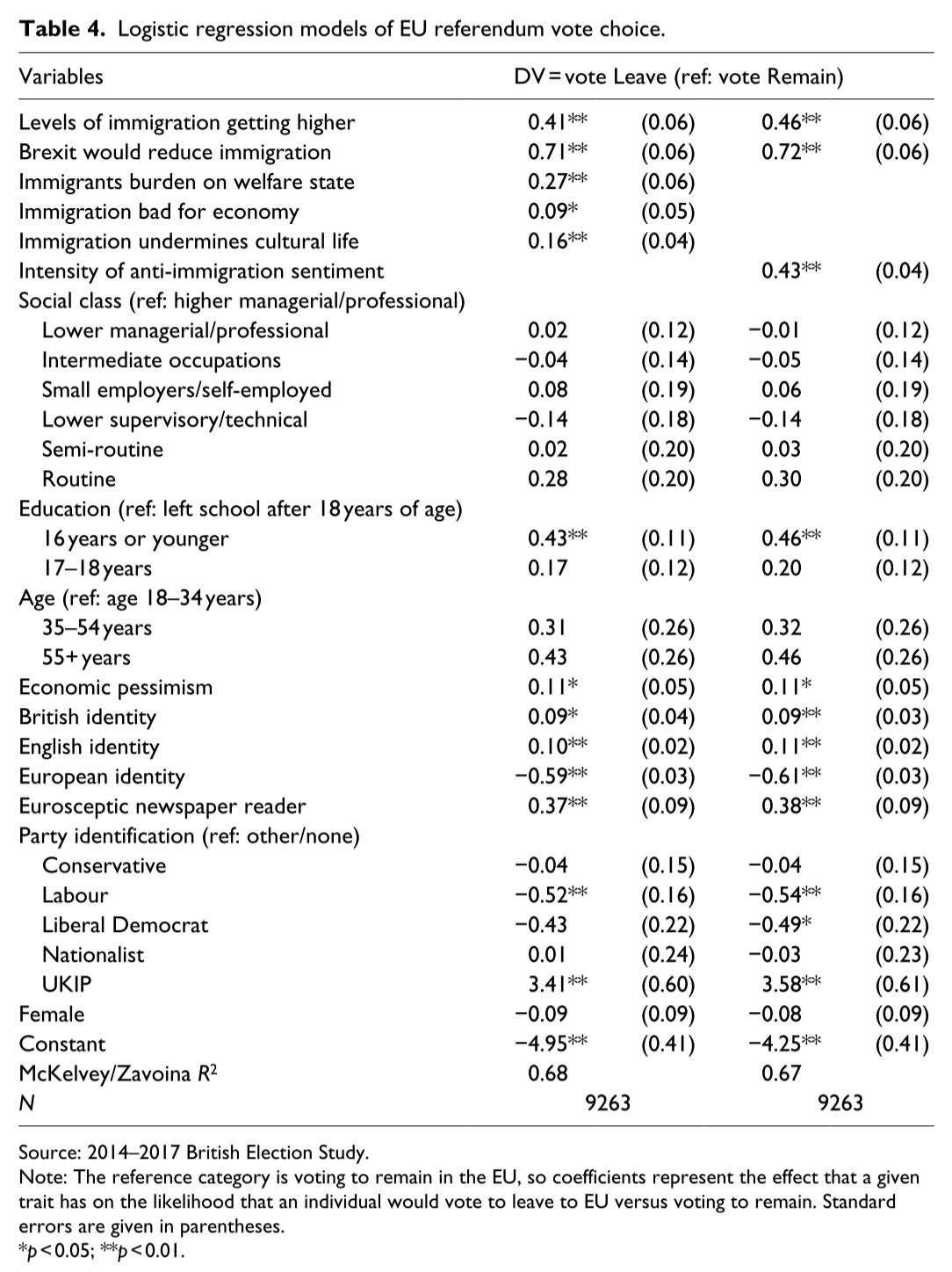 There are a couple things bothering me here:

What is the significance of logistic regression coefficients?

Not the answer you're looking for? Browse other questions tagged regression logistic interpretation or ask your own question.

44
What is the significance of logistic regression coefficients?