OLS vs. Regression with ARMA errors

To estimate the relationship between the dependent and independent varaibles, I am considering two regression techniques: standard OLS and Regression with ARMA errors as outlined in this extremely helpful article https://robjhyndman.com/hyndsight/arimax/.

When comparing the coefficients and residuals calculated by the two methodologies, I am struggling to interpret which is preferable. I'll walk you through my thought process with the hope that others can better intuit which is the preferable model.

When I estimate the model using OLS, I get a decently fit model (63% Adj R-squared) with all coefficients showing some degree of significance:

The model residuals pass stationarity tests, so I feel fairly confident that my model isn't misspecified. Below are my residuals plotted over time as well as the ADF test on the OLS residuals. 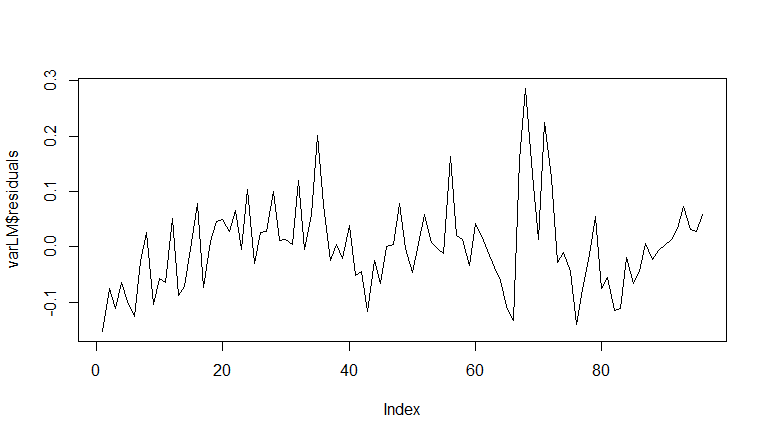 Now where my models got dinged is that the residuals show autocorrelation. Below is the Durbin-Watson test for this model:

A model validator could not get over that 1) my models had autocorrelation and 2) that I didn't use an arima structure. In fact they told me that the above model was basically garbage. On the autocorrelation point, I thought I could get around it using Newey-West Standard errors as I've read that serial correlation only affects the model's standard errors...

Based on this feedback, I investigated using a regression with ARMA errors to resolve the serial correlation issue in my models. I used the auto.arima function in R to fit an ARIMA model on my residuals: 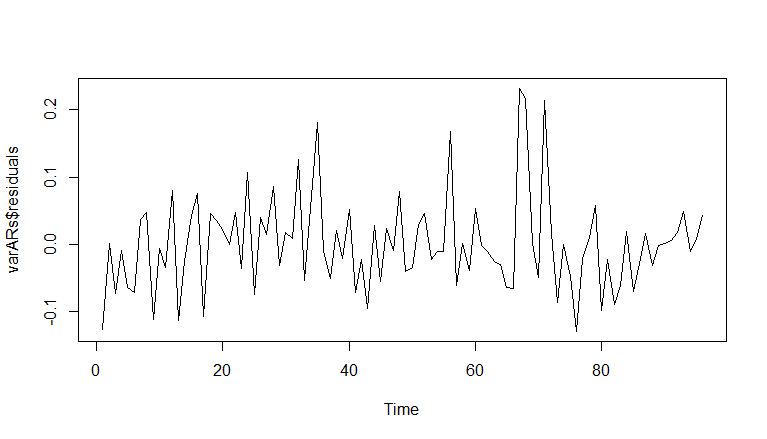 Am I wrong to say that the OLS model is fine, despite the serial correlation of the residuals? My preference is to stick to a simpler model structure (OLS) because I'd prefer to avoid a more complex model if possible. The other issue with the ARMA model is that I"m building multiple - what I've shown here is a subset. And when use the auto.arima function, I'm getting a different mix of AR() and MA() terms for each model.

I guess in general, is there a good rule of them of when OLS is appropriate for times series and when an ARIMA model is preferrable?

Am I wrong to say that the OLS model is fine?

I'd say no, you're not wrong, but it does depend on what you mean by "fine." An economist introduced me to the book "A Guide to Econometrics" by Peter Kennedy, which is a really nice book for telling you what happens when classical assumptions are violated but you use the classical technique anyways. Usually the sky does not fall, but you do lose something.

In the case of regression with autocorrelated errors, Section 7.4 states:

"With positive first-order autocorrelated errors this implies that several succeeding error terms are likely also to be positive, and once the error term becomes negative it is likely to remain negative for a while...In repeated samples these estimates will average out, since we are as likely to start with a negative error as with a positive one, leaving the OLS estimator unbiased, but the high variation in these estimates will cause the variance of [the OLS estimator] to be greater than it would have been had the errors been distributed randomly."

Additionally, it goes on to mention that the variance of beta_OLS is also underestimated, which of course will mess up your test statistics. But you still have unbiasedness!

The fact that the errors in OLS are autocorrelated indicate that your model, which you built using the sample data, cannot be used to comment on the relationship between population parameters.

If you have used all the entire data in your population for your model, your R-square may be high - indicating some sort of linear relationship. But, even then model cannot be used for forecasting accurately for the future - meaning that one cannot be sure of the validity of coefficients of the regression output on unseen future data.

You are perfectly fine to use the OLS Method. I would just recommend utilizing robust p-values to show that your variables are still significant and running Bruesch-Pagan, Durbin-Watson and ADF tests against your results to further show the model is solid. No one model is ever better than another, it all depends upon the context of the utilization of the model. The approach I have shared is current and common practice across the financial industry.

Not the answer you're looking for? Browse other questions tagged time-series forecasting arima least-squares assumptions or ask your own question.

3
SAS Proc Arima - DF, ADF, SIC, AIC, autocorrelation in residuals
10
What is the difference between serial correlation and having a unit root?
5
Selecting between ARMA, GARCH and ARMA-GARCH models
0
How to fit an ARMA process to residuals in R
2
OLS with ARMA errors, tip or two
2
Interrupted time series analysis of data with deterministic trend and seasonality
1
Why does my ARMA forecast get smaller over time?
1
Result interpretation for Regression With ARIMA Errors