difference between convex and concave functions

what is the difference between convex, non-convex, concave and non-concave functions? how will we come to know that the given function is convex or non-convex? and if a function is non-convex then it will necessarily be concave one? Thanks in advance

A convex function has one minimum - a nice property, as an optimization algorithm won't get stuck in a local minimum that isn't a global minimum. Take $x^2 - 1$, for example:

A non-convex function is wavy - has some 'valleys' (local minima) that aren't as deep as the overall deepest 'valley' (global minimum). Optimization algorithms can get stuck in the local minimum, and it can be hard to tell when this happens. Take $x^4 + x^3 -2x^2 -2x$, for example:

A concave function is the negative of a convex function. Take $-x^2$, for example: 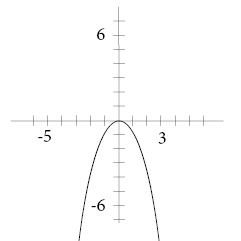 A non-concave function isn't a widely used term, and it's sufficient to say it's a function that isn't concave - though I've seen it used to refer to non-convex functions. I wouldn't really worry about this one.

To define a convex function, you need a convex set $X$ as the domain and $\mathbb{R}$ as the codomain.

A function is convex if it satisfies the following property:

You should read through the wikipedia page of convex funciton.

In one dimension, you can visualize the dimension as whenever you pick any two points on the domain and connect them using a straight line, the straight line is always equal to or above the graph. 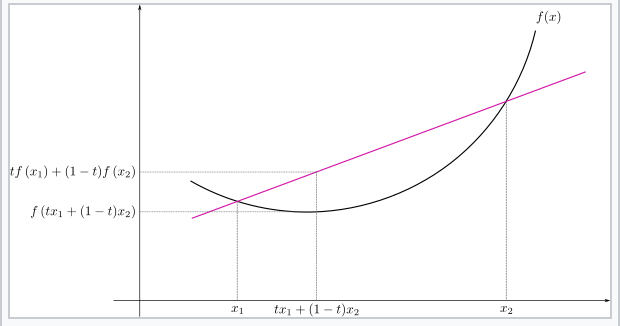 Personally, I find the following property to check convex property to be incredibly useful:

"A continuous, twice differentiable function of several variables is convex on a convex set if and only if its Hessian matrix of second partial derivatives is positive semidefinite on the interior of the convex set."

Not the answer you're looking for? Browse other questions tagged machine-learning optimization sparse or ask your own question.