Comparing slopes in a time series following an intervention

There are lots of related CV questions to the title above, but I'm looking for some clarification on a specific approach, and some explanation. 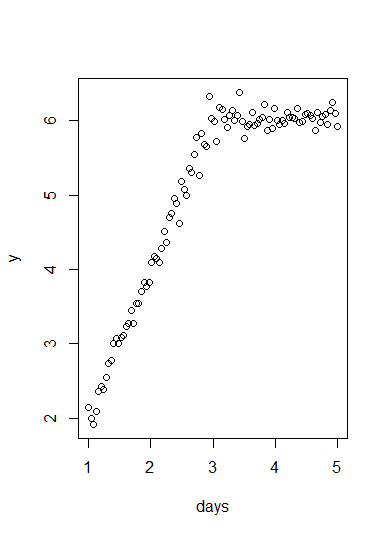 Some data points are plotted (note that here time is the independent variable) and we can see that a change point (by the set up) occurs at days = 3.

Comparing slopes generally is referred to in a number of questions (1, 2, 3) but most closely to this one.

In general, the three main approaches are as follows:

I have also seen but not used packages like https://google.github.io/CausalImpact/, which seems to take a Bayesian approach.

Finally, it could be that none of these are appropriate, as suggested here.

What is the difference in these methods, assuming they are applicable (especially when related to my use case with a time series and an intervention), and how should I choose between them? I'm specifically interested in the underlying assumptions of each, the statistical power, and anything else relevant.

As a sub question, it feels like method 3 is a bit naïve, perhaps because it's treating the pre- and post- interventions as independent groups (I think) - I also can't find many references to it in literature (as opposed to the dummy variable approach, which comes under the umbrella of Interrupted Time Series), so I'm interested to hear anything about the pros and cons of this approach in comparison to the dummy variable approach.

Not the answer you're looking for? Browse other questions tagged regression time-series intervention-analysis or ask your own question.

20
Test a significant difference between two slope values
5
Dummies instead of the Chow test
6
Test for the significance of the effect of an intervention in a time series
5
Testing whether there is an increase between two regression slopes in a time series
2
Ways of comparing linear regression intercepts and slopes?
2
Is a Chow test appropriate for this intervention analysis?
0
How to analyze trends of multiple patients' data before and after an intervention