Why does a better null model increase the power of the LRT?

Related question: Hypothesis testing: Why is a null model that fits the data well better than one that doesn't?

I simulated a response, y, that is influenced by a covariate but not by the "treatment" (the thing I care about) as follows:

I computed the likelihood ratio statistic (LRS) between a null model that omits trt and an alternative model that includes trt in two ways.

In both cases, the distribution of the LRS was $\chi^2_1$, as you can see in this figure: 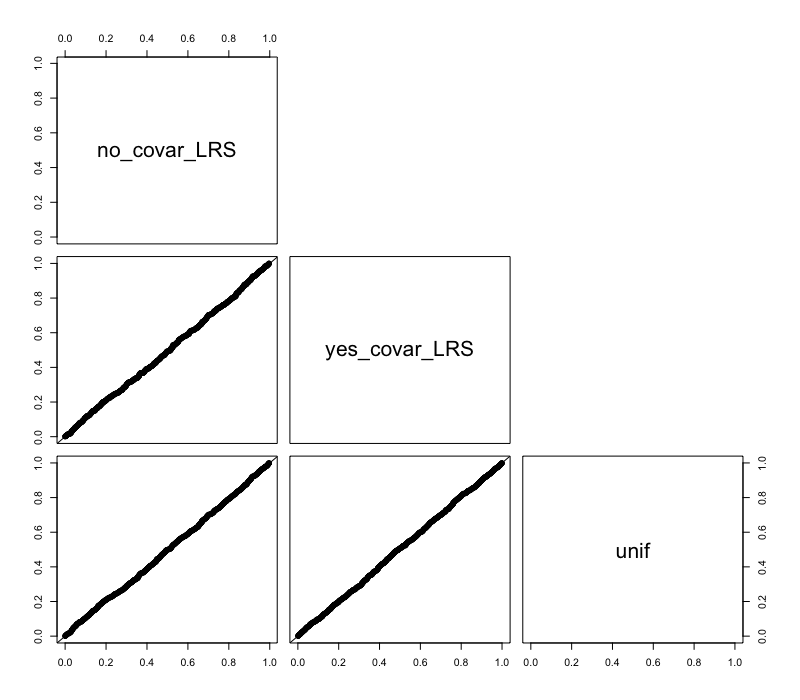 Here's the gist showing how I ran this simulation in R.

Then, I repeated the process, but simulated a situation where there actually is a treatment effect: 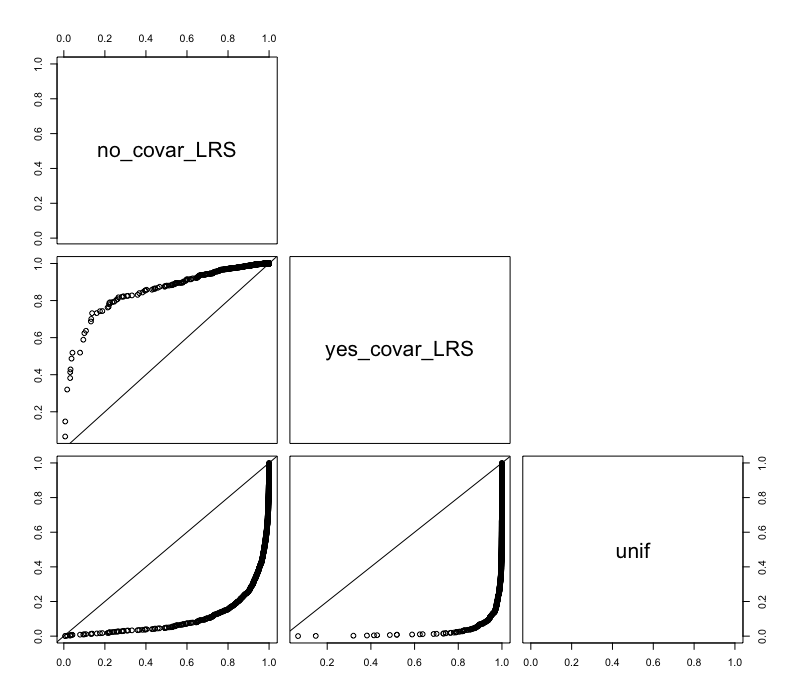 If I were thinking about things from a parameter estimation perspective and using a Wald test to test whether the effect of trt is zero, I could readily understand why including the covariate in the null and alternative models would increase my power to reject the null -- the standard error of the effect estimate is $\frac{\hat{\sigma}}{V(x)}$, so anything that decreases $\sigma$ will increase the precision of the estimate.

LRSs will be positive:

These comparisons aren't directly relevant but, the models are nested so the inequality seems obvious:

But the increased LRS with the covariate modeled doesn't follow directly from any of that. It relates to this inequality:

which I can rearrange into:

Now why would that be true? Can anyone offer a mathematical or conceptual explanation of why it's beneficial to model a covariate in both the null and alternative models?

In your model, omitting the precision variable effectively doubled the residual variance. Reducing the variance by a factor of 2 at the sacrifice of 1 degree of freedom is a fair exchange in any sample size. A more thorough discussion of precision variables can be found in the Regression Methods in Biostatistics text by Vittinghoff et al.

Not the answer you're looking for? Browse other questions tagged hypothesis-testing likelihood-ratio or ask your own question.

4
Hypothesis testing: Why is a null model that fits the data well better than one that doesn't?

18
Have I computed these likelihood ratios correctly?
4
Hypothesis testing: Why is a null model that fits the data well better than one that doesn't?
0
In the equivalence test (TOST procedure), why is the null hypothesis the presence of a real effect?
4
LRT comparing a random effects model and nested logistic regression model
6
Defining extremeness of test statistic and defining $p$-value for a two-sided test