Why does forward stepwise selection reduce the AUC of a classifier to values < 0.500?

I've included code to reproduce this situation below using the StepAIC function in the MASS R package and a processed version of the UCI Mammography Dataset (link). I ran this code several times to show how AUC and AIC change based on the number of variables added to the model.

As shown, AIC decreases monotonically with each variable, which is expected given that we are add variables to minimize AIC. However, the AUC falls way below 0.500 after adding the second variable... and then stays below 0.500 thereafter. To be clear, I wouldn’t expect forward stepwise selection to monotonically increase AUC, but I also would not expect it to reduce AUC so drastically in a single step / output a classifier that is worse than random guessing.

I'm wondering if anyone can explain this phenomenon? Is there a methodological issue in using AIC as the selection criterion? Or could there be a bug with the StepAIC package? 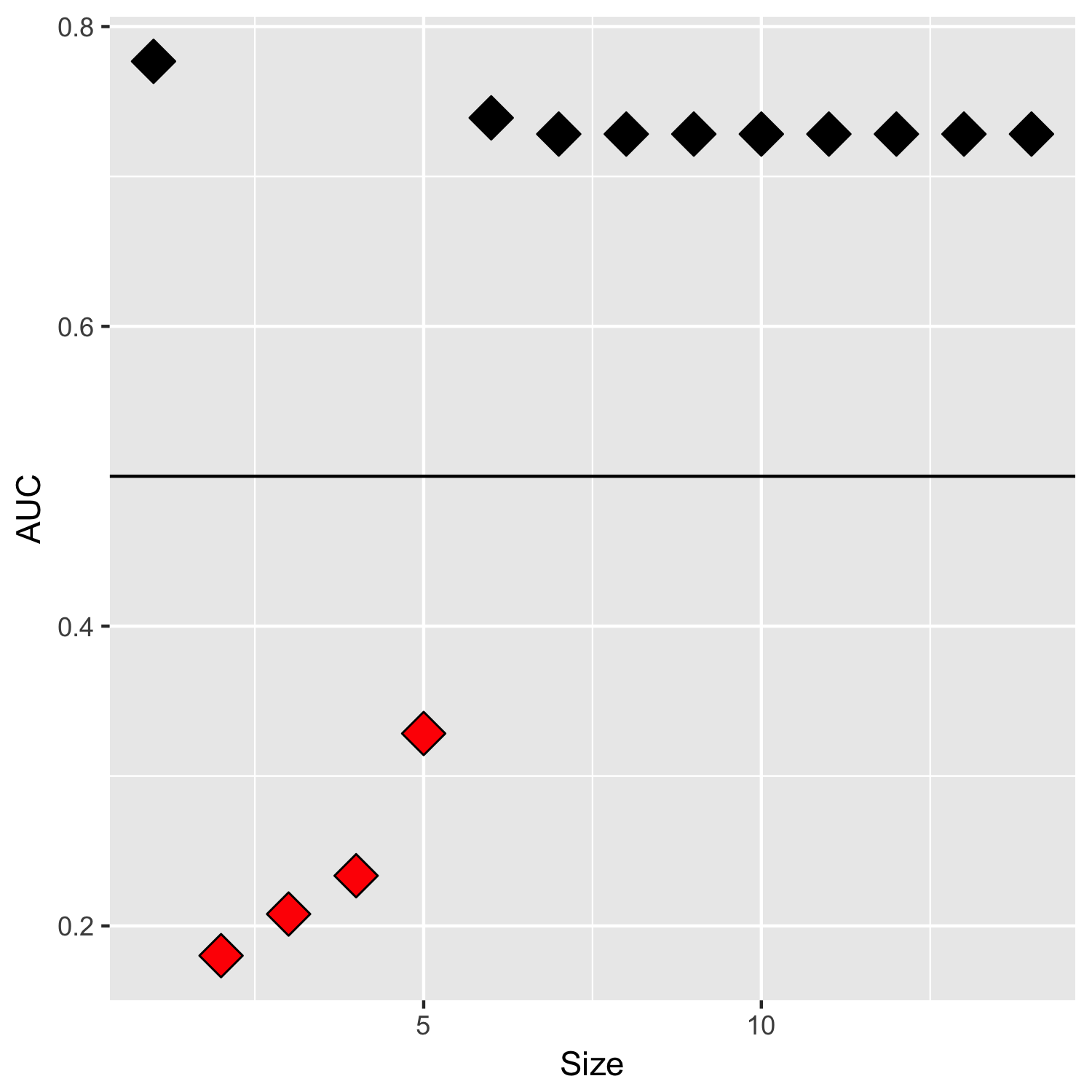 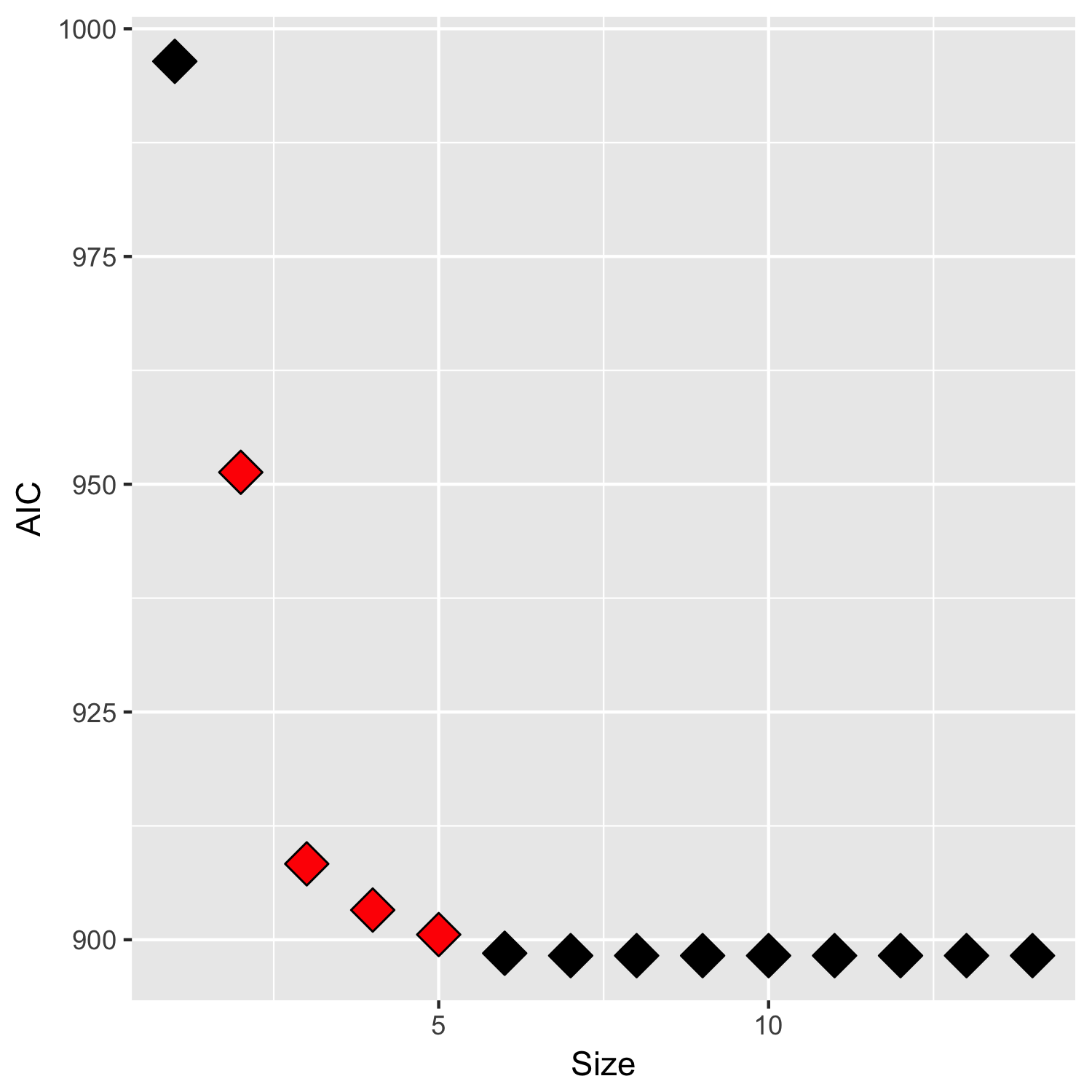 I don't see the problem. Check this demo.

Not the answer you're looking for? Browse other questions tagged classification feature-selection aic stepwise-regression or ask your own question.

6
Incorporating random effects in the logistic regression formula in R
10
Generalized linear mixed models: model selection
2
Linear model predictor selection. Which method to use ?
2
using stepAIC of MASS package to select variables with a significance level of 5% in R project
3
What does it mean that stepwise, backward and forward selection methods are “path dependent”?
2
Difference in AIC value and significance of a factor?
0
Are repeated cross validation, forward feature selection, and LASSO compatible?