Detecting changes in large number of time-series that share seasonality

I have large number of time-series that are independent of each other, but share some seasonality patterns. I need to detect anomalies/changes (increased volume, change in mean), that appear in the individual time-series. I also have some potential explanatory variables, but they seem to be rather weak as predictors.

What would be the best approach for such data? I need something that scales to larger data. I would rather sacrifice accuracy for computational performance, then the opposite, so I'm looking for something simple. 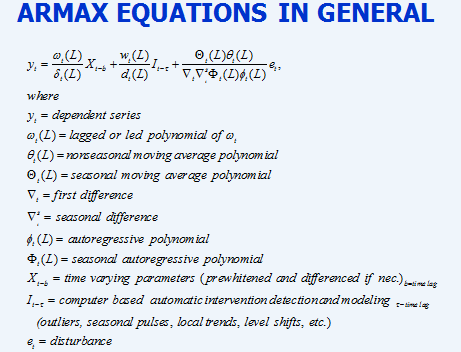 can be used to develop useful equations that can then be classified or segmented.

"Things" can be simplified for expedience , if that is the goal. Doing this with freely available web resources is a little bit more tricky.

Not the answer you're looking for? Browse other questions tagged time-series large-data change-point anomaly-detection novelty-detection or ask your own question.

76
What algorithm should I use to detect anomalies on time-series?
2
On-line detection of changing in a time series
2
What are the characteristics of this time series?
7
Judging flatness of time-series
4
Forecasting short time-series at scale
4
Is modelling a structural change in a time series useful for statistical forecasting?