I have a question about prior choice that has arisen from some analysis I have been doing. I don't think the particular details of the model are necessary for this question, but my Bayesian knowledge is relatively limited so apologies if I have omitted something crucial.

Is it appropriate to infer from this that the informed prior is a poor choice?

Here are the MCMC chains from the two different analyses 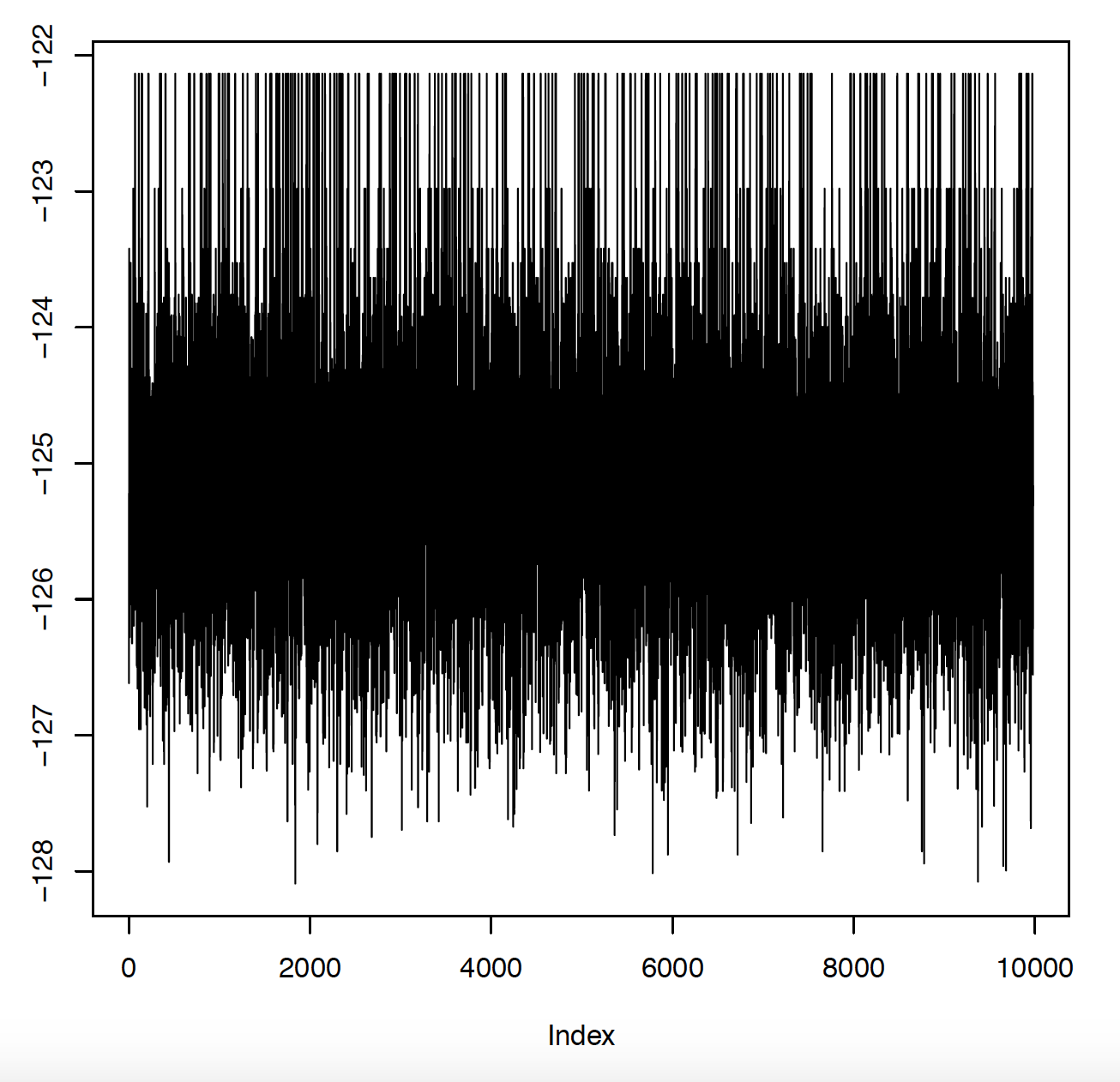 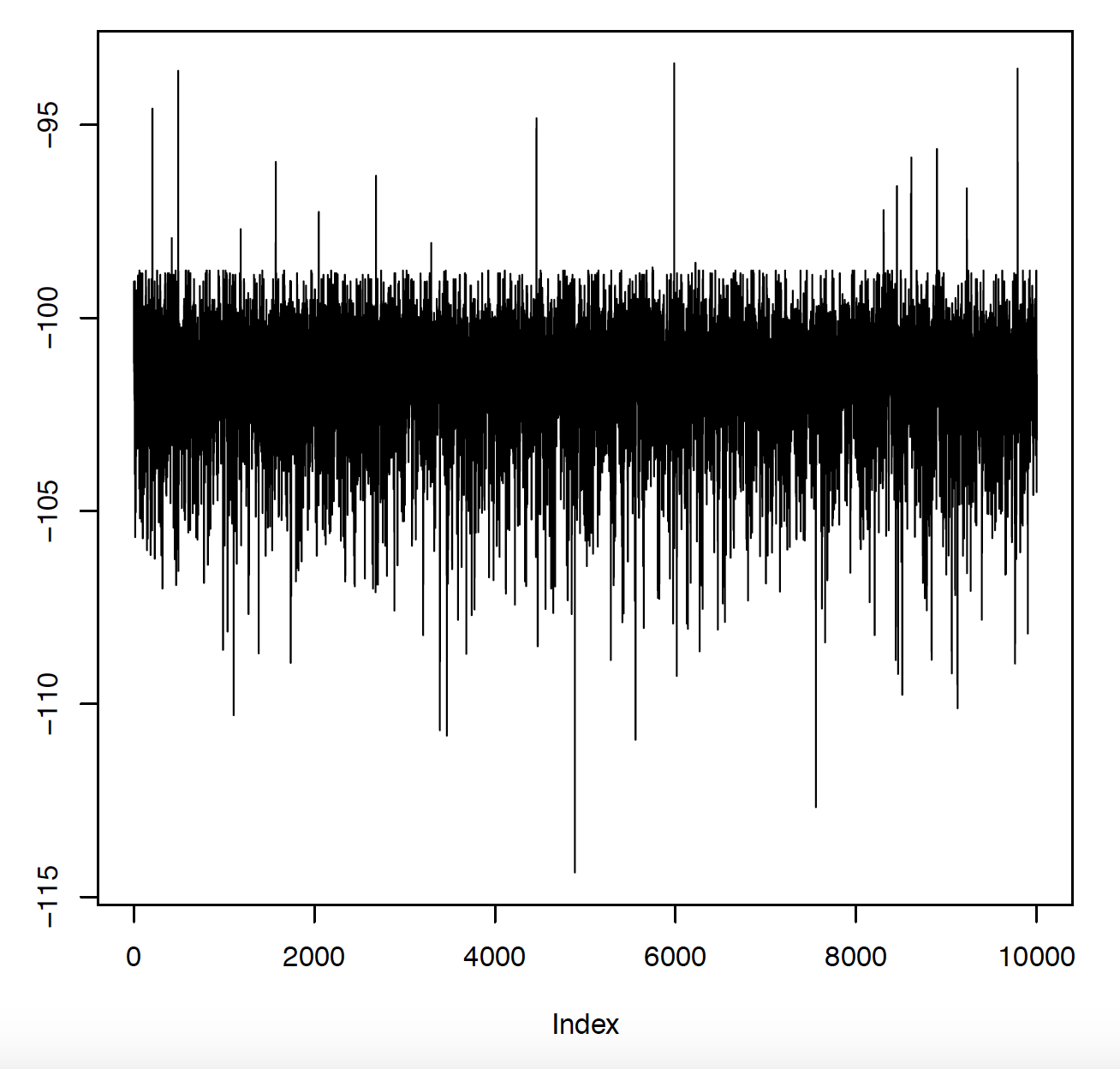 I do think something strange is going on in both of these, but I don't know why they aren't in the same likelihood space.

You can report the influence a prior has on a result, but there is no way to distinguish "good or bad." The purpose of the prior is to include real information that you have about the likely location of the parameter. As an example, imagine that you had performed prior research on the topic and so you used those parameter estimates as your prior. As a comparison, you used an uninformative prior to show the difference.

Now let's consider a couple of possible scenarios. In the first scenario, unknown to you, in your first sample for your first set of experiments, you, by chance, chose a very unusual sample if you had known the true sample space. The informed prior knowledge happens to be bad. The second sample is reasonably representative. You don't know what to do, so you drop the informative prior from your research. As it works out, this is fortunate because the happenstance of drawing an unusual sample is now avoided.

In the second example, unknown to you, the first sample happens to be very representative of the data and you use the resulting posterior as your prior. Unfortunately, when you perform the second experiment, by chance, you happen to draw a very unusual sample. You compare the results with the two priors and drop the one with the informative prior. Unfortunately, you now have a very biased set of parameter estimates because you are unaware that you have drawn a strange sample.

If the informed prior really represents information from the literature or experience about the actual location of the prior, then it should be left alone. It may be the case that the content in the original experiment was a false discovery and so you may modify or weaken your prior to allow for that, but it should be maintained in the research.

You should have constructed your prior density before doing the experiment as it contains the information about the parameters from outside the sample itself.

The question you should be asking yourself is why and how you formed your more informative prior. If you believe that information is still good, then disclose your method and reasoning for its construction and contrast it with what you observed in the less informative prior density.

Not the answer you're looking for? Browse other questions tagged bayesian prior uninformative-prior or ask your own question.

8
Choosing non-informative priors
0
Priors in Bayesian MCMC
6
Downsides of inverse Wishart prior in hierarchical models
1
Bayesian Inference reference to self-study
4
What is the common criterion to decide the performance of prior selection in MCMC
2
Is there a generic weakly informative prior that doesn't require rescaling?
1
Bayesian Inference & Determining the Prior
1
How to choose a non-informative or weakly informative hyper priors for my hierarchical bayesian model?