What are the 'critical' values of skewness and kurtosis for normality assumption? [duplicate]

I am analyzing buy-and-hold abnormal returns of stocks (dependent variable) using OLS regression. These returns, however, tend to be positively skewed (and are so in my case). The residuals obtained by OLS are slightly skewed (skewness of 0.921 and kurtosis of 5.073).

Although the histogram of residuals looks quite normal, I am concerned about the heavy tails in the qq-plot. Is it valid to assume that the residuals are approximately normal or is the normality assumption violated in this case?

I already tried to transform the dependent variable using log-modulus and cube roots (as there are negative values) in order to get a smoother qq-plot, but did not get improved results. 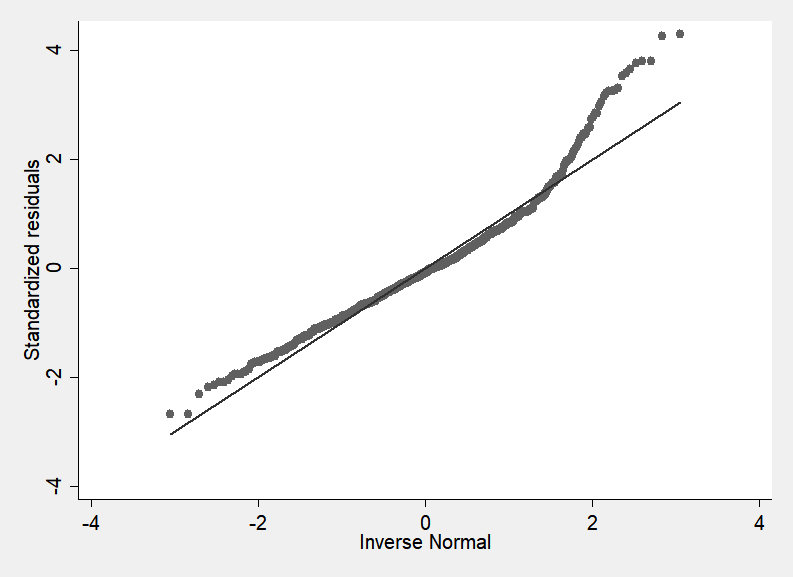 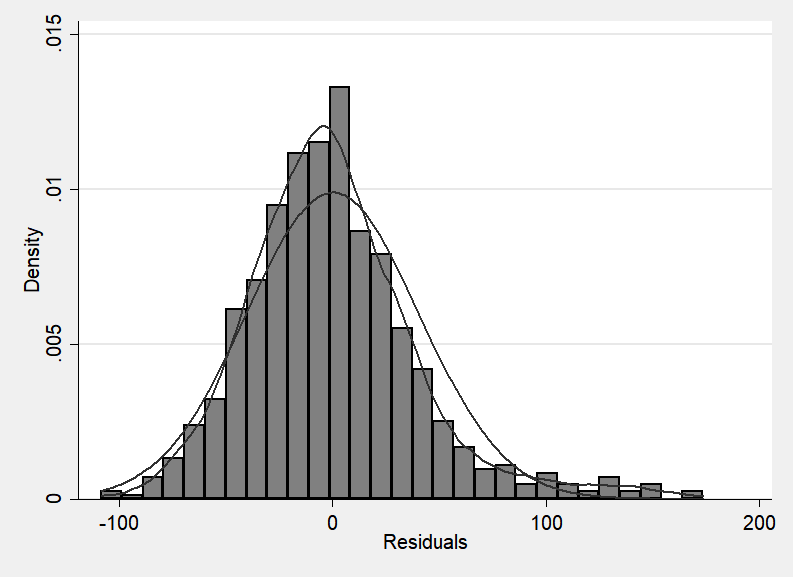 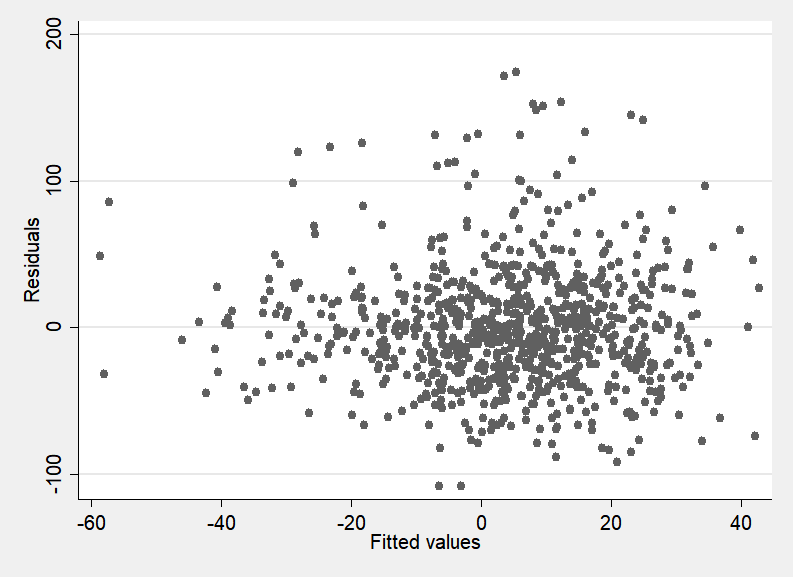 Economists do not worry about normality in papers, as far as I noticed. Your residuals are not normal, but it doesn't really matter despite the fact that you're conducting inference study.

However, you could use bootstrapping instead of t-stats, that way you'd avoid whole normality discussion altogether. You seem to have enough observations for a respectable bootstrapping analysis.

Not the answer you're looking for? Browse other questions tagged residuals normality-assumption skewness qq-plot or ask your own question.

1
Skewness in dependent variable (OLS, Gauss Markov, non-normality)
48
Normality of dependent variable = normality of residuals?
6
What distribution to use for this QQ plot?
35
Assumptions of linear models and what to do if the residuals are not normally distributed
13
Departure from normality assumption in ANOVA: is kurtosis or skewness more important?
1
residual vs. QQ-plot in multiple regression
1
Does the normality assumption hold? Is this an outlier?
3
Application of Skewness and Kurtosis
3
Are the skew-normal distribution and the skew-Cauchy distribution heavy-tailed?