I'd like to ensure that I understand the process correctly. This is a follow-up question to Interpreting 2D correspondence analysis plots

Looking at summary(ca(df)) I see that nearly 100% of the inertia is described by the row profile for both modalities (Type of smoker and Province, respectively). 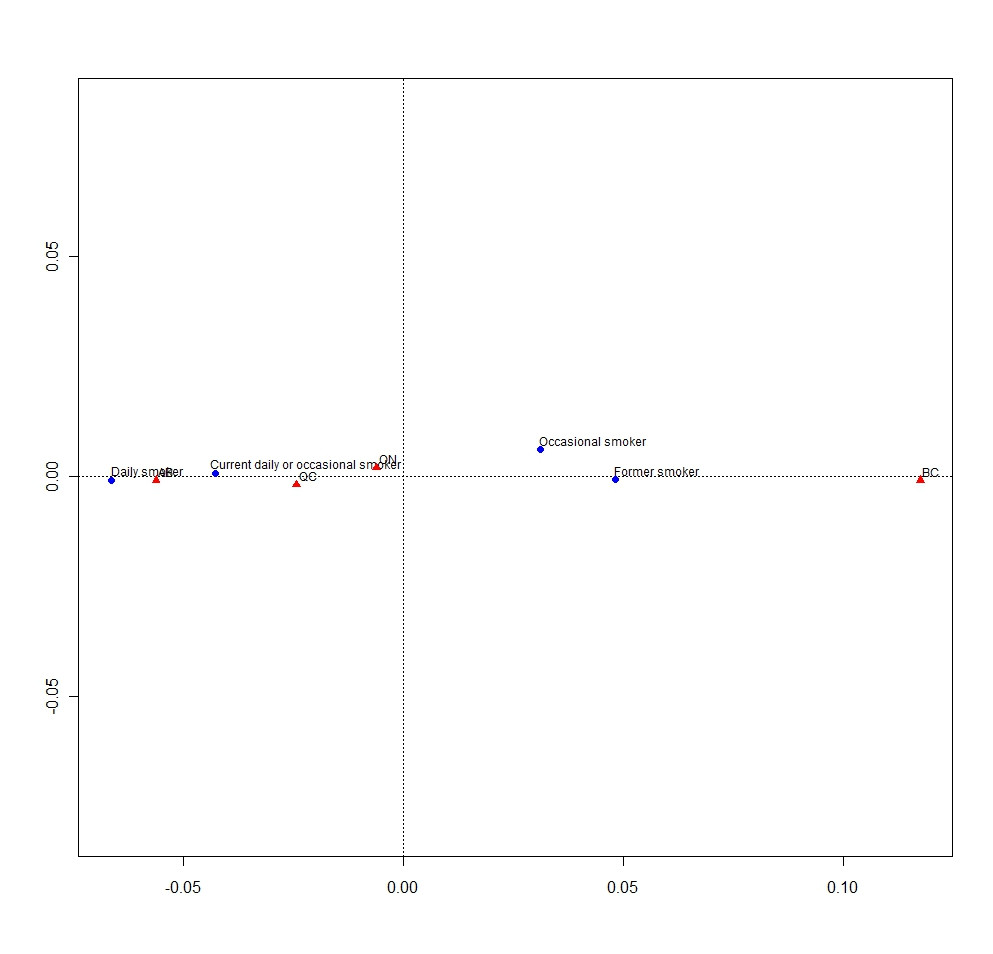 What (I think) should be immediate takeaways are:

What could we say about occasional smokers? What would your analysis tell us through this correspondence plot and it's associated summary?

I'm an ecologist, so I apologise in advance is this sounds a bit strange :-)

The problem with the above figure is the axis scaling and the fact that you can't display all the relationships (chi-square distance between regions and chi-square distance between smoking status) on the one figure. By the looks of it, the figure is using a what is known as symmetric scaling which has been shown to be a good compromise preserving as much of the information in the sets of scores as possible.

I'm not familiar with the ca package but I am with the vegan package and it's cca function:

The last plot is a bit easier to read than the one you show but AFAICT they are the same (or at least similarly scaled).

However, there is a single dominant "gradient" or axis of variation in these data and as the second axis represents so little variation, I would likely not interpret this component at all.

Not the answer you're looking for? Browse other questions tagged r biplot correspondence-analysis or ask your own question.