I would like to understand the functional form of the Generalized Pareto distribution (GPD) presented in Wikipedia. My questions are: 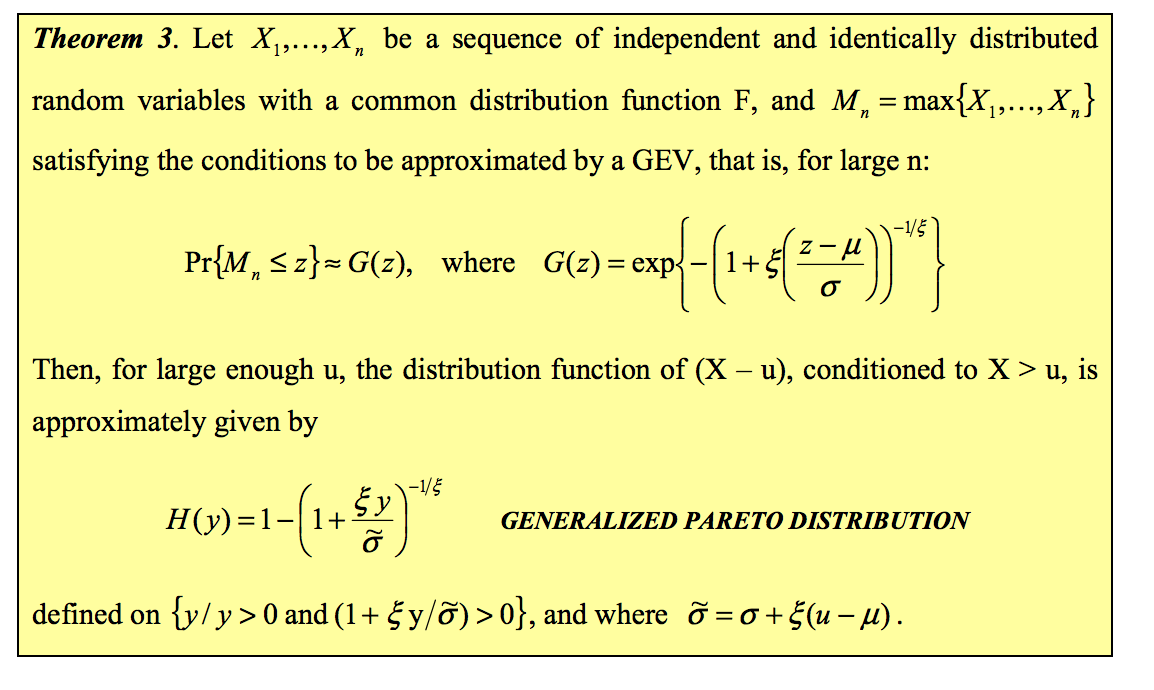 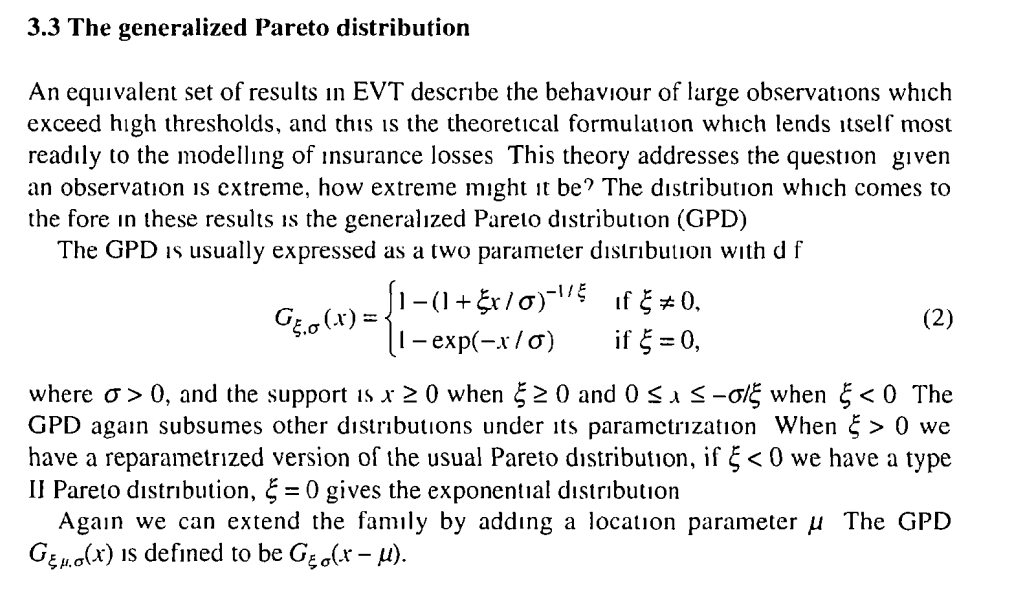 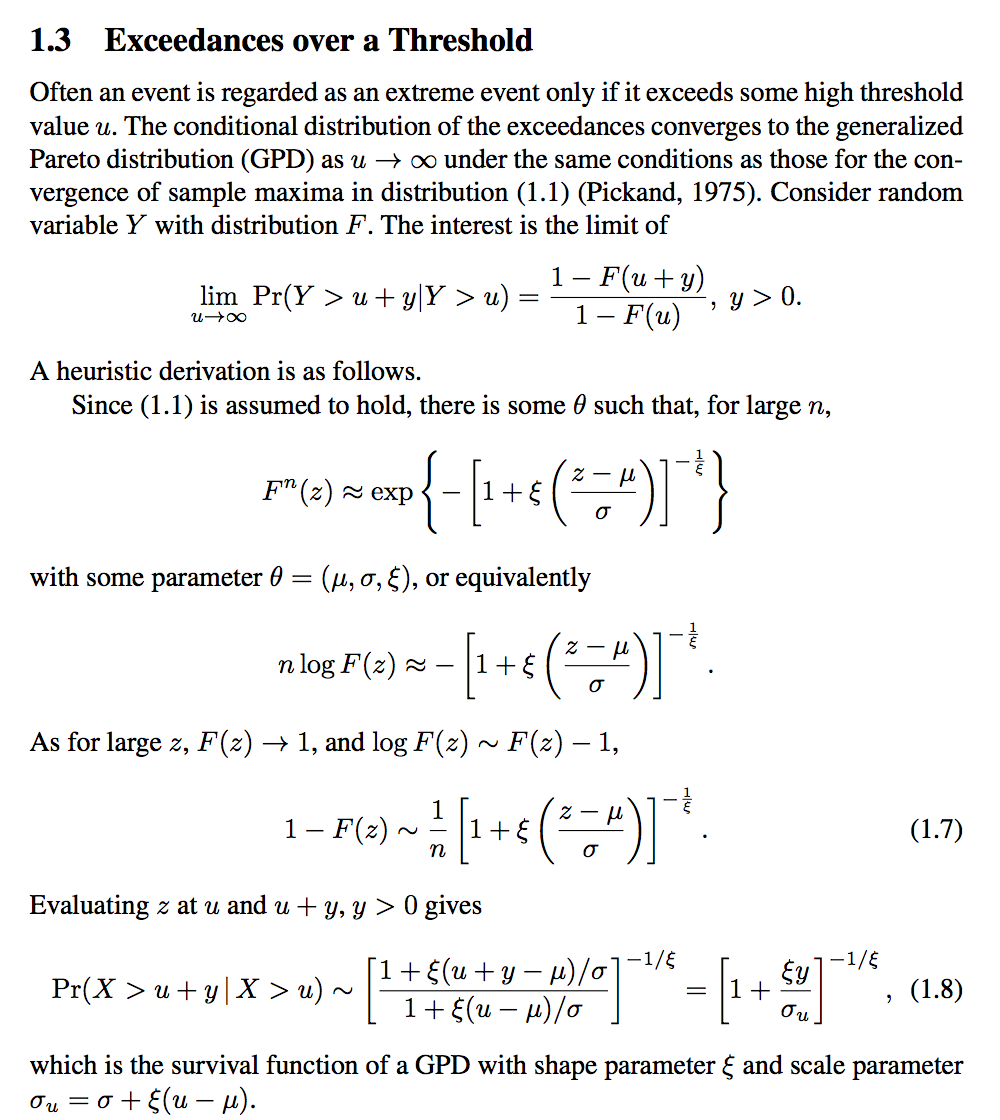 The replacement of $z$ with $\frac{x-\mu}{\sigma}$ allows the generalization to a "location-scale family". This is common when dealing with continuous distributions. That is, tweaking $\mu$ and $\sigma$ you can center the distribution and spread the distribution as you please.

Check out what happens to the distribution yourself, remembering parameter bounds.

When it comes to tweaking the location parameter, you might want your distribution centered on certain values according to your data. If you are talking about yearly rain maxima, your location parameter might be in the hundreds range, if you are measuring temperatures in a combustion chamber, your distribution will inevitably be centered at higher levels. Similar considerations go for the scale parameter.

The max-stability property of the GEV distribution is quite well known in relation with the Fisher-Tippett-Gnedenko theorem. The GPD has the following remarkable property which can be named threshold stability and relates to the Pickands-Balkema-de Haan theorem. It helps to understand the relation between the location $\mu$ and the scale $\sigma$.

An appealing interpretation is when $X$ is the lifetime of an item. If the item is alive at time $u$, then the property tells that it will behave as if it was a new one and if the time clock was changed with the new unit $1 / a(u)$. See Figure, where a positive value of $\xi$ is used, implying a rejuvenation and a thick tail.

It seems that in most applications of the GPD the parameter $\mu$ is fixed, and is not estimated. The scale parameter $\sigma$ should then be thought of as related to $\mu$ because the tail remains identical when $\sigma^\star := \sigma - \xi \mu$ is constant. 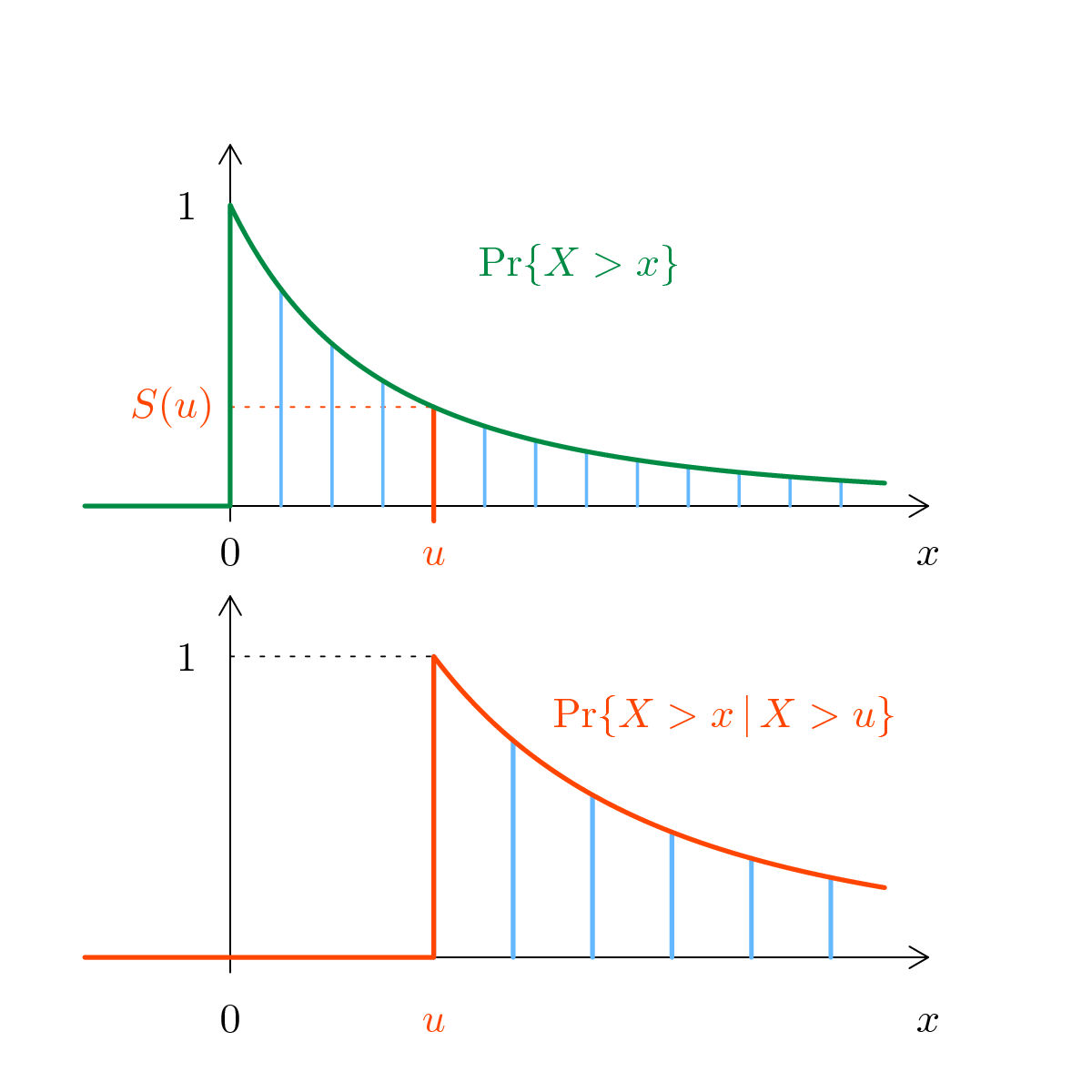 Not the answer you're looking for? Browse other questions tagged machine-learning mathematical-statistics extreme-value extremal-dependence or ask your own question.

6
CDF that combines properties of Pareto and Exponential
0
Why does my Cullen and Frey Plot indicate a Beta distribution even though it is not a probability distribution?