Augmented Dickey-Fuller test: which specification for my data?

I've a yearly time series variable. My aim is to forecast the variable using ARIMA methods. For this purpose I need to know the order of integration of the series. The data set is provided here.

After plotting the series, I get the following 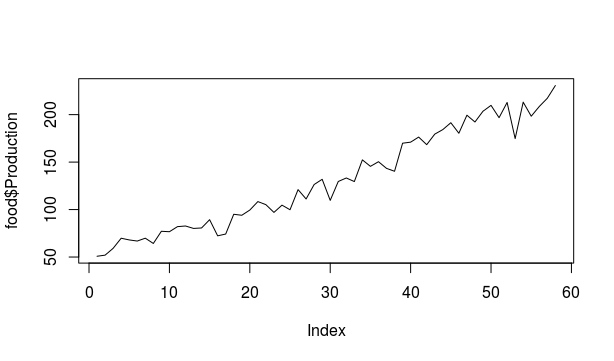 So, clearly the data series has an upward time trend.

The results are as under: 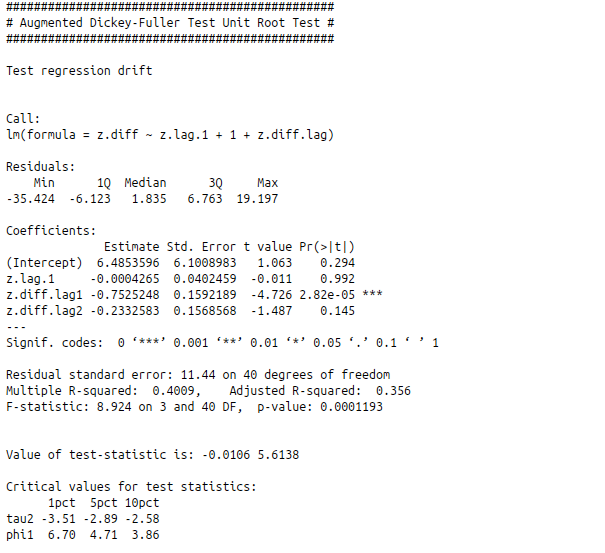 From this above result, it is clear that the data series is non-stationary (as we fail to reject the $H_0$) ($\tau$ is not significant). Also $\phi_1$ is significant which implies that there is a drift. So, the model seems to be a random walk model with drift.

Secondly, I use the ADF test with 'drift and time trend' using the following code:

The following results are obtained: 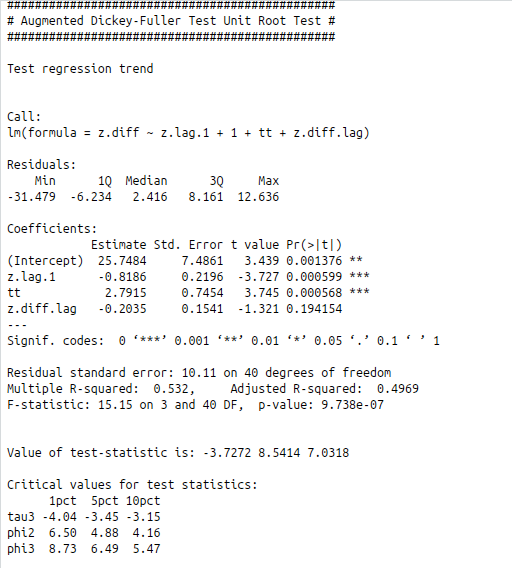 I'm confused at this point. Which ADF model to use? and How to interpret the model results?

I will give a somewhat informal answer.

To me the data looks stationary around a linear trend or perhaps an exponential trend with a small exponent. Even if there is a random walk component in it, it seems more or less negligible compared to the linear trend and the stationary variations around it. But the first test tells you otherwise; I wonder if this is because of lack of power or the unaccounted exponential trend or what.

You can also try modelling, say, 70% of your data with different model specifications and extrapolating for the remaining 30%. By comparing the pseudo out-of-sample forecasts with the observed data you could get an idea of which model suits the data better. (My guess is an exponential trend with stationary variations around it should do quite fine.)

Side note: I have some doubts about whether ARIMA is an effective forecasting technique for yearly data. Sure, if you have no other variables and the only information available to you is the series itself, then ARIMA might be the best you can do. But this is not that often the case. E.g. if the series represents some aggregate food production by a country, I would guess some governmental institutions or banks might have (publicly available) forecasts superior to those of ARIMA. Or you could include more variables in the model, perhaps some leading indicators, and see if that produces better forecasts.

Not the answer you're looking for? Browse other questions tagged augmented-dickey-fuller or ask your own question.