I am studying the one-vs-one multi-class classification approach using these slides.

I understand the middle green region cannot be properly classified using this approach.

What don't I understand is the below line?

Can someone explain this in the context of multi-class classification? 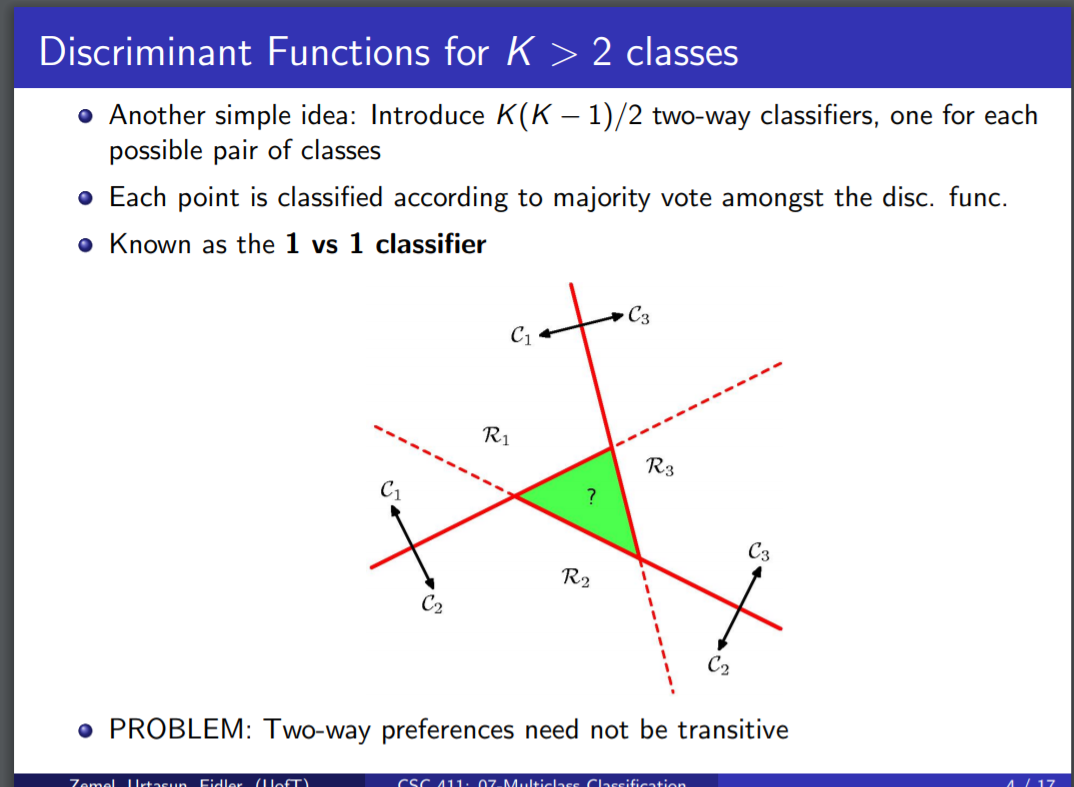 Suppose a point lies in the green region, and look at the classifier pairs starting in the lower left, moving counter-clockwise.

Although this question got a clear and accepted answer.

I would just like to share with readers that the word 'transitive' here is used with reference to a mathematical (logical) property 'transitivity'.

So, as @Max S. has described; "Two-way preferences need not be transitive." means that

Not the answer you're looking for? Browse other questions tagged machine-learning classification multi-class or ask your own question.