Looking at the plot of two sample's distribution of means which are compared cannot reveal significance? [duplicate]

In practice we sometimes used a wisdom that two overlapping CIs for sample mean distribution meant we could not reject Hull hypothesis, to get a quick answer.

It looks though that this is a very raw estimate. I was working on a toy example of a two-sample hypothesis testing when I realized that our "wisdom" was just incorrect. 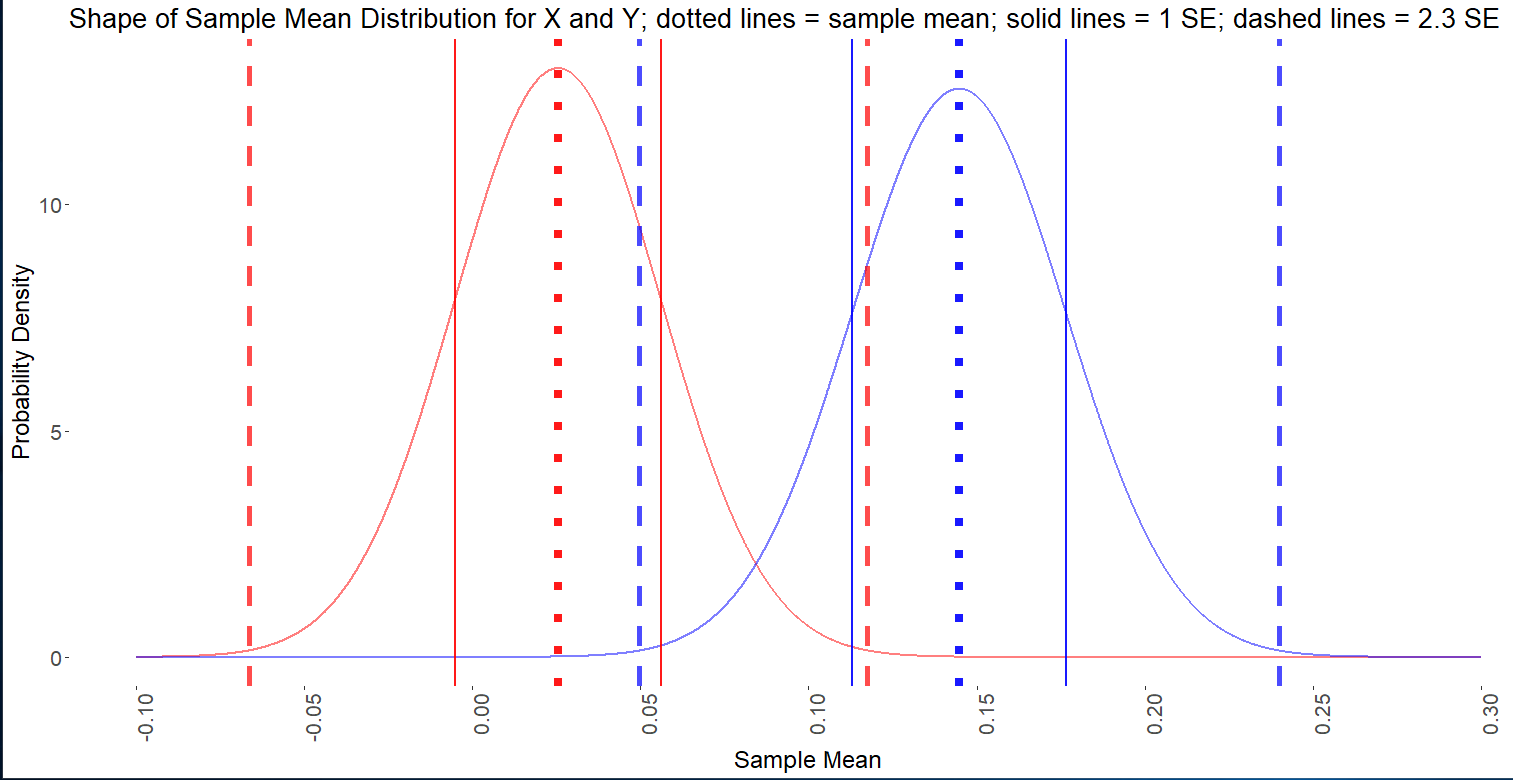 When I took the difference of samples X and Y, and plotted its moments, apparently the p-value is quite low.

Browse other questions tagged r t-test two-sample or ask your own question.

8
Two-sample one-sided Kolmogorov-Smirnov test vs one-sided Wilcoxon-Mann-Whitney test
1
Statistical comparison of two means with a range not starting at 0
1
Can this be modeled by a two-sample t-test?
2
two-sample t-test VS two one-sample t-tests. What's the difference?
1
non parametric or parametric test for means of groups?
3
Significance test for skewed distribution
0
How to interpret results on different t-tests for the same samples?