I am new to all this so I am sorry beforehand if this is very straightforward or silly!

I was wondering if someone could help me sort this out. This is my SAS output: 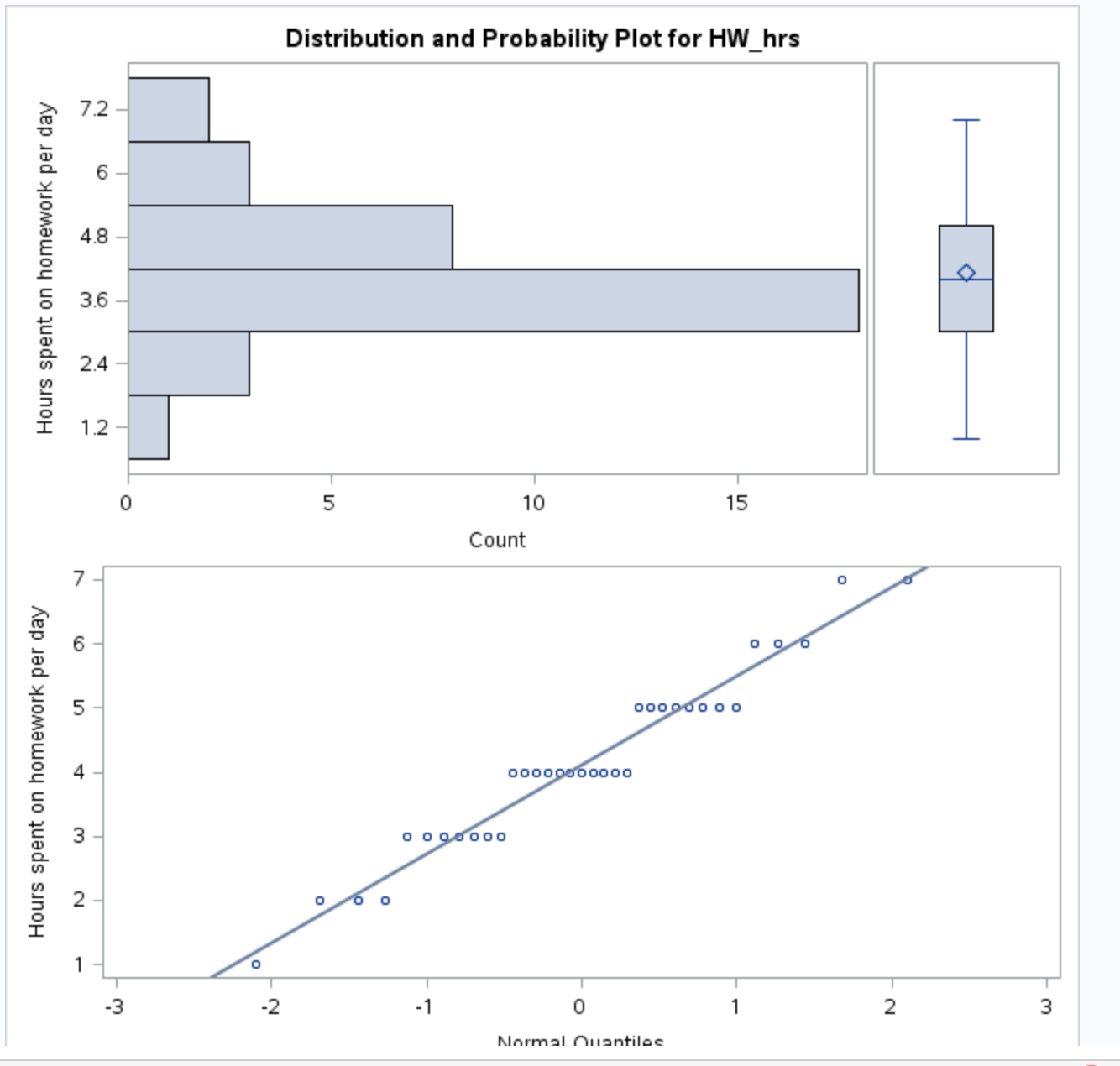 I have 35 observations (35 students who are reporting how many hours a day they do homework - integers; minimum was 1, maximum was 6). Would you conclude from the box plot and probability plot that the distribution is pretty normal? I have to choose a measure of center and spread so I thought mean and standard deviation would be best.

The same idea for this output, mean and standard deviation would be the appropriate measures? (same students - this time reporting how many hours they spend on leisure): 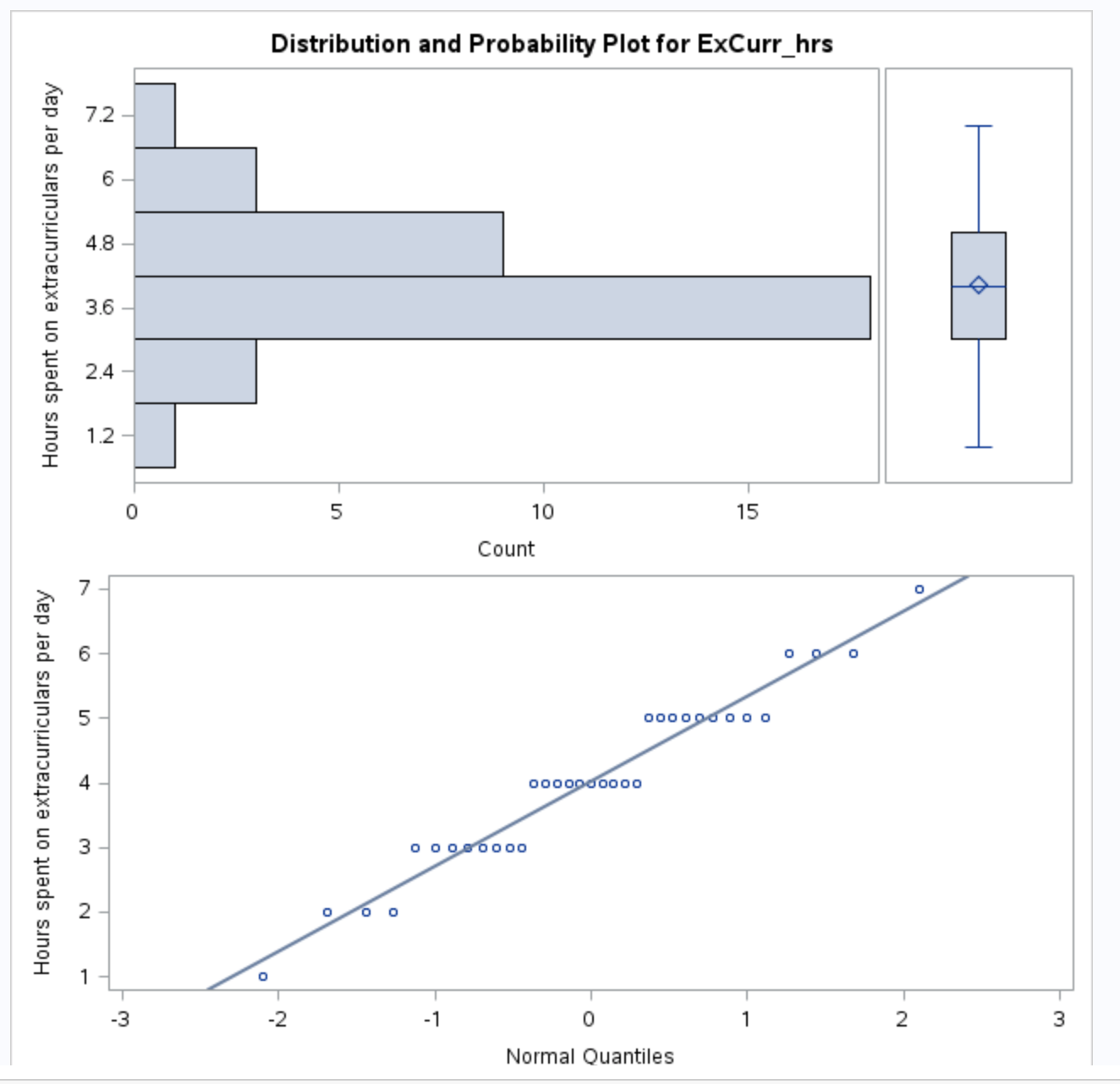 For this last one though I am not too sure. Same students - reporting their GPA. Would the best measures be median and IQR? 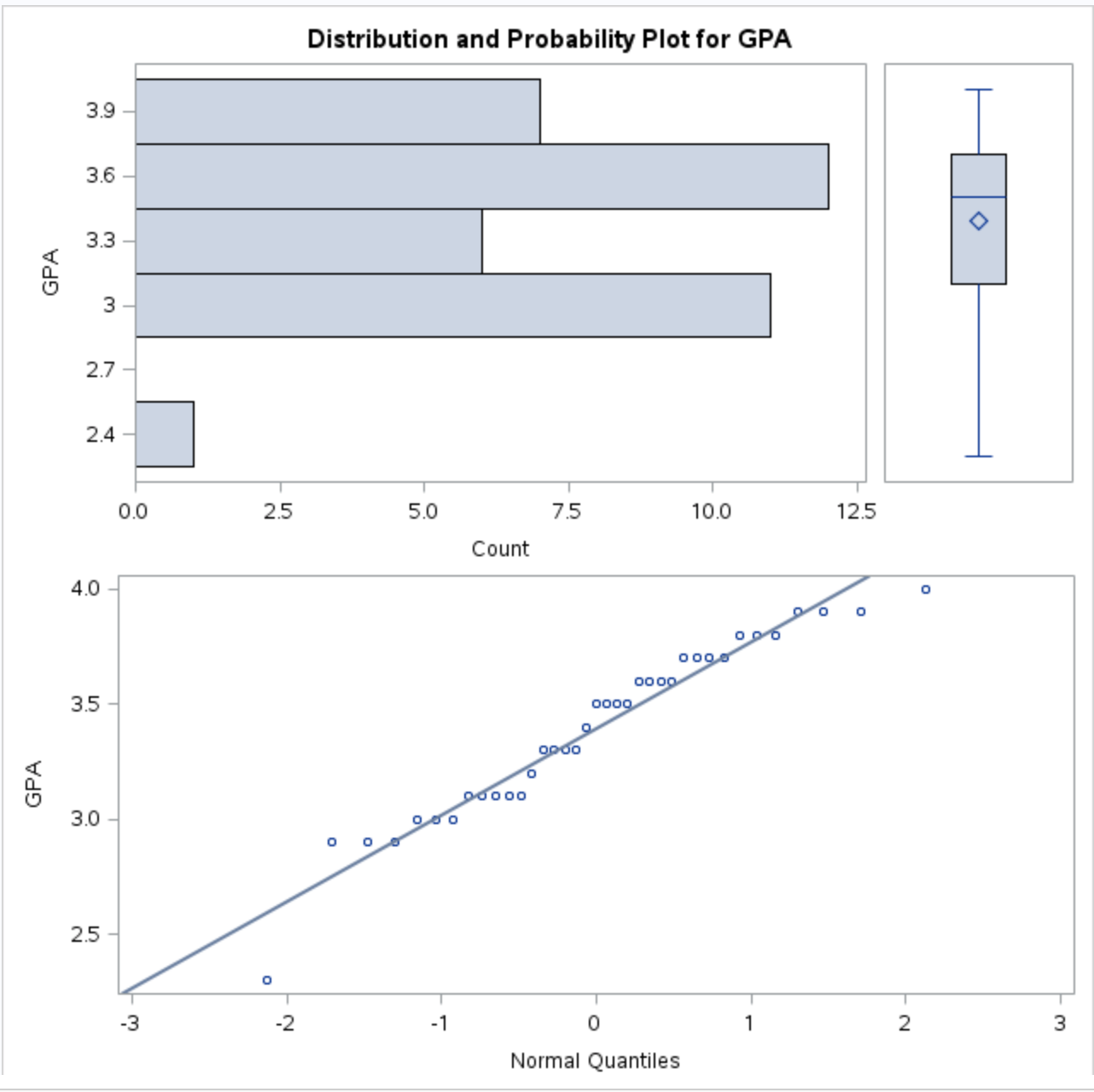 There is no need to be so concise i.e. you could report both mean (sd), and median (Q1-Q3). If you're restricted to one, when in doubt use the latter. Thus, if you have a summary table with a mix of variables and some are normally distributed and others aren't (as you indicate), then to avoid confusion I wouldn't switch between mean and median, I'd use the latter consistently (and avoid verbose footnotes explaining for which variable mean was used etc.). That applies especially because you are likely to supplement your summary table with figures such as box plots that will give a sense of the skewness.

In general, I wouldn't get hung up on whether data are normally distributed. It's usually dictated by what the data are, not what they look like. Thus, it's a priori rather than data-dependent. For a count variable such as number of hours or number of lesions, we often expect right-skewed data

Not the answer you're looking for? Browse other questions tagged mean dataset sas median analysis or ask your own question.

18
Out-of-core data analysis options
13
Why does SAS PROC GLIMMIX give me VERY different random slopes than glmer (lme4) for a binomial glmm
2
Mixed model with partial nesting/partial repeating
2
Is it incorrect to calculate the mean and standard deviation of percentages?
0
compute mean and standard deviation with units
8
Kolmogorov Smirnov Z vs Mann Whitney U small sample size n= 15?
4
Why does lmer (unlike SAS) output a non-zero variance of random effect if it is also included as fixed: (1|site) + site?