Does this y-axis density have any direct interpretation? Or is it just some value proportional to probability and that's it?

Let $f$ be some density function of a random variable $X$.

Notice that in the post linked people seem to talk about the fact that you just know $f(x_0)$ for one single point $x_0$... In that case you have to assume additional properties (continuity/differentiability of $F$ and so on) and still, you only get local information and the density might look completely different and the random variable may behave completely different from how it does locally around $x_0$.

However, you seem to ask 'what about when we know $f(x)$ for every $x$?'. In that case the situation looks completely different. Esentially, you know everything about the random variable(s) under consideration you can ever know, because all the other properties (mean, variance, higher moments, convergence properties, ...) can be computed from the density.

Summarized very simplistic you can interpret a higher value $f(x)$ as 'it is more likely that the random variable attains values around $x$'. 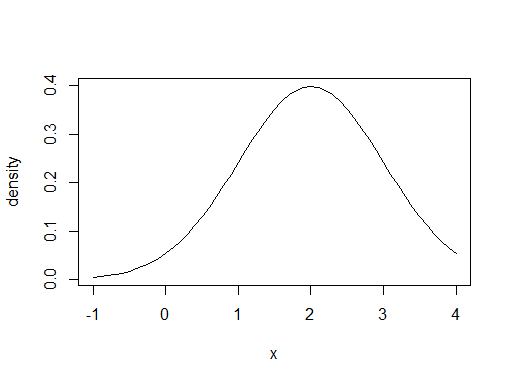 More formal and more practical the density has the following meaning: Suppose you have a data sample $x_1, x_2, x_3, ..., x_N$ and suppose you know that this data sample 'comes from' the density $f$ in question. What does that mean? Let us draw a histogram over the finite data set $x_1, x_2, x_3, ..., x_N$, can we expect the shape of this histogram to be somewhat special? Indeed, it will be special. Formally, if you take more and more examples and draw more and more detailed histograms that these histograms will converge against the density (in $L^1$ sense and thefeore pointwise almost everywhere, see https://www.sciencedirect.com/science/article/pii/0047259X87901060). In that sense: If the data sample really comes from the density suspected and you have a sufficiently large sample size then you can expect the histograms to converge against the density. Example: for the density above, let us take 10 data points and draw a histogram (with intervals of length $0.1$): 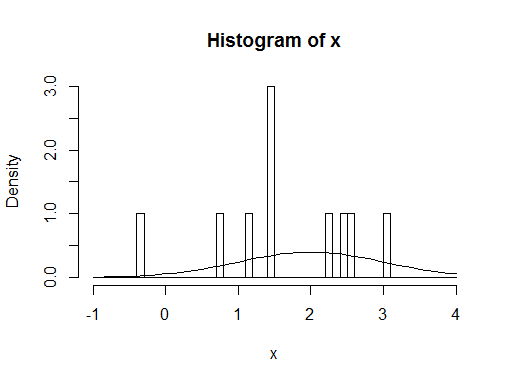 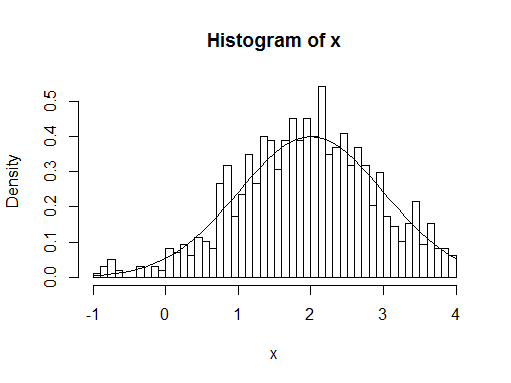 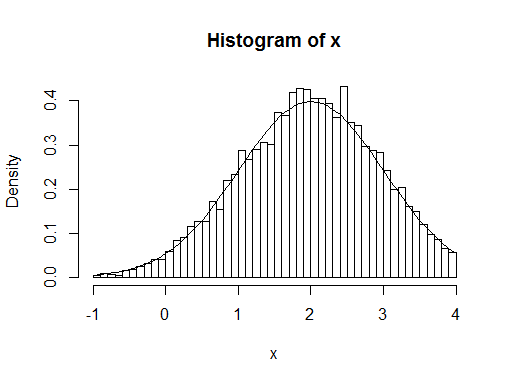 Even better... So: you see: given many samples, you can expect the samples to gather where the density is high (in the sense that the histograms converge against the density) in a pratical point of view as well.

This can also be used as a first test: Suppose you get a sample $x_1, ..., x_N$ for $N$ large (like 1000 or 10000 or so) and you suspect (but do not know) w´that these data points come from the density $f$, then draw a histogram with intervals that are 'small enough' and check by eye whether or not the histogram looks like the density. Caution: if it doesn't then it could also mean that you have selected the wrong stepsize. However, this is only a first test. In order to be more 'confident' you could make a clean statistical test. For example, in order to check whether the data comes from a normal distribution one could make different kinds of t-Tests.

Not the answer you're looking for? Browse other questions tagged probability distributions density-function or ask your own question.