In class, we talked about finding Maximum Likelihood Estimators but there is something I don't think we talked about. How is the MLE different for distributions with constrained bounds?

I thought it was the same for the 0 < $\theta$ < $\frac 12$ case but thinking back to a Uniform distribution, the MLE will vary depending on the bounds. However, I don't think order statistics is helpful here. Does anyone have any ideas?

Note that if you have a strict inequality constraint, for example, $0 < \theta < 0.5$, the constrained MLE doesn't exist, as there is no largest number less than $0.5$. 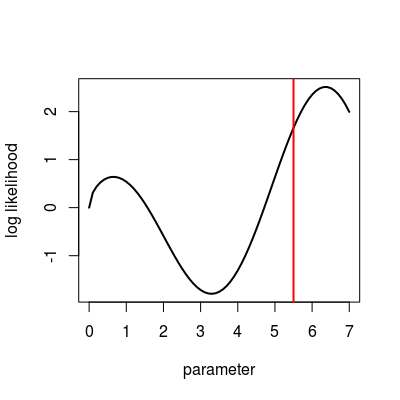 Not the answer you're looking for? Browse other questions tagged maximum-likelihood bernoulli-distribution or ask your own question.