I would like to compute the mean $M$ of subsystem entropies $H(x)$ for a physical system $X$ with $2n$ particles and subsystems $x$ with $n$ particles: 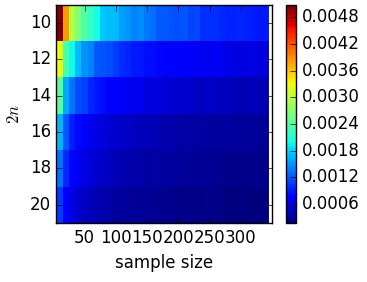 15
How do you decide the sample size when polling a large population?
0
How do I calculate required Sample Size to get useful confidence interval length for Bernoulli random variables?
47
What can we say about population mean from a sample size of 1?
0
How to find mean and variance of population of flat probabilistic distribution
0
Determine sample size and mean variance