I have the following situation and am hoping that someone can point me in the right direction. I am completing an experiment under 2 conditions (1 and 2) and measuring 2 variables (A and B). I am interested in how variable B changes between the 2 conditions. However there is reason to believe that Variables A and B are correlated. In my data the relationship between the two looks something like this: 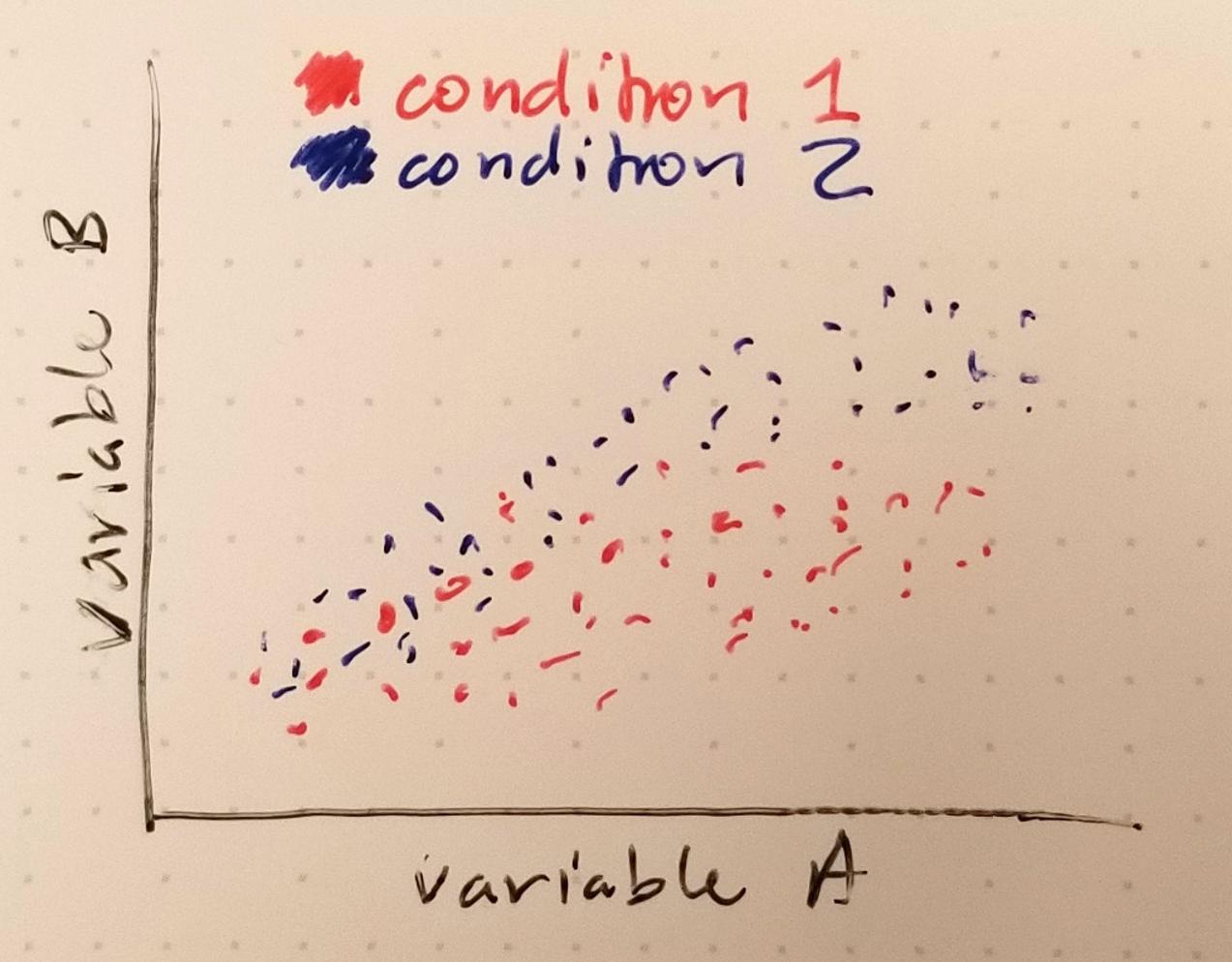 If I plot the histograms of values for variables A and B I get something that looks like the following:

I am interested in how the mean and variance of Variable B changes in response to the difference in experimental conditions in a way that is independent of variable A. What would be the proper way to determine this?

I suppose you could enter variable A as a covariate, but what you are describing is a pretty clear cut example of an interaction. The effect of condition (1 vs 2) on B is dependent on the level of condition A. The 'by-the-book' answer is thus that the interaction must be interpreted. 'What is the effect of condition on B' doesn't have a clear answer otherwise (it's 0 at low A, and large at high A)

Not the answer you're looking for? Browse other questions tagged resampling confounding or ask your own question.