ordinal or linear regression? how to analyse my data?

(sadly, I know for a fact, that the intervals between them are not equal, because it is a likert response-scale with numerical values which grow 'almost exponentially')

2) I want to include multiple predictors:

a) categorical --> one variable with three categories

As far as I am aware, for linear regression the following assumptions need to be met:

How does my data set look in terms of these assumptions?

1.None of the variables is normally distributed (even If I check it separately for each group x category). The p-values for Kolmogorov-Smirnov and Shapiro-Wilk are < 0.001. But I hear that according to central limit theorem, this is not important, cause the sample is big enough.

note: When I look at histograms, the distribution looks either skewed to one side, or roughly normal - it is not absolutely terrible and bare-eyed visibly not normal (an if skewness exists, it is actually in direction that is logical for a given group).

exapmples of a histogram and a q-q plot below: 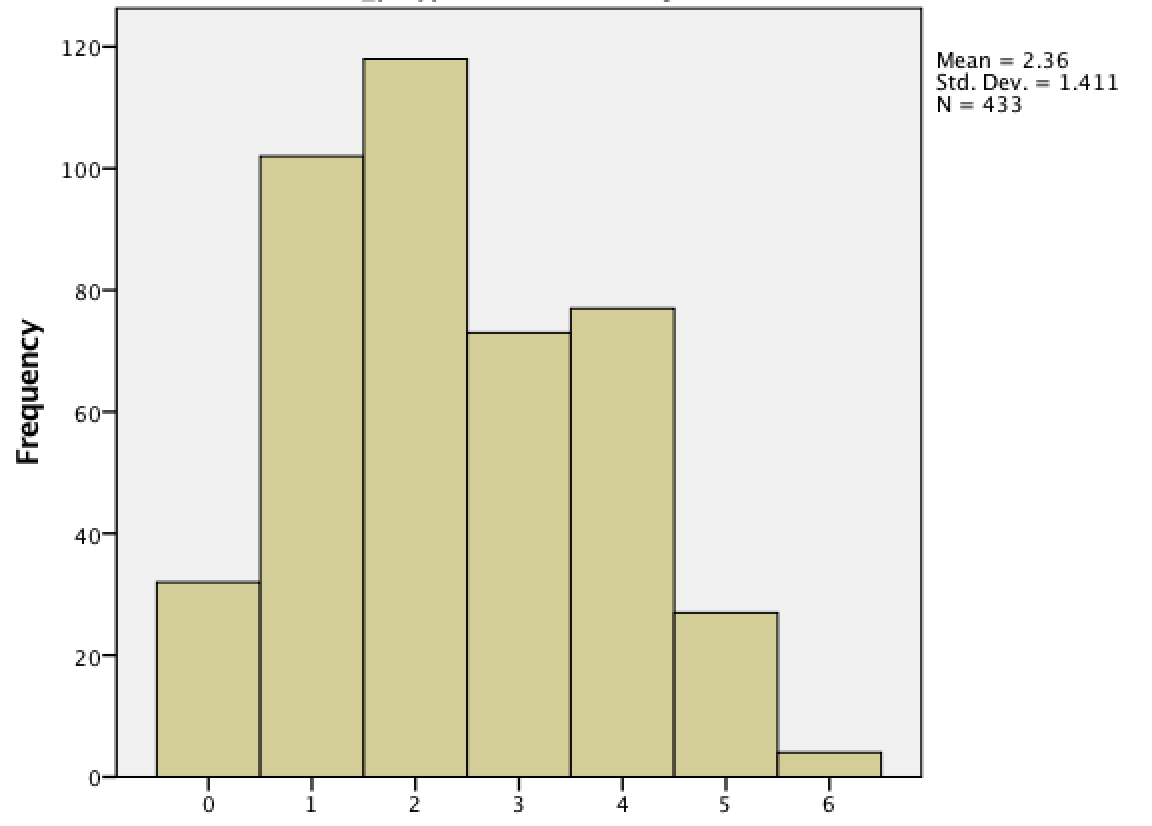 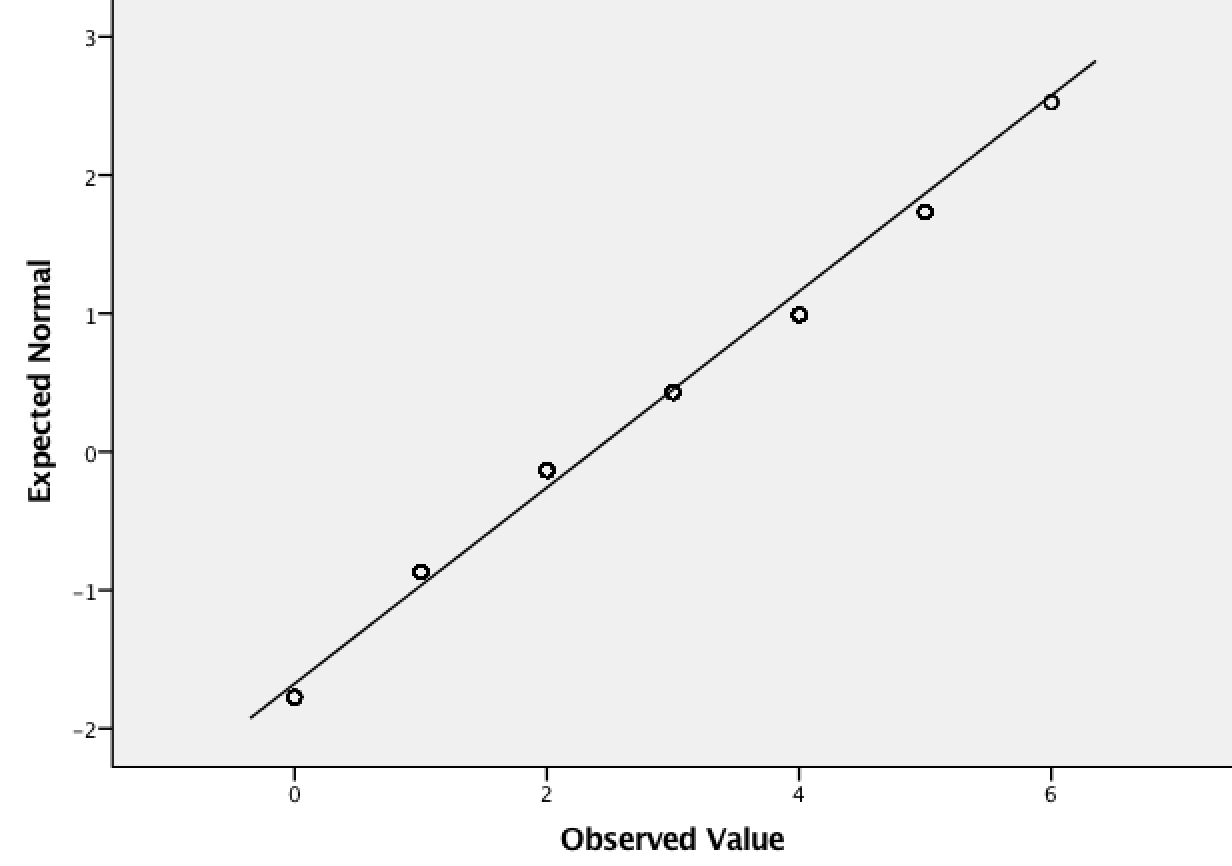 the z residual /z predicted scatterplot looks almost sort of ok, but I guess not really.... (how am I actually supposed to make an executive decision based on looking at a scatterplot?) 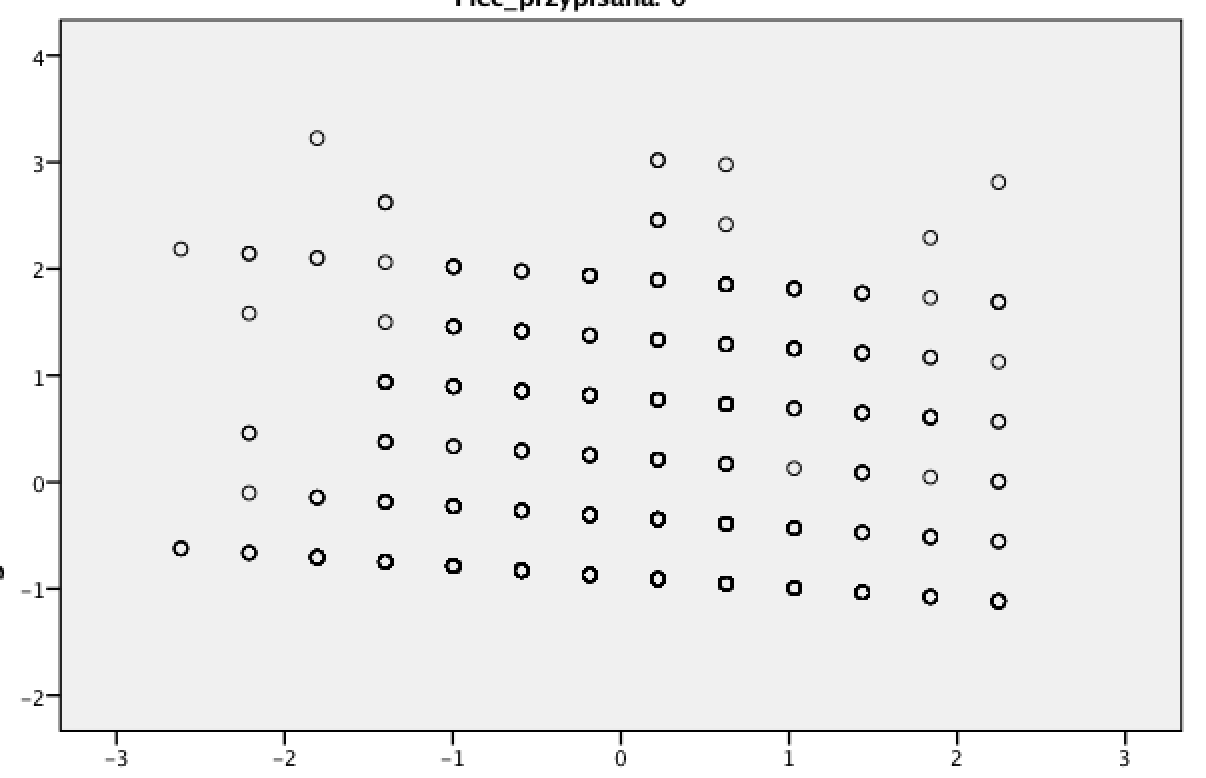 Questions: 1. Does central limit theory also free one from the homoascedascity and normal distribution of residuals assumptions?

NOTE: I am using SPSS, so answers taking this into account are very welcome.

I am beyond frustrated with this dataset, going back and forth between deciding to

b) do an odds ratio analysis for each item separately - can this actually be done in SPSS, without having to modify my model?

but... I really have no experience in odds ratio analysis and maybe there is a way to actually do the same thing as I would do with multiple linear regression?

c) what about the lack of linearity? what does this mean for my endevour?

How would you go about analysing this data?

any help would be REALLY welcome, thank you in advance!

P.S. let me know if the description of my problem is too convoluted, and I will try to clarify

I'm not sure where you got that list of assumptions, but it is seriously wrong.

In any case, with 8 levels I would do an ordinal logistic regression. It gives you different information that linear regression, but it's hard to say if it is more information or less information.

As to the rest of your questions, I think they get too broad for this forum. A good book on ordinal logistic would help.

The issue with statistical model assumptions in general is that they are never fulfilled precisely, so we more or less always do analyses in which assumptions are violated. The important question is whether assumptions are violated in ways that will cause misleading results, which is not exactly the question that misspecification tests such as Kolmogorov-Smirnov address (although not totally unrelated either).

The Central Limit Theorem implies that many analyses based on methods derived from a normal distribution assumption are approximately valid for non-normal error distributions. However, if you were to analyse your data using standard linear regression, there are problems that the CLT cannot amend:

Note by the way that the y-histogram and the qq-plot don't help much diagnosing normality, because the normal assumption in regression requires normality to hold in every area of X-space whereas these plots ignore the location in X-space. In your situation it seems (from your other plots) that any illusion of "near normality" is caused by putting together quite non-normal distributions from different regions in X-space with some kind of non-normality (e.g., skewness in different directions) that cancel each other out to some extent.

Overall this is a bunch of good reasons to rather go for ordinal logistic regression as already recommended, rather than to use a standard linear (standard linear can be OKish if your regression slopes are low enough in absolute value that y-predictions are safely away from the borders of the y-value range in all realistic areas of X-space).

PS: Combining scales resulting in scales that have a bigger value range as you suggest in your item (a) could actually help with making borders of value ranges matter less in standard regression. It depends on the data how well that will work and of course the scales still need to be meaningful (which depends on the subject matter).

A more useful subject is how to visualize the nature of ordinal data. A scatter plot needs to be jittered or aggregated and shown as a hexbin to be useful when there's a large number of tied responses.

A histogram of the unconditional response won't tell us much about it's distribution or whether it meets any useful assumptions. The paper below https://www.ncbi.nlm.nih.gov/pubmed/11910059 is a useful discussion about why normality is useless with large $N$. The results as you allude to come from the CLT. In fact, later in the paper, they discuss the advantage of linear model over proportional odds.

Not the answer you're looking for? Browse other questions tagged regression distributions ordinal-data assumptions odds-ratio or ask your own question.