According to a prescription given on Wikipedia, I tried generating Student's t-distributed random numbers with three degrees of freedom. I also generated these numbers using numpy's in-built random number generator for t-distribution. However, I feel that the numbers that I generated using the Wikipedia prescription don't align well with the analytical form of the distribution. The following figure shows five sample histograms for each case: manual (Wikipedia) generation (upper row) and python's in-built generation (lower row). I feel that around $x = 0$, there is some issue. Am I right in my observation? If yes, what is wrong with the way I am doing it? My python code is also given below.. 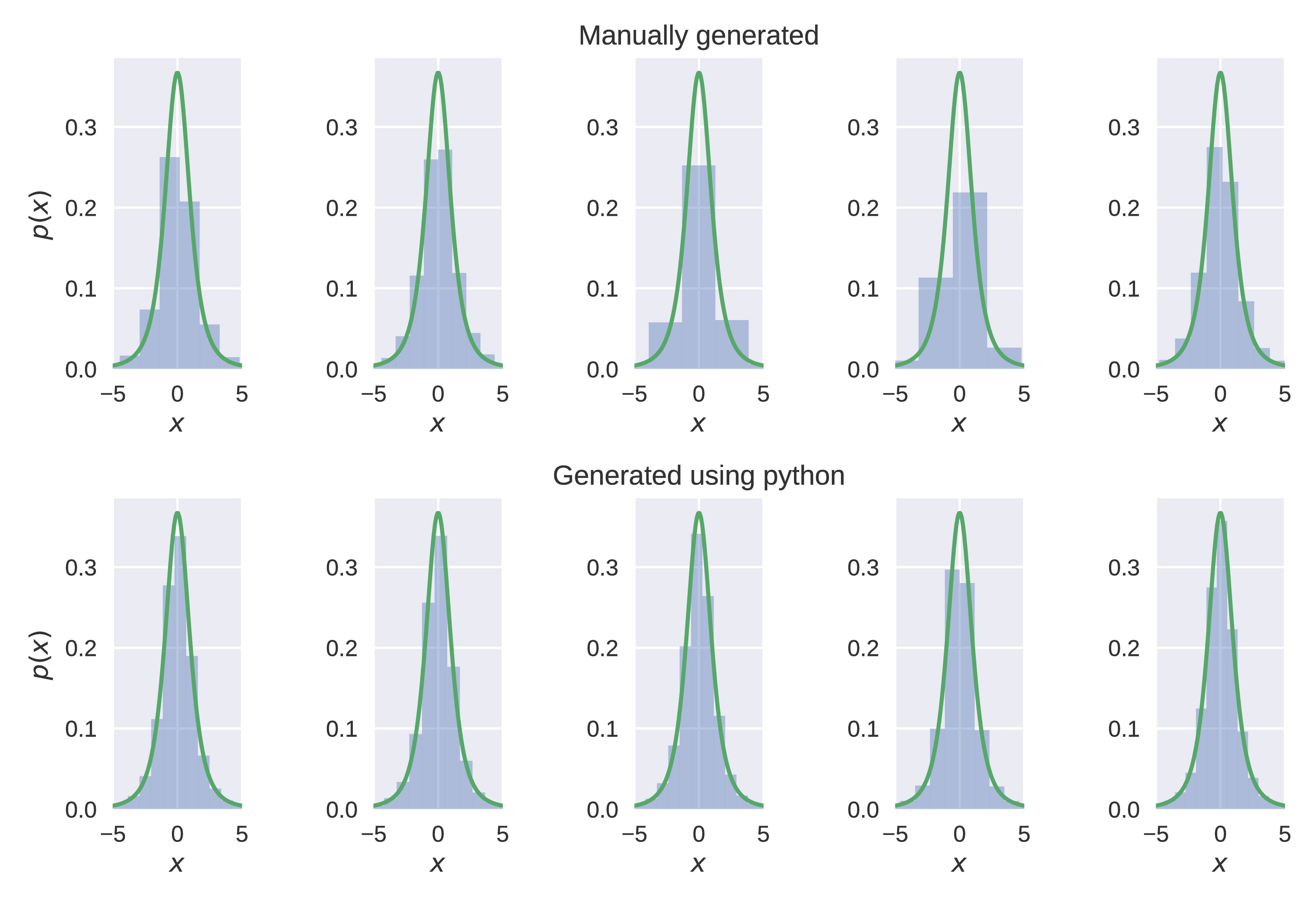 Short version: the problem stands with NumPy x.std() which does not divide by the right degrees of freedom.

Repeating the experiment in R shows no discrepancy: either by comparing the histogram with the theoretical Student's $t$ density with three degrees of freedom 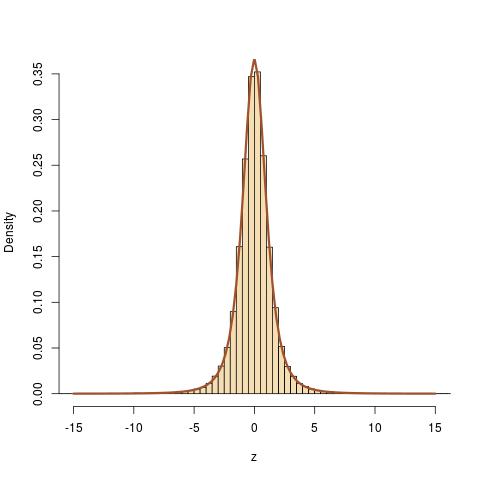 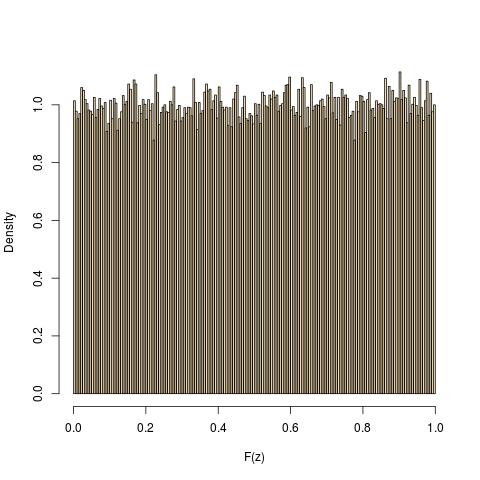 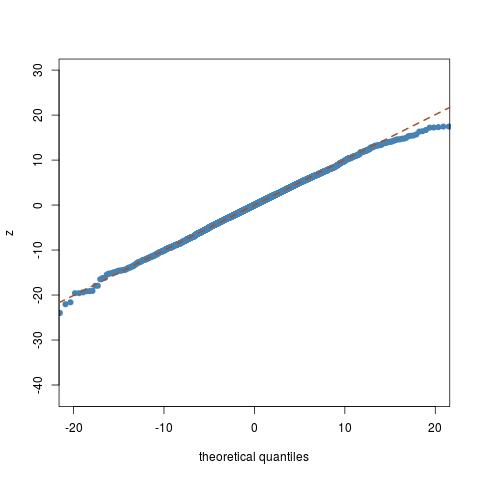 The sample of size 10⁵ was produced as follows in R:

A Kolmogorov-Smirnov test also produces an acceptance of the null:

for one sample and

However..., the reason is much more mundane: it just happens that NumPy does not define the standard variance in the standard (Gosset's) way! Indeed it uses instead the root of $$\frac{1}{n}\sum_{i=1}^n (x_i-\bar{x})^2$$ which leads to a $t$ distribution inflated by $$\sqrt\frac{n}{n-1}$$ and hence to the observed discrepancy: 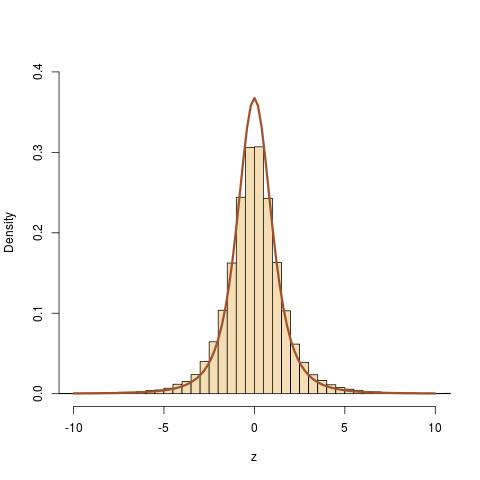 While I have no personal objection to using $n$ instead of $n-1$ in the denominator, this definition clashes with Gosset's one and hence with the definition of the Student's $t$ distribution.

Not the answer you're looking for? Browse other questions tagged python t-distribution or ask your own question.