Why are reference variables not set in exploratory factor analysis?

In relation to the following figure 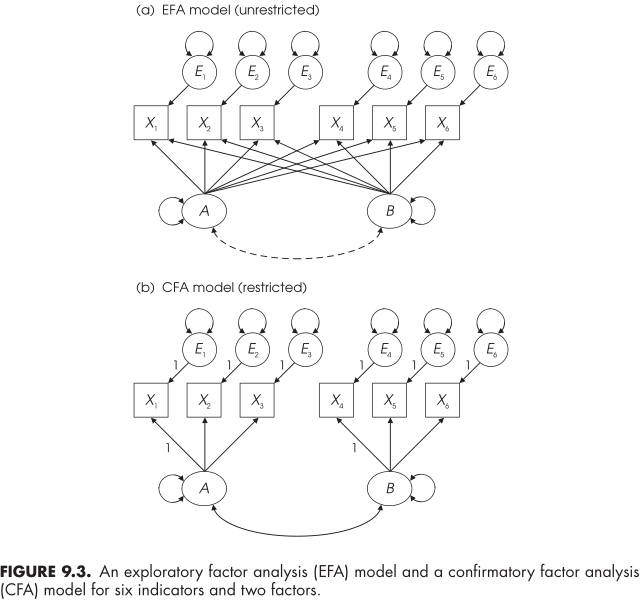 The numerals (1) in Figure 9.3(b) that appear next to paths from the factors to one of their indicators are scaling constants, or unit loading identification (ULI) constraints. The specifications that

scale the factors in a metric related to that of the explained (common) variance of the corresponding indicator, or reference (marker) variable.

I understand from this answer that the reason for having the reference variable is so we can determine the variance of the latent variable. However, it wasn't clear to me why this goal was not also relevant to exploratory factor analysis. Why don't we set $A \rightarrow X_1 = 1.0$ in the EFA model?

There are multiple ways to set the scaling of latent variables:

Anyways, while reference/marker variable scale-setting is the default for most software, it prevents you from estimating all the factor loadings (as some are fixed). And since the focus of EFA is generally to estimate exploratory factor loadings, the latent variables are standardized instead (and this is why EFA software usually provides standardized factor loadings).

First, kudos for this question...it demonstrates a critical approach to EFA that I always try to pass on to all of my SEM students.

Just to clarify, there are infinitely many solutions, but they are all variations of the same solution that would result in a a comparable variance/covariance matrix.  (One could say the solutions are all “proportional” to each other.)

Hope this helps clarify the situation.

Not the answer you're looking for? Browse other questions tagged structural-equation-modeling confirmatory-factor or ask your own question.

9
Why set weights to 1 in confirmatory factor analysis?