Omitting a variable in IV estimation

I have an instrumental variable (IV) estimation where I use Z as an instrument for treatment D, to estimate a treatment effect of D on Y. After certain discussion, I find that there might be another variable, X, which is correlated both with Y and with Z.

I then decide to include X into my IV model, to control for what seems to be a violation of exclusion assumption (i.e. Z doesn't affect Y solely through X).

After re-doing the first stage of 2SLS, I find that Z coefficient is not statistically significant, as standard errors are high. I deduced that this might be due to high collinearity of X with Z, which is is 0.75. Still, however, X is significant in the first stage regression.

However, consequently using Z to instrument D, and including X as a control variable yields absolutely no statistical significance.

I therefore concluded that Z is a weak instrument if we do not control for X, and after we control for X, Z is still weak because there is no statistical significance in first stage. I am relatively new to IV estimation, and I wanted to get an opinion on whether my logic is flawed and what the next steps could entail:

The first thing to note is that whether you should consider $X$ or not cannot be answered without structural knowledge. For instance, consider the following model: 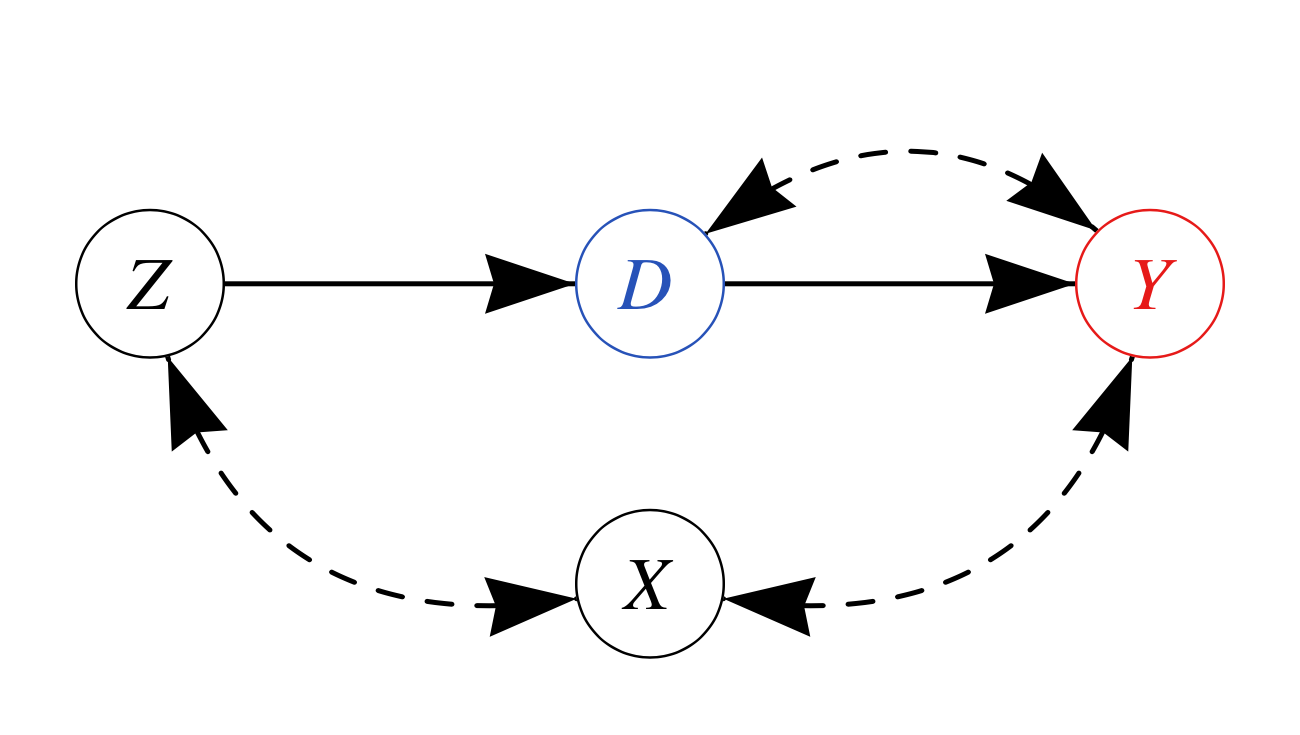 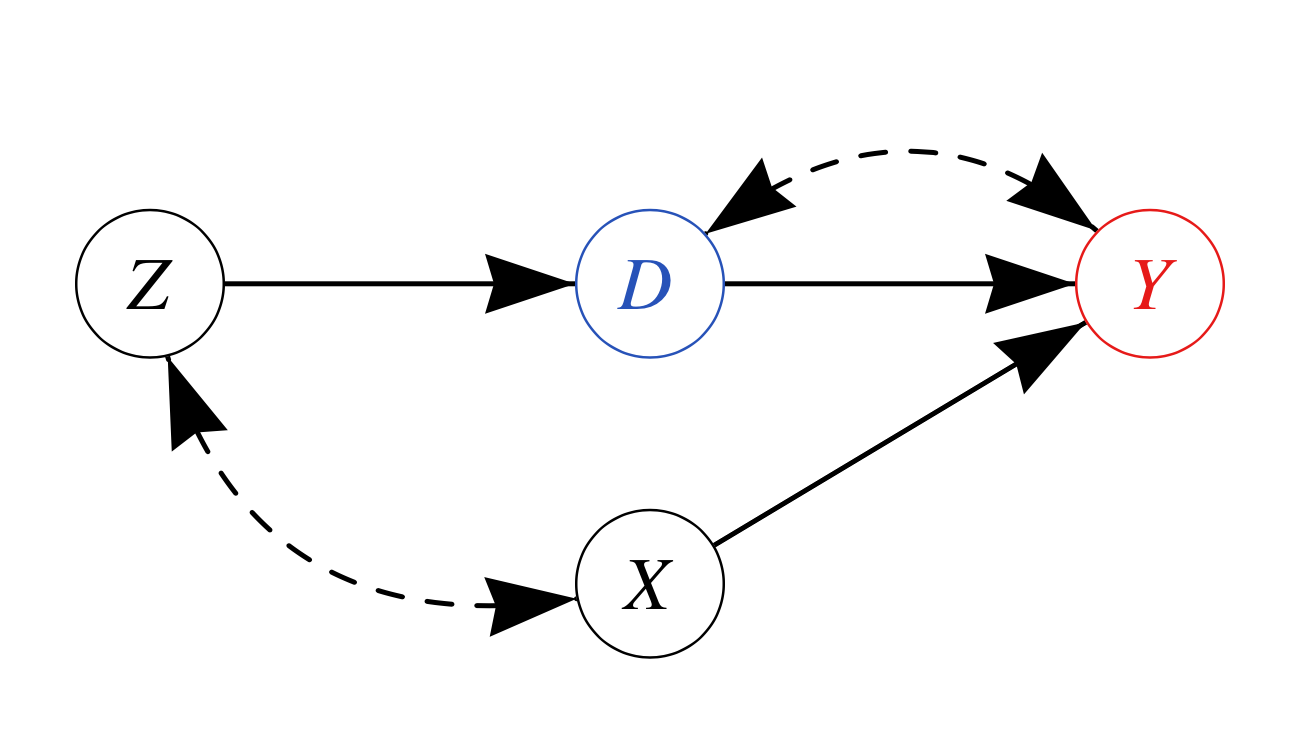 Here we have the opposite case. By itself, Z is not a valid instrument, but if you condition on X, then Z is a valid instrument. Thus, just the fact that X is correlated with Z and Y tells you nothing about whether you should condition on X in your analysis. If you are not familiar with DAGS, you can interpret the directed arrows as direct causes and the bidirected arcs as dependence (such as correlation) of (structural) error terms.

So, answering your questions:

However, to complement the answer, imagine you are in situation (2), where $Z$ is an instrument only conditional on $X$. What would happen if you omit $X$? Assume linearity and that the variables were standardized to simplify computation. The DAG corresponds to the following structural equations:

Thus, you can see the estimate is biased (this is the asymptotic bias). The bias is different from regular OVB however. Although the terms $C_{xz}$ and $\gamma$ of the bias are similar to the traditional OVB, note the strength of the instrument, $\beta$, also determines the bias due to the omission of $X$.

Not the answer you're looking for? Browse other questions tagged regression least-squares causality instrumental-variables two-step-estimation or ask your own question.

18
Can a instrument variable equation be written as a directed acyclic graph (DAG)?
1
d-separation from A given hard evidence on B and E