How to interpret this mediation analysis? 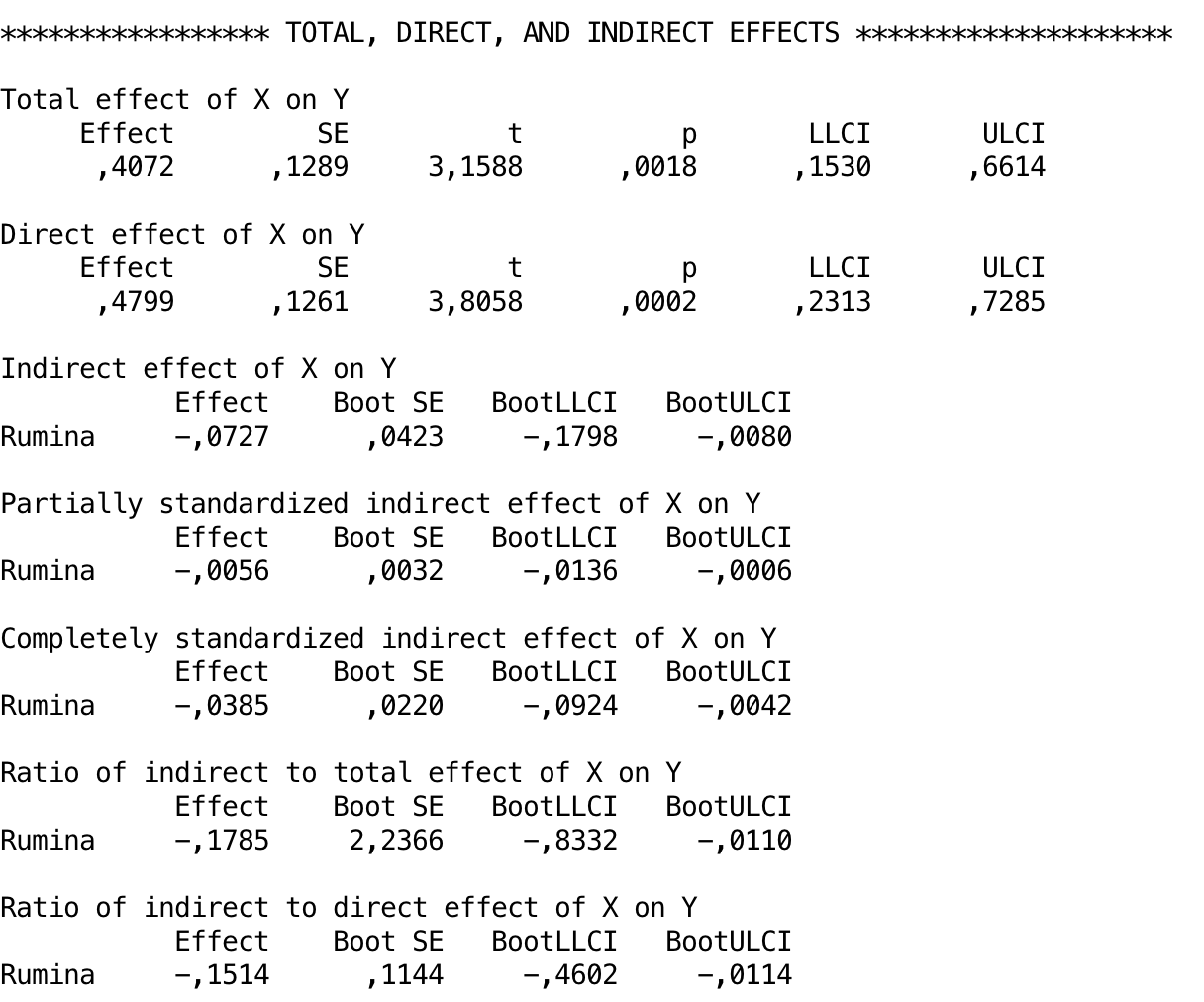 a*b is negative and it is (-.0732); c' path (direct effect) is 0.41. And all are significantly different from zero. As you can see the direct effect and the indirect effect have two different sign. This is a typical case of inconsistent mediation (MacKinnon, Fairchild, and Fritz (2007). This has been well addressed in other threads very much! you might be benefited looking into it.

According to my knowledge, path "a" says what is the expected change in your mediator variable, when your independent variable increases by 1 unit. So in your case, it would be that increase in co-rumination (X), increases rumination (M).

Path "b" says what is the expected change in your dependent variable when mediator increases by 1 unit (controlling for X). So in your case, it would be that increase in rumination (M) decreases satisfaction (Y).

This is, to me, a bit strange that you have a positive relationship between co-rumination and satisfaction but I know nothing about the theory.

Maybe this paper would help you understand mediation more https://www.sciencedirect.com/science/article/pii/S0005796716301887

Not the answer you're looking for? Browse other questions tagged mediation or ask your own question.