Hey I am doing an analysis,

I have 12 securities with weekly observations regarding spread and volume. There was a certain law which I want to test if it significantly influenced liquidity once it got implemented.(liquidity independent variable) Hence, I am testing whether the spread increased or the volume declined after the implementation compared to the period before. Consequently, I am doing an event window period for the time before the law and the time after.

b1 would be interpreted like if the spread goes up by 1 than liquidity should also go up by b1 (same for volume right?) Dt is a time dummy which is 1 for everything from law and later, 0 for everything for the period before. So how can I interpret b3 and b4 regarding liqudity? Also if the signs of the coefficents b3 and b4 are different than from the signs of b1 and b2 what does that mean?

I have observations for the period before and for the period after. The number of firms is constant for all observations and there is no change in firms for the whole data set. For my data set I only have firms that were subject to the law. That is why I created the time dummy variable to measure if the event lead to a significant change in liquidity. Since I don't have observations regarding firms not subject to the law the difference-in-differences estimate can not be applied.

It got pretty long. Thank you for your help!

If it helps you I attached a sample of my Data set.

is it wrong that I already included in the excel the result (ie. 1 * 1.62)? Or do ihave to keep the dummies only 1 and 0 and tell stata to multiply it? 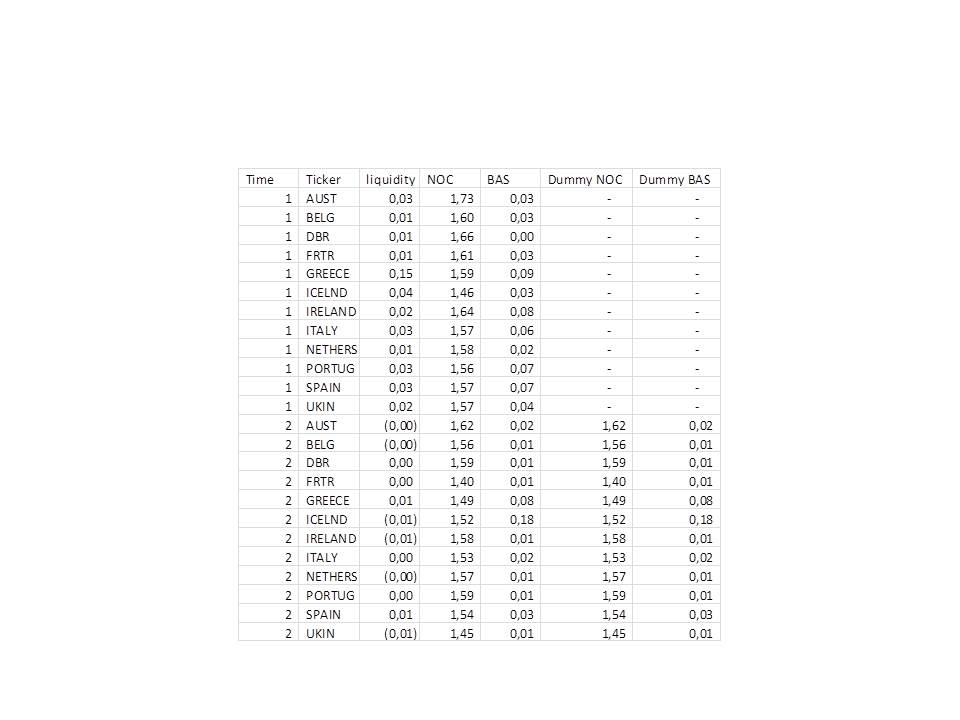 You could create groups from the data, one group for before the change and one for after the change.

Then you could use an "F test about the variance" to test whether the variance between the two groups are significantly different.

Likewise, with the same two groups, you could use ANOVA to test whether the mean of the "volume" variable has changed significantly.

Not the answer you're looking for? Browse other questions tagged regression panel-data or ask your own question.

21
Specifying a difference in differences model with multiple time periods
2
Single time-series difference before and after treatment
5
Dynamic treatment timing in a panel-DiD framework
0
Mining Time to Event with no Censoring
0
How to demonstrate that some variables “do not vary much”?
0
Event Study as Instrumental Variables