How do I know what my VIF limits should be for collinearity should be when doing binary logistic regression?

Using SPSS, I have determined that for each of my IVs the VIF is between 1.2 to 5.1.

I am not sure there are straightforward answers to these questions, but here is my attempt. Let me start with where the variance inflation factor comes from. Let's say $\hat \beta_j$ is a least squares slope coefficient (I know you ask about logistic regression, but let's use OLS as an example because the application extends to other regression models, I will return to some exceptions) and its estimated sampling variance is 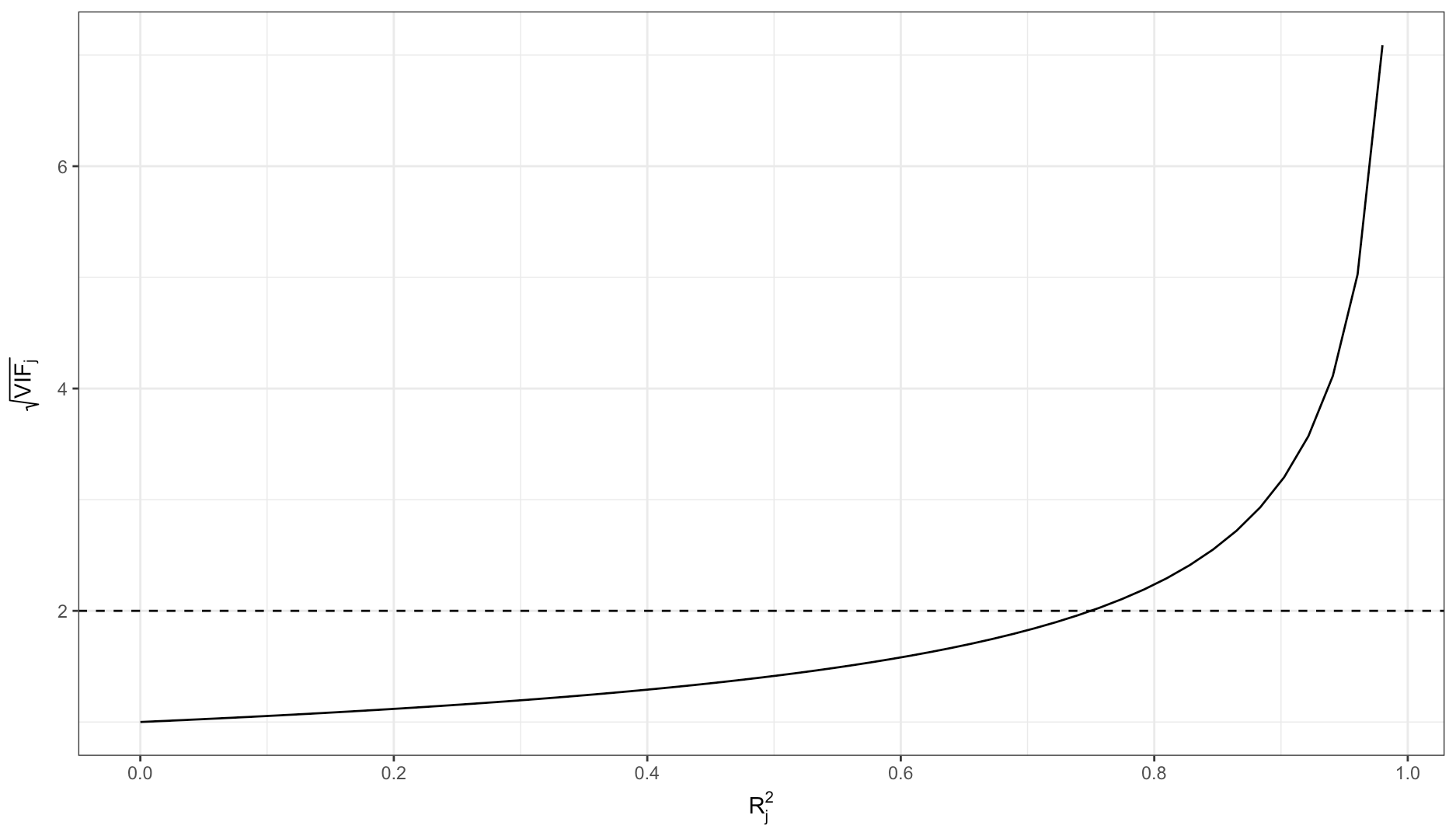 As $R^2_j$ approaches 1, VIF approaches infinity and standard errors will blow up. The cut-off value recommended here is 4 for VIF. But Gordon argues that

A cutoff value of 4 or 10 is sometimes given for regarding a VIF as high. But, it is important to evaluate the consequences of the VIF in the context of the other elements of the standard error, which may offset it (such as sample size...) (Gordon, 2015: 451).

If you check the related questions on the right panel, you will see that how you interpret collinearity depends on your research objectives and analysis as well. Moreover, there are alternative methods to diagnose collinearity (see Peter Flom's answer here). You might want to check those too.

There is one more issue, i.e., the exceptions I mentioned above. The VIF may not be applicable to models where you have dummy regressors constructed from a polytomous categorical variable or polynomial regressors (Fox, 2016: 357). Fox and Monette (1992) introduced generalized variance inflation factor (GVIF) for these cases (Fox answered a question on GVIF here). An implementation of GVIF is avaliable in R package car. I guess this is not the case for SPSS. Still, I think you should take this issue into account.

Not the answer you're looking for? Browse other questions tagged regression multicollinearity variance-inflation-factor or ask your own question.

39
Which variance inflation factor should I be using: $\text{GVIF}$ or $\text{GVIF}^{1/(2\cdot\text{df})}$?
2
How to interpret VIF and Condition Index for the purpose of assessing reliability of formative measures?
1
VIF Values for Multicollinearity

2
How to interpret VIF and Condition Index for the purpose of assessing reliability of formative measures?
3
How to solve collinearity problems in OLS regression?
4
Is it appropriate to test for collinearity in a mixed model using VIF?
2
What to do when ANOVA is significant, but regressors and VIF are not?