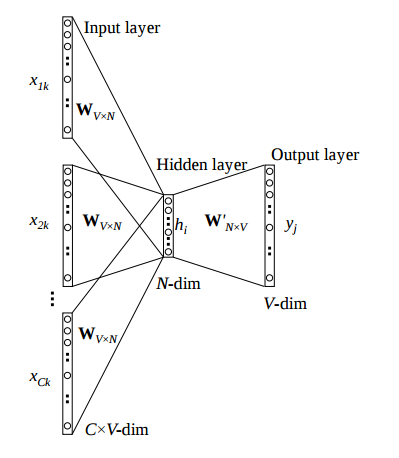 They both capture the word semantics. Not only W, sometimes W' is also used as word vectors. Even in somecases (W+W')/2 has also been used and better results in that particular task have been obtained.

Another thing to notice is that no activation function is used after the hidden layer, so the transformation from input to output is W[i]*W'^T for any activated word i in input. So for every word vector you are trying to learn the words that mostly occurs in its vicinity(context-window).

You can think of the two linear transformation as,

Not the answer you're looking for? Browse other questions tagged natural-language word2vec word-embeddings bag-of-words or ask your own question.