How does the shape of a decision boundary in relate between the original and kernel feature space?

I'm trying to get my head around the mathematics and implementation of SVM and hopefully gain some intuition into how kernels work and perhaps being able to, with a bit more confidence, define my own kernel.

If the original feature space is in 2 dimensions and the mapping is to 3 dimensions, then, in short, I'm wondering:

In order to get some image of what this looks like I attempted the following, see github for more details: 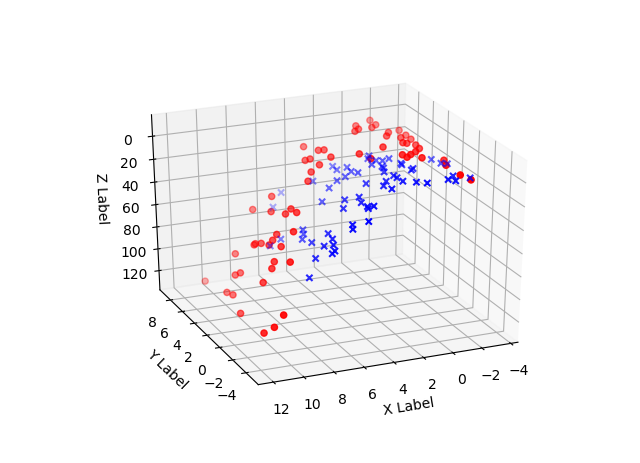 And I can't really see how one could separate the two classes (red and blue) with a flat plane. In fact if I try to create a linear classifier on this extended dataset, rather than using the kernel created, I get the following: 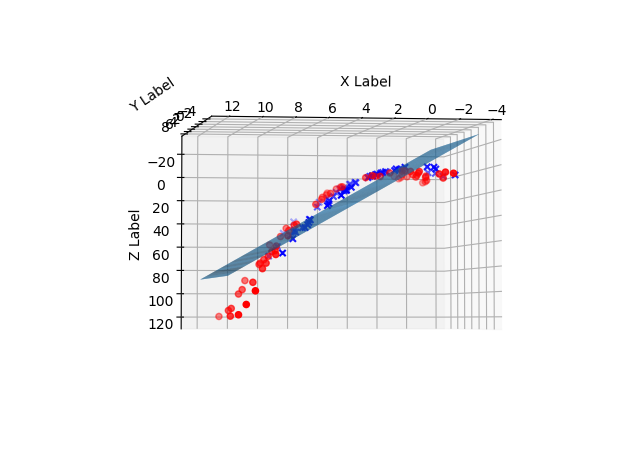 The kernel does seem to work though, when plotting the decision boundary in the original feature space I get: 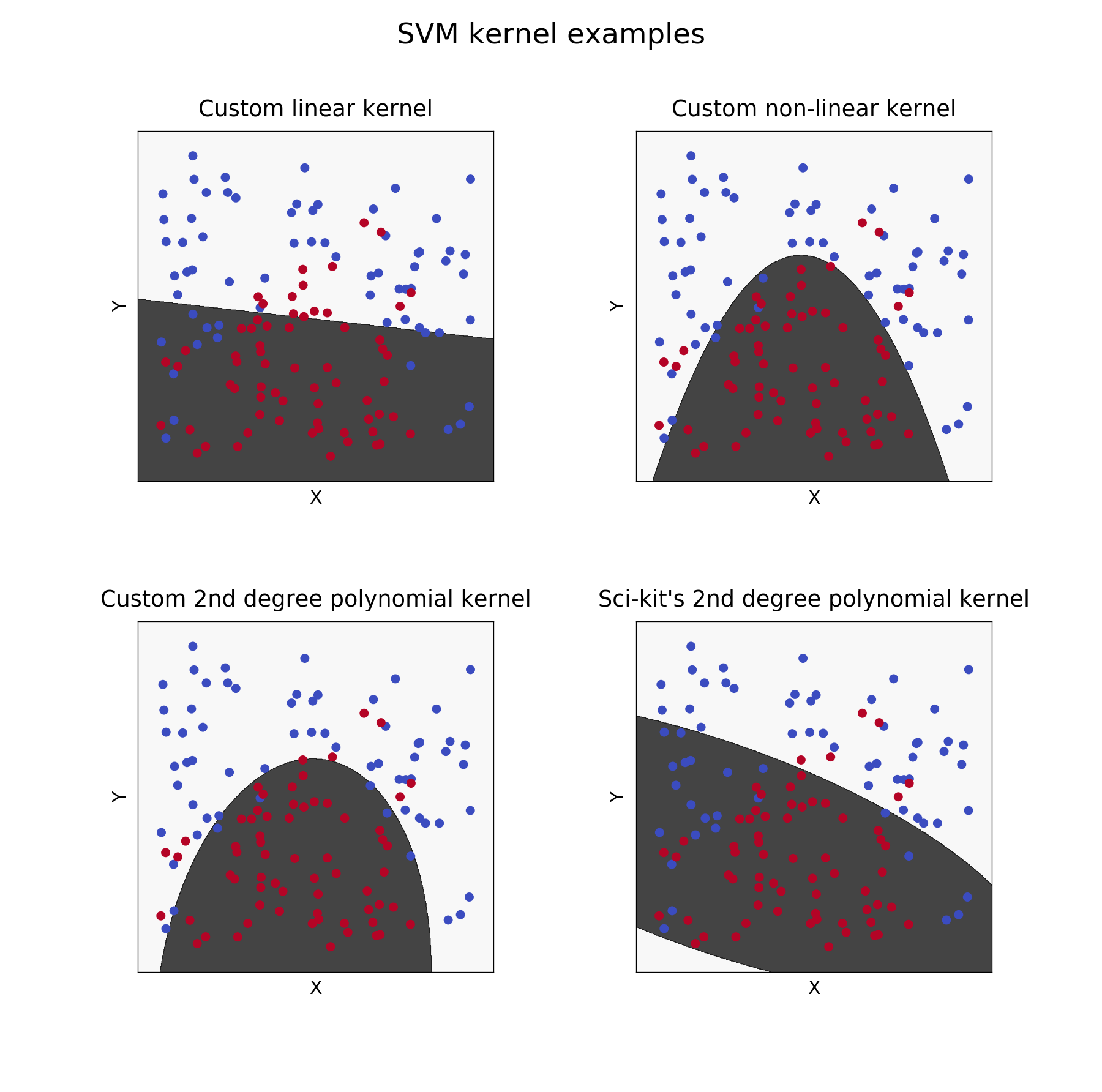 Where the top right plot is using the kernel I described. It correctly classifies everything under a quadratic function as one class and data above as the other class.

What is happening here, I'm sure I've misunderstood something but what?

EDIT: An extra thought, I was wondering whether this has to do with the basis I'm using for the extended feature space, is there some assumption one has to do when choosing the basis for it?

I am also learning the SVM and a novice. In your case, this is my thought:

Initially you had two points (X,Y) in 2D space. When you transform into feature space(3D in your case), I believe you don't have to add X2 term to the existing variable. The X2 term is an extra coordinate to identify your 2 D points in 3 D. Here X2 can be considered as a point in 3rd axis to identify the points in 2D.

You are including a third coordinate along with your existing 2 coordinate and asking how to draw a separation among these three coordinate which I think is not the right way to interpret. You still be having two classes in third dimension but your third coordinate might help you to distinguish the two classes by drawing better plane. In this case X2.

Not the answer you're looking for? Browse other questions tagged svm kernel-trick or ask your own question.

6
SVM basic theory?
10
How do support vector machines avoid overfitting?
4
How do you transform a decision boundary in the angle kernel to the original space?
6
How does a quadratic kernel look like?
4
SVM kernels and decision boundaries
4
What purpose does the kernel trick serve in SVMs?
4
Intuition of regular SVM vs kernel SVM
1
Confusion between basis functions and SVM feature mapping