Pearson increase while Spearman decrease, what does it means?

EDIT 2:
A lot of people don't understand what a PCA is or just don't even read what I wrote, so I deleted this graph to avoid confusion. 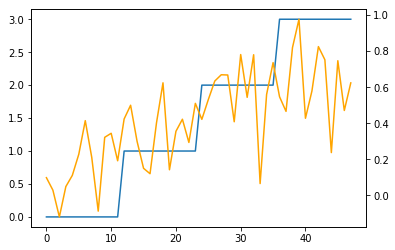 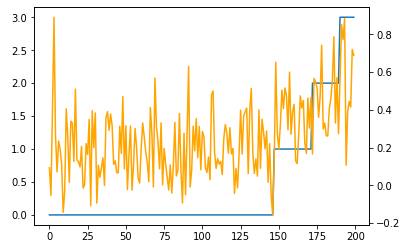 mains differences between both test sets are the number of samples (4 times higher in second) and the score distribution.
For both testSets Pearson correlation increase during training: 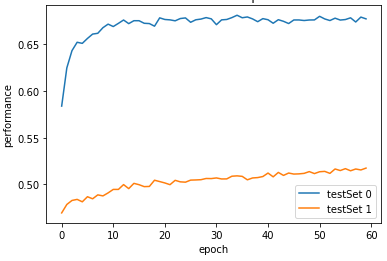 But for the second test set Spearman correlation decrease: 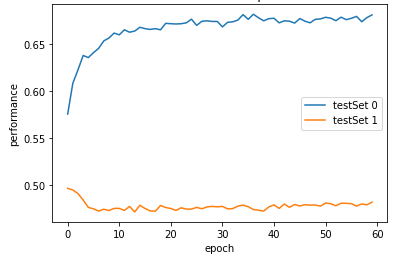 I should have posted those graphs earlier. By the way, the difference in performance between both test set isn't the problem, it's really the fact that Spearman correlation decrease while Pearson correlation increase for the second test set that bothers me.

PS:
I asked this question here in the first place, but I didn't get any answer

Pearson and Spearman correlations use the same formula, just with different inputs.

Here $x$ and $y$ are values for Pearson and ranks for Spearman.

If you have an extreme value (in either variable) then in

2
Pearson r or Spearman correlation to use for ordinal variable with interval variable?
5
How to choose a correlation measure when Pearson is close to 1 and Spearman close to -1?
2
What does it mean if the Pearson's correlation is significant but Spearman is not?