Detecting significant predictors out of many independent variables

You should use cross-validation to select the value of the penalty parameter. If you have R, I suggest using the glmnet package. Use alpha=1 for lasso regression, and alpha=0 for ridge regression. Setting a value between 0 and 1 will use a combination of lasso and ridge penalties, also know as the elastic net.

To expand on Zach's answer (+1), if you use the LASSO method in linear regression, you are trying to minimize the sum a quadratic function and an absolute value function, ie:

The first part is quadratic in $\beta$ (gold below), and the second is a square shaped curve (green below). The black line is the line of intersection. 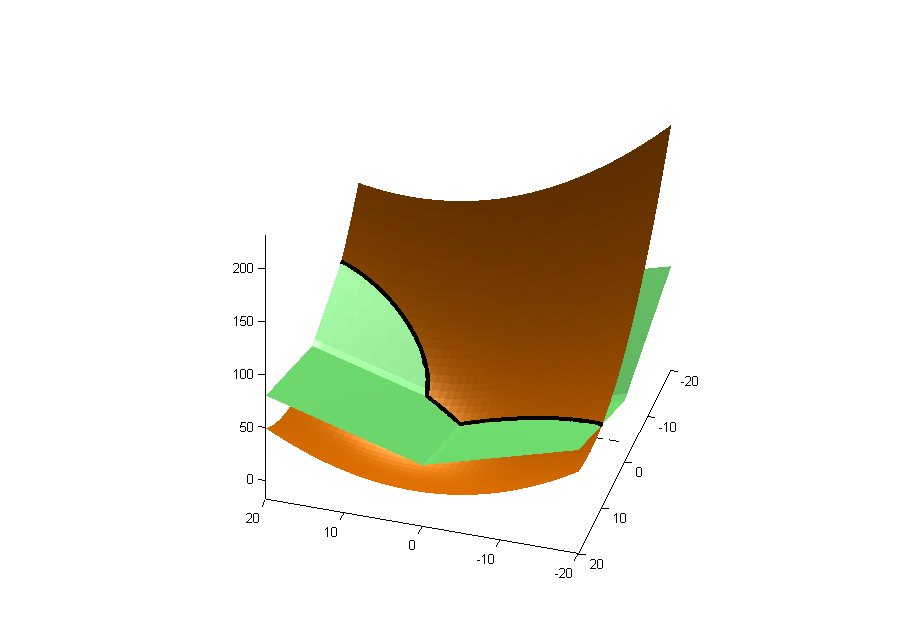 The minimum lies on the curve of intersection, plotted here with the contour curves of the quadratic and square-shaped curve: 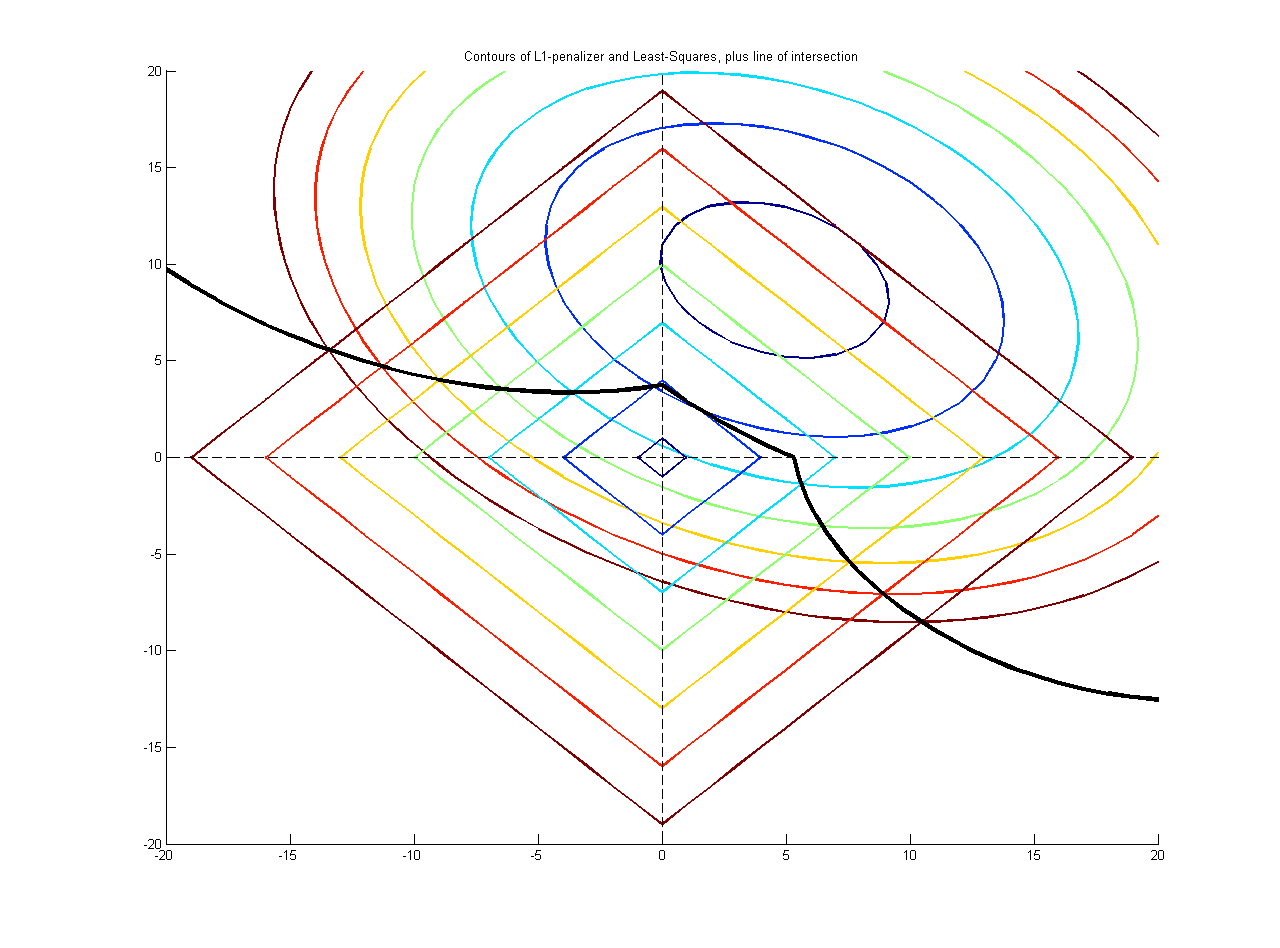 You can see the minimum is on one of the axes, hence it has eliminated that variable from the regression.

You can check out my blog post on using $L1$ penalties for regression and variable selection (otherwise known as Lasso regularization).

What is your prior belief on how many predictors are likely to be important? Is it likely that most of them have an exactly zero effect, or that everything affects the outcome, some variables only less than others?

And how is the health status related to the predictive task?

If you believe that only few variables are important, you may try the spike and slab prior (in the R's spikeSlabGAM package, for example), or L1. If you think all predictors affect the outcome, you may be out of luck.

And in general, all caveats related to causal inference from observational data apply.

Whatever you do, it is worthwhile getting bootstrap confidence intervals on the ranks of importance of the predictors to show that you can really do this with your dataset. I am doubtful that any of the methods can reliably find the "true" predictors.

I remember Lasso regression doesn't perform very well when $n \leq p$, but I'm not sure. I think in this case Elastic Net is more appropriate for variable selection.

Not the answer you're looking for? Browse other questions tagged regression pca feature-selection stepwise-regression underdetermined or ask your own question.

13
Which independent variables are most important in predicting the response variable?
44
Choosing variables to include in a multiple linear regression model
41
How to present results of a Lasso using glmnet?
4
compare two linear models. Linear regression
3
Which are the most important predictors (and how great is their impact) of a continuous dependent variable?
0
Is a multilinear OLS model with a lower adj. R² in any way superior to a linear fit of a single predictor with a higher R²?

14
Does stepwise regression provide a biased estimate of population r-square?
7
Logistic regression assumptions for a model with many binary independent variables
3
Which are the most important predictors (and how great is their impact) of a continuous dependent variable?
3
Choosing predictors in regression analysis and multicollinearity
0
stepwise linear regression on a principal component