I'm reading Hands-On Machine Learning with Scikit-Learn and TensorFlow: Concepts, Tools, and Techniques to Build Intelligent Systems. Then I'm not able to figure out the difference between hard voting and soft voting in context to ensemble based methods.

I quote descriptions of them from the book. The first two images from the top are description for hard voting, and last one is for soft voting. 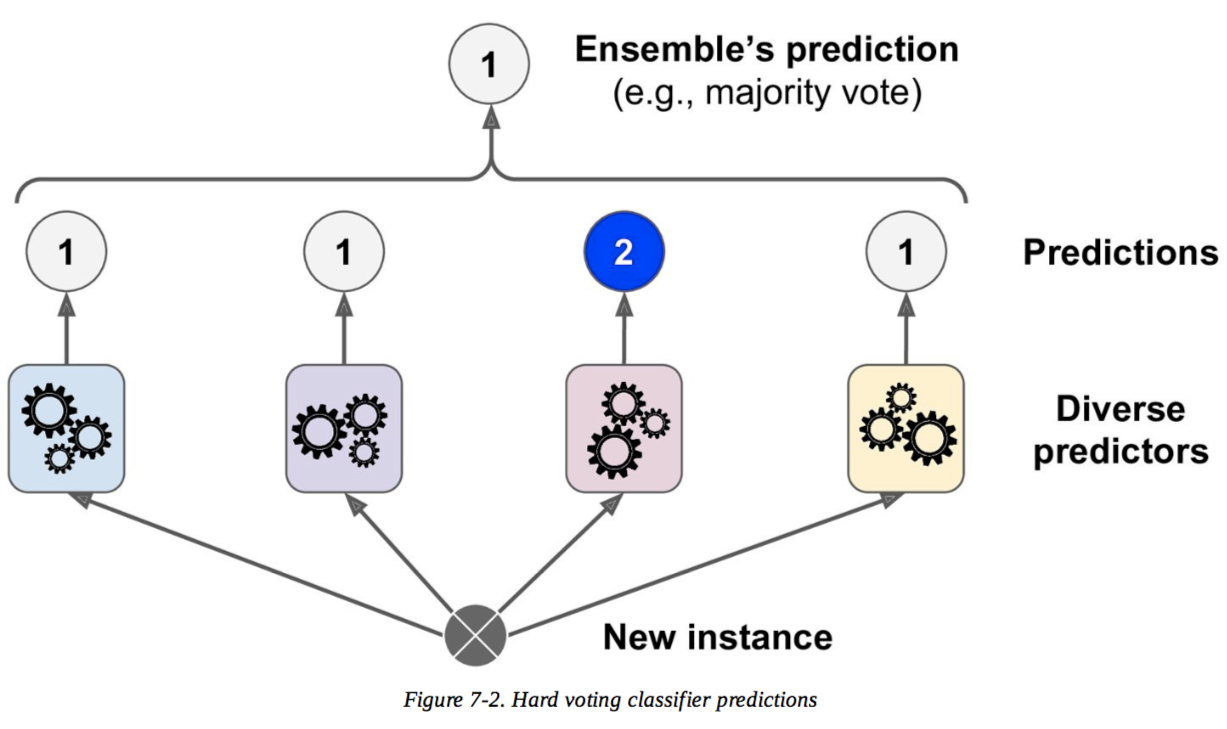 Let's take a simple example to illustrate how both approaches work.

Imagine that you have 3 classifiers (1, 2, 3) and two classes (A, B), and after training you are predicting the class of a single point.

2/3 classifiers predict class B, so class B is the ensemble decision.

(This is identical to the earlier example, but now expressed in terms of probabilities. Values shown only for class A here because the problem is binary):

Classifier 1 predicts class A with probability 99%

Classifier 2 predicts class A with probability 49%

Classifier 3 predicts class A with probability 49%

This is an extreme example, but it's not uncommon for this uncertainty to alter the final decision.

Not the answer you're looking for? Browse other questions tagged machine-learning ensemble-learning or ask your own question.

6
Recommend classification algorithms to try
0
Which Algorithms for predictive recommendation?
20
How do ensemble methods outperform all their constituents?
1
Majority Voting in Ensemble Learning
1
Rule based ISLE Ensemble Generation
1
What methods can be used to overcome the tie-breaking when using majority voting in ensemble?