What is the difference between influential observations and outliers in linear regression model?

As part of a study on airline scheduling in the 1990's, data on 100 randomly chosen nonstop flights between US cities by a major airline were collected. Here we are concerned with flight distance and scheduled flight time. These data provide examples of points that are 'influential' and points that are 'outliers' from the regression line.

A scatterplot from Minitab shows the data along with the regression line: 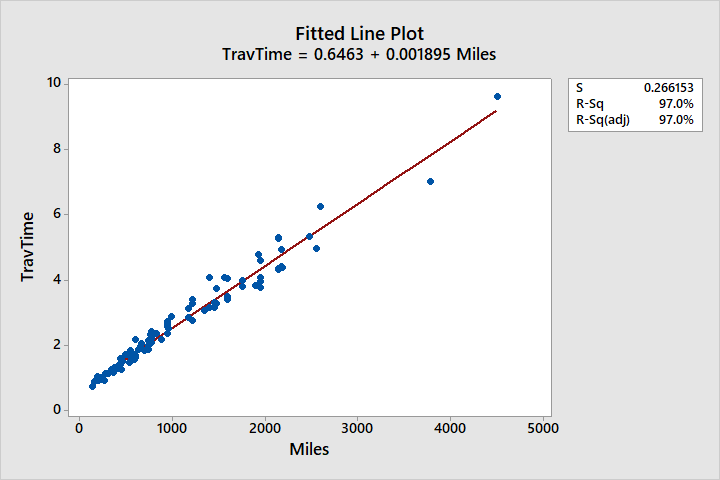 An outlier from the regression line. Another data point $(x \approx 1500)$ shows an example of a flight that is an outlier from the line, in the sense that it has an unusually large (positive) residual, but is not an influential point. (This is a flight for which extra time seems to have been allowed in the schedule because it connects especially congested airports at a busy times of day.) It turns out not to be 'influential' because there are many other flights of nearly the same distance with more typically scheduled flight times. Notice that this point is not an outlier-- either among the $x$-values (miles) or among the $y$-values (scheduled flight time). However, it is an outlier from the regression line because it lies relatively far above the line.

(1) The slope and intercept have direct physical interpretations in this example. The slope 0.001895 hours per mile corresponds to about 528 MPH. That is about the average speed in flight of airplanes used by the carrier at that time (safely below the speed of sound at flying altitude). The intercept 0.6463 hours (about 39 min) corresponds roughly to scheduled time allowance on the ground taxiing and waiting in line for take-off.

(2) You may notice a 'fanning out' as variability about the regression line tends to increase with distance. Westbound flights tend to be faster and eastbound flight slower because of prevailing winds. By taking flight direction into account in a subsequent regression, it was possible to match the assumption that the variability of the regression model is the same throughout the range of $x$ values.

(3) Various statistical software packages have different methods of determining and indicating influential points and ones that have relatively large residuals. Minitab's printout uses X to indicate an influential point and R to indicate a point with a standardized residual larger than 2. (Obs is the sequence of the observation in the data sheet; Fit is the corresponding point of the regression line.) For the regression of the plot above here is the relevant portion of Minitab's printout:

Acknowledgment: This dataset is discussed in Ch 13 of Learning Statistics with Real Data (2002) Duxbury Press. (out of print)

Adjusted $R^2$ for a subsequent regression with a second variable encoding flight direction increases to about 99%. 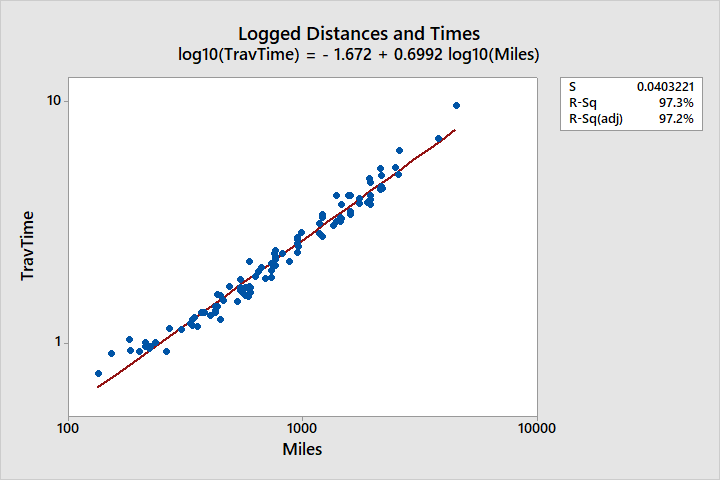 Not the answer you're looking for? Browse other questions tagged regression outliers leverage or ask your own question.