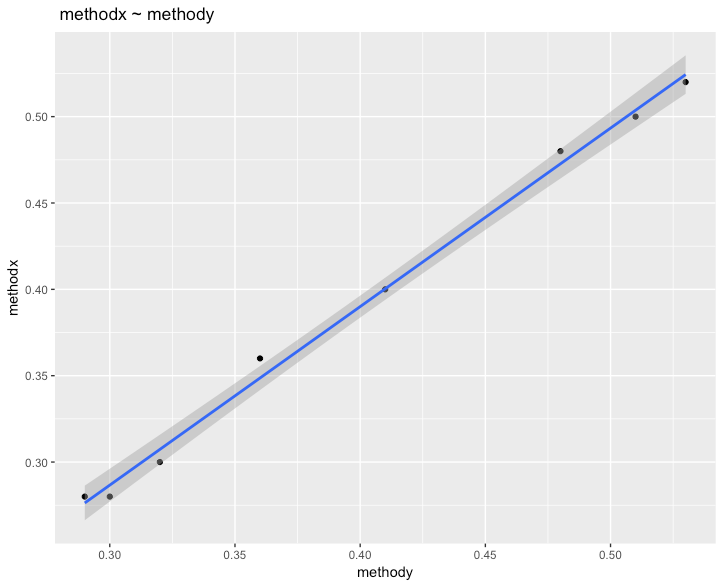 22
Paired t-test as a special case of linear mixed-effect modeling
14
How does one interpret a Bland-Altman plot?
7
How to account for multiple measurements of same person in either two-group comparision or regression?
2
Control covariates in paired t-tests (pretest-posttest design)

14
Comparing two linear regression models
0
Advice on method for correlation and regression of data
5
Under what conditions is Welch's unequal variance t-test more conservative than Student's equal variance t-test?
1
Different (Welch's) ANOVA tests and post hoc contradict paired tests. Which one to accept?
0
Does mixed model of change evaluate mean change or change in means?
0
How to improve the fit of a beta zero-inflated regression model (GAMLSS)?