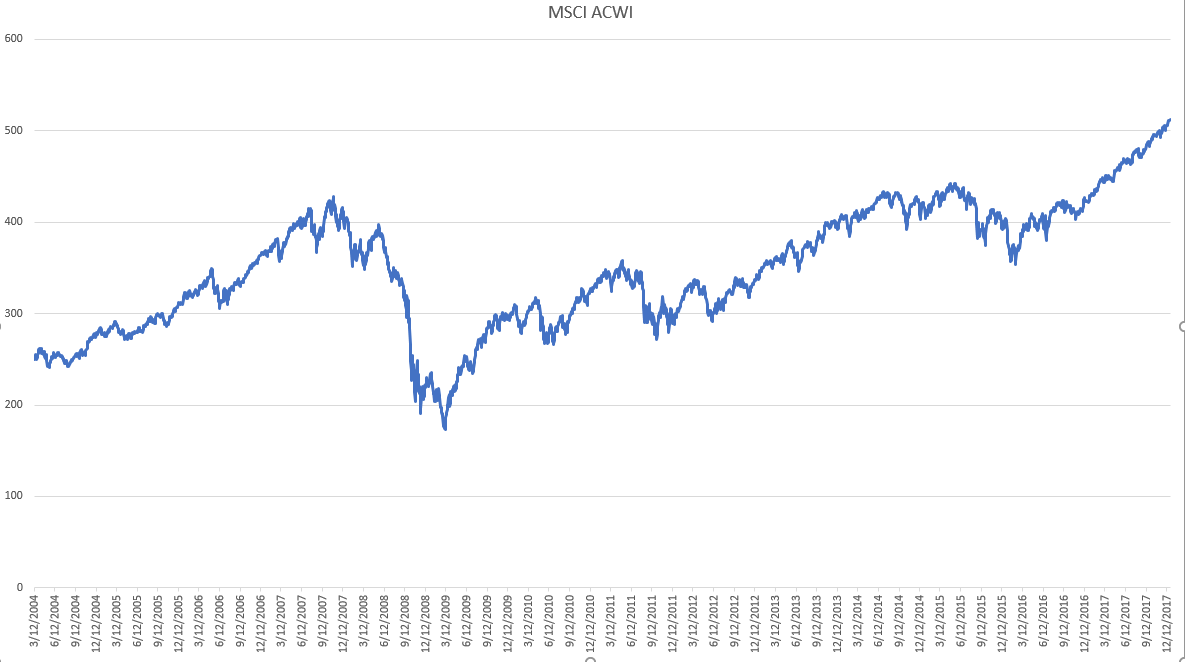 I want to divide the time series data into two subsets (upside and downside markets) using some statistical methods.

Is there any method to divide the dataset into two (upside and downside) in a logistic and systematic manner?

Anyway, if the algorithm may see the whole series, then a simple rule is the one used by equity people to define bull and bear markets: any period without a drawdown of more than, say, 20% is an up move; and vice versa for down moves.

Such a computation is implemented in the function streaks in the R package PMwR (which I maintain). An example, taken from the package docs: the upper graphic shows an equity index (the DAX) for the years 2014 and 2015; the vertical lines show the period of maximum drawdown. The second graphic shows the split into up and down moves, for a threshold value of 10%. The vertical scale is a log scale, i.e. a drop of 50% takes the same vertical distance as a rise of 100%. 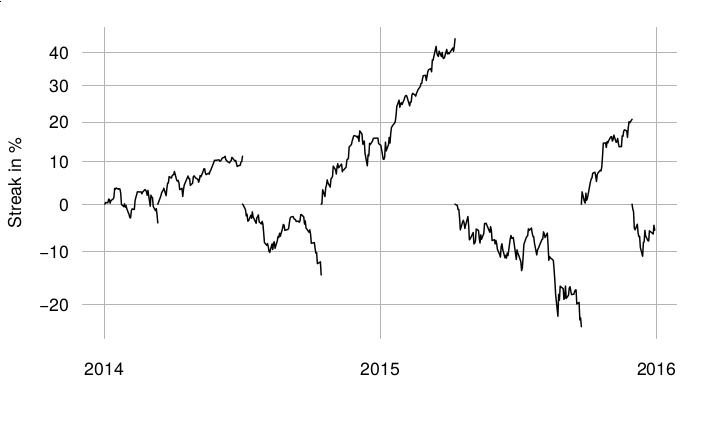