I have done so many research and have read so many posts and manuscripts to find an answer to my question but I'm getting more and more confused. So I found it best to ask my question directly.

As we all know, many statistical test have the assumption of normality. let's think about ANOVA. there doesn't normality mean that in each group the observations must be normally distributed, but the sampling distribution of the means must be normal.

To clarify this, if you take a sample of size k and calculate its mean, then repeat this procedure by sampling n times each with size k, then the means of all these n samples of size k should be normally distributed. and the sample size k must be at least 30 for this to be held in worst scenarios. That is the central limit theorem.

1- So when performing ANOVA, if the sample size in each group is above 30, we know that the central limit theorem is held. That is we don't need to check for assumption of normality. right?

2- But if the sample size in each group is less than 30, If we know the population where the sample comes from is normal (Like we know that blood pressure is always normal), then we don't need to check the normality assumption. Even if Shapiro wilk or other tests claim that the sample is not normal, we still can assume the data as normal since the population is widely known as normal.

3- But if the sample size is below 30 and we don't know what distribution of the population where the data comes from, we conduct the Shapiro Wilk or other relevant tests. right?

4- And if the data is count and obviously coming from Poisson or NB distribution, or if we already know the population is not normal, there is no need to run shapiro wilk and we go for non-parametric tests?

***** Does anybody know if one variable is count and and the other variable is normal, Spearman corr test is suitable?

I'm not a statistician, but I'll hazard a few comments on the first point.

If we have have, say, a very skewed gamma distribution, 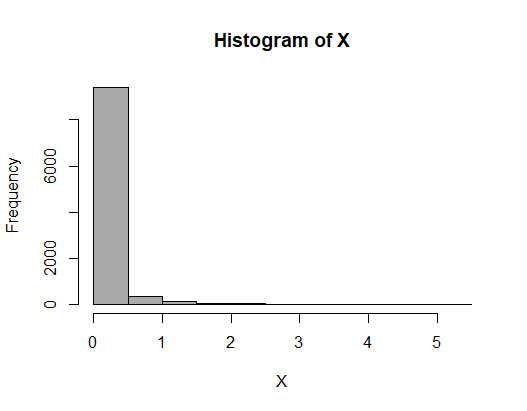 And we have a sample size of 30, and repeatedly sample the means from the distribution, the histogram of means may look something like this. 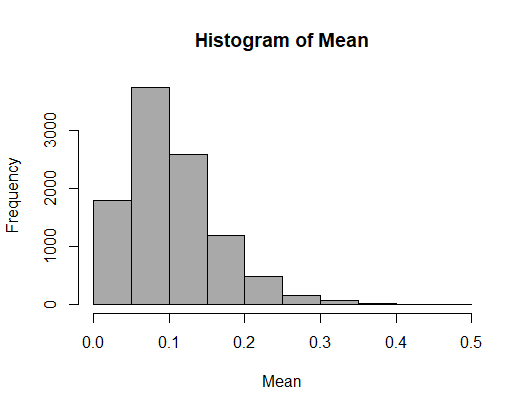 Is this distribution close enough to normal for your purposes?

He's is talking specifically about t-tests.

There have been three modern insights regarding methods for comparing means, each of which has already been described. But these insights are of such fundamental importance that it is worth summarizing them here.

• Resorting to the central limit theorem in order to justify the normality assumption can be highly unsatisfactory when working with means. Under general conditions, hundreds of observations might be needed to get reasonably accurate confidence intervals and good control over the probability of a Type I error. Or in the context of Tukey's three-decision rule, hundreds of observations might be needed to be reasonably certain which group has the largest mean. When using Student's T, rather than Welch's test, concerns arise regardless of how large the sample sizes might be.

• Practical concerns about heteroscedasticity (unequal variances) have been found to much more serious than once thought. All indications are that it is generally better to use a method that allows unequal variances.

• When comparing means, power can be very low relative to other methods that might be used. Both differences in skewness and outliers can result in relatively low power. Even if no outliers are found, differences in skewness might create practical problems. Certainly there are exceptions. But all indications are that it is prudent not to assume that these concerns can be ignored.