Regression Trees: how to split if node has 2 samples 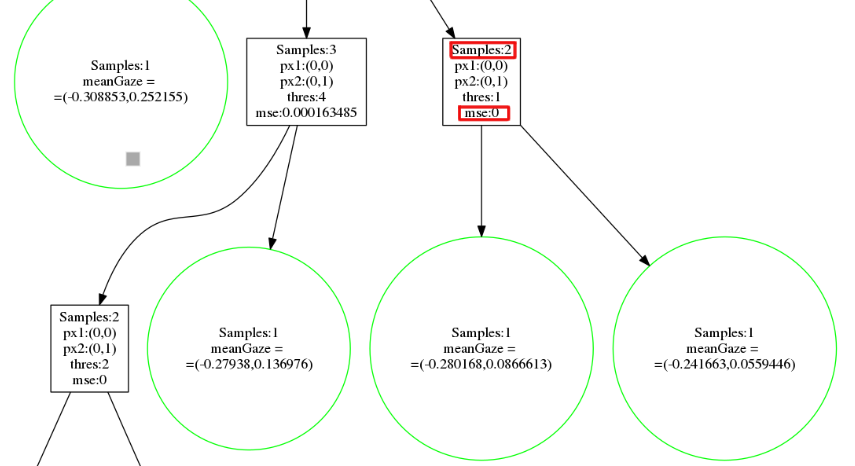 In the situation you have outlined a basic implementation of a decision tree will result in two nodes with one training observation each, at least as long as there is some feature that discriminates between those two observations.

But if you don't do that, then you'll get two nodes, each containing one observation.

Not the answer you're looking for? Browse other questions tagged regression random-forest cart or ask your own question.

20
Regression tree algorithm with linear regression models in each leaf
4
number of nodes in an unpruned decision tree
2
Suitable function to choose the best split in a regression tree/oblivious tree
1
Penalizing to prevent overfitting
9
CART: Selection of best predictor for splitting when gains in impurity decrease are equal?