Locally Weighted Linear Regression implementation in either R or Python

i know statsmodel library in Python and in R, lowess and loess functions are available for this but i have a few problems with them:

is there anyway to implement Locally Weighted Linear Regression without these problems? (preferably in Python)

UPDATE: according to @xavier-bourret-sicotte's answer i used Alexandre Gramfort's implementation for this but still it doesn't seem that i can predict on new unseen data (test set)? is there anyway to implement this in the context of sklearn so we can use predict method?

Is there anyway to implement Locally Weighted Linear Regression without these problems? (preferably in Python)

Yes, you can use Alexandre Gramfort's implementation - available on his Github page. (Alexandre is a core developer of Sklearn) 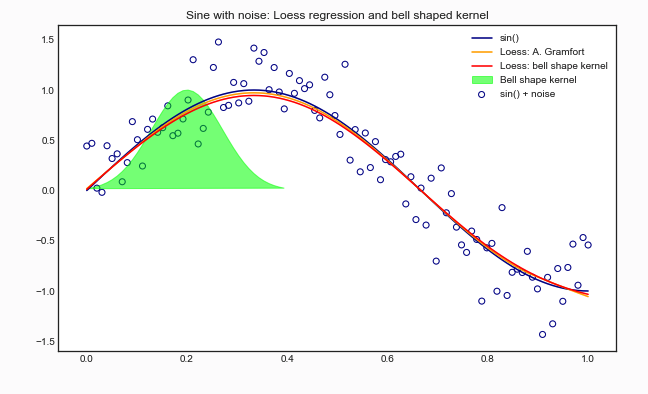 Not the answer you're looking for? Browse other questions tagged r regression machine-learning python or ask your own question.