I'm trying to build a model to predict the percentage of a target audience reached as a function of the amount spent on several media channels (e.g. TV and radio) and the type of campaign. The fitted values of the model should look something like the plot below; i.e. they should have following properties: 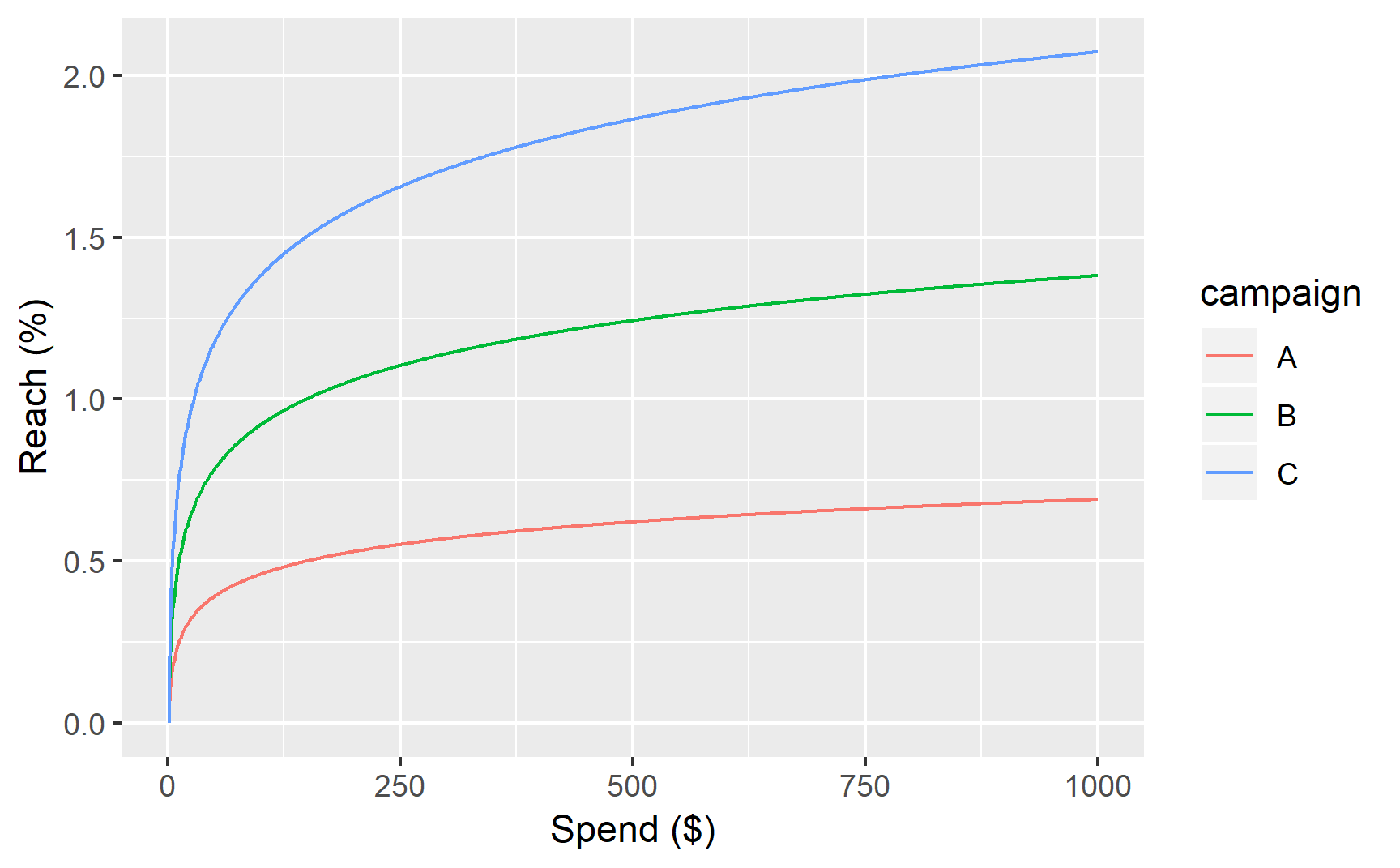 I've been using linear regression - I'm open to nonlinear methods though. The diminishing returns property is simple (modelling the log of spend), but I'm having trouble building a model that includes the other two properties. Initially I thought that I could just include an interaction term between campaign and each media spend (to force the slope of the media spend effect to depend on the campaign type) and exclude an intercept (to force points through zero). However, the main effects of campaign type then cause nonzero reach at zero spend for the levels of campaign other than the baseline level. I can fit a model that specifically excludes the main effects of campaign while still including the interaction effects, but I understand that this is bad practice (this model also gives predictions that don't pass a sense-check - although I'm not sure if this is just because I'm fitting an overly flexible model to relatively little data).

Can someone please advise on methods I could try to build a model with the above properties?

Browse other questions tagged multiple-regression interaction intercept or ask your own question.

2
Fitting lower-order interactions with higher order main effects
1
Modelling a polynomial interaction
0
Why is my interaction term significantly negative when its constituents are both significantly positive?
1
Predicting online revenue next month: Time Series or Regression?
0
Interaction-only model over full model: how to get interaction effects for all levels of a factor
1
Is it valid to add only one interaction in a model with four main effects?
0
Mixed Model / Wilkinson Notation for Interaction Effects