When is an AUC score misleadingly high?

I have an algorithm which gives an AUC (area under the receiver operating curve) of 0.94.

I mean, this is amazing, but... probably too amazing, considering the difficulty of the task I am working on. So how can I tell if the AUC is valid, or misleadingly high?

(P.S. yes, I am training on the training set and testing on the completely separate testing set.)

One possible reason you can get high AUROC with what some might consider a mediocre prediction is if you have imbalanced data (in favor of the "zero" prediction), high recall, and low precision. That is, you're predicting most of the ones at the higher end of your prediction probabilities, but most of the outcomes at the higher end of your prediction probabilities are still zero. This is because the ROC score still gets most of its "lift" at the early part of the plot, i.e., for only a small fraction of the zero-predictions. 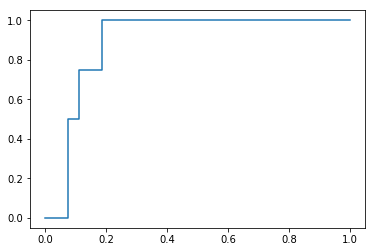 Datasets used for predictive modeling rarely have the variability necessary to develop and evaluate a model as widely applicable as others believe it to be. There are encroaching expectations that models be applicable across seasons, years, in different settings, and among different populations. It doesn't matter whether one uses bootstrapping, cross-validation, or split sample validation when the dataset itself is neither independent nor representative of its target application.

Just the other day, I looked at a patent for an ML algorithm that promised to classify cancerous nodes from radiographic imaging of the lungs. But the cancer cases that were sampled came from a largely white, male, older population... and there were no controls (non-cancer screens). The disconnect between development and application is appalling, there's a complete lack of scientific thought.

Agree with Dan, it could be that your dataset on has a 6% event rate, so 94% 0 and 6% 1's, so the dataset is imbalanced. The model without weights and with a cut-off value of 0.5, will come back as everything predicted as 0 and so will have ~94% accuracy.

If you try using a suitable cut-off value and then recompute the confusion matrix and other metrics, you should get a more resonable result.

Not the answer you're looking for? Browse other questions tagged roc auc metric or ask your own question.

150
Why is accuracy not the best measure for assessing classification models?
2
ROC and AUC for imbalanced data?

2
Can someone sort me out regarding the calculation of AUC?
1
What metric to use as the cross validation error in the training set for a binary classification problem?
11
Is AUC the probability of correctly classifying a randomly selected instance from each class?
3
Does AUC/ROC curve return a p-value?
2
How to distinguish overfitting and underfitting from the ROC AUC curve?
7
What is the relationship between the Harrel's C and the AUC?