Multiple imputation is known to be advantageous compared to single imputation. However, in practice there are often non-statistical reasons why multiple imputation can not be used (e.g. the data recipient isn't educated enough to deal with multiple data sets; the boss of a company doesn't want it; ...). 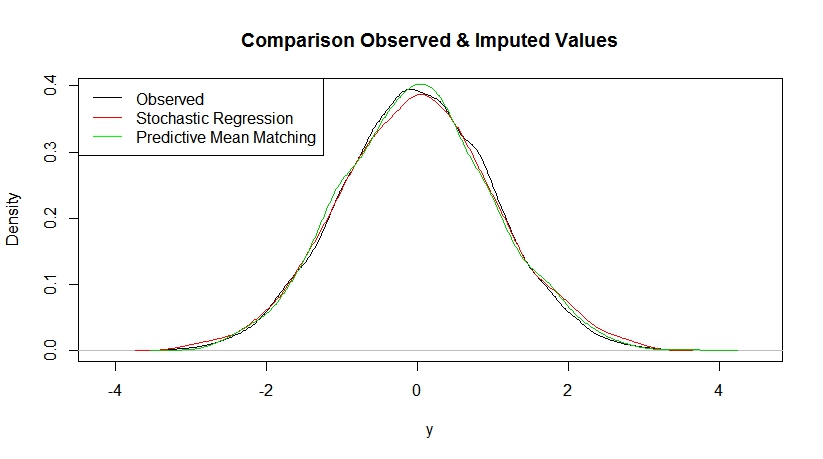 Question: If multiple imputation can not be used, is there any reason, why single predictive mean matching should not be used instead of typical single imputation methods such as stochastic regression imputation?

The two approaches should be equally good or bad. The bigger point is that a boss who wants you do dumb down an analysis is not respecting the statistician for her area of expertise. Single imputation, whether regression or PMM can be used as you did by taking only one draw, and the resulting fitted equation will be nearly unbiased. But it will have higher variance and we'll have no way of getting standard errors on the coefficient estimates. So inform your boss of what exactly the trade-offs are.

Not the answer you're looking for? Browse other questions tagged r missing-data data-imputation multiple-imputation regression-strategies or ask your own question.